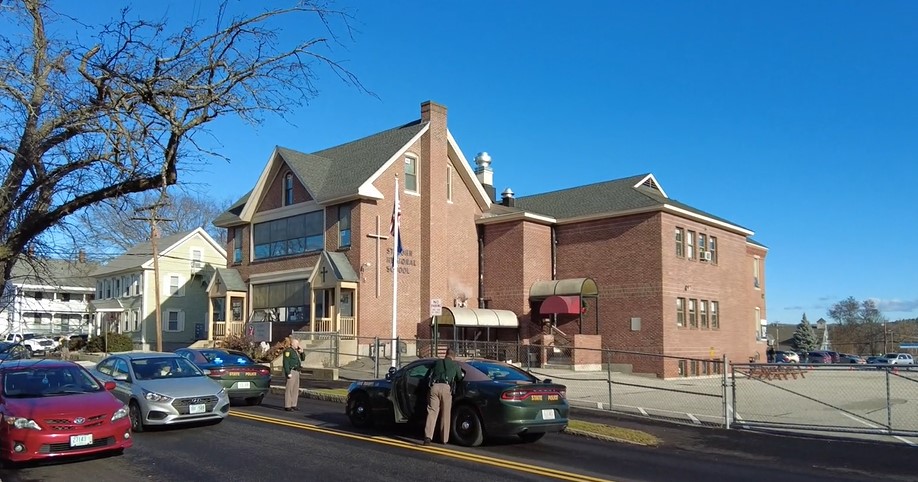 Police presence at St. John's Regional School in Concord Thursday for active shooter report, which police have deemed part of a hoax.

CONCORD – Multiple calls reporting active shooter threats to schools across the state Thursday morning are believed to be a hoax, according to the Department of Safety. The department didn’t say which schools or how many received the threats.

Concord police responded to St. John’s Regional School for an active shooter report Thursday morning. The children were attending a mass at the church next door at the time. At 10:30 a.m., Concord police said there appeared to be no threat and children were being reunited with their families.

“It seems to be secured and everything is alright,” according to Concord police.

One parent said police placed some officers in the church and locked the doors until it was clear there was no threat.

“At this time, these reports are believed to be a hoax,” Sununu said. “However, all threats will be taken seriously until such time as their validity is determined. All state agencies are coordinating in this response, and we remain on top of this situation. We would like to thank all local partners for their diligence in responding across the state.”

New Hampshire Homeland Security and Emergency Management’s Director Robert Buxton told WMUR he couldn’t confirm how many or which schools were impacted. WMUR said they had reports about schools in Claremont, Littleton, Laconia, Dover, Franklin and Portsmouth also being affected.