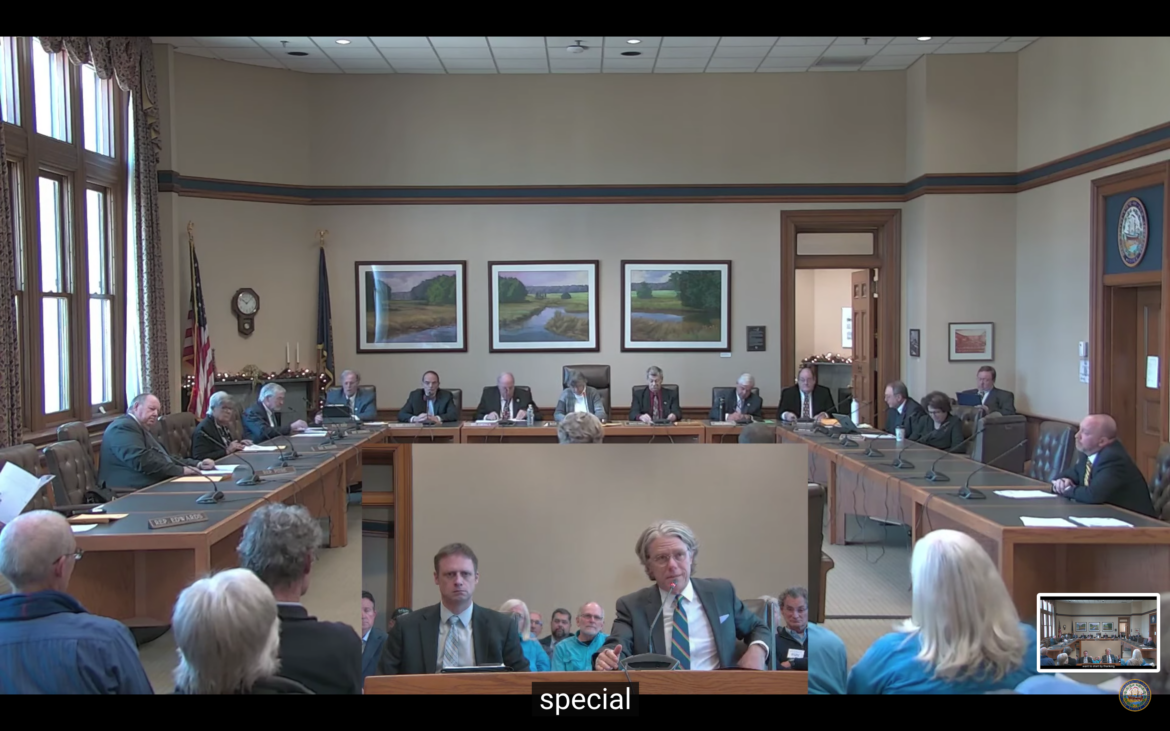 CONCORD — More money will be available to help expand broadband internet to unserved and underserved areas of the state after the Joint Legislative Fiscal Committee approved using $65 million in federal funds for the work.

Last month, the committee tabled the request from the Business and Economic Affairs agency with concerns over how applications were awarded in the initial round of funding, if there was duplication of services, and how the federal and state requirements for the projects aligned.

On Friday during a special and final meeting of the committee this term, the plan was approved on a 10-0 vote.

Taylor Caswell, Business and Economic Affairs Commissioner, told the committee high-speed broadband is a necessity in today’s world for individuals, businesses and health care organizations among others.

For many little to no progress was made to expand access to rural and other underserved areas as providers have balked at extending services to sparsely populated areas.

Access to areas of the state was poor before the COVID-19 pandemic, he said, but now is even more problematic.

“It is impacting our economy and making us more uncompetitive,” Caswell said. “The state has received a $125 million opportunity we have never had before and we won’t have again.”

The state has two programs available: one intended to bring broadband to areas that would not have the service without state support, the Broadband Connect Program which has already awarded $50 million in projects, and is set to award another $40 million in its second round, and would use existing service providers.

And the Broadband Matching Grant Program, which provides 75 percent of funding with a 25 percent match, as communities work with internet service providers to map unserved and underserved areas and propose projects to address access.

Committee member Rep. Peter Leishman, D-Peterborough, said his concern is the agency may not be following the law to make sure as many communities as possible receive service.

Hancock has areas with only dialup service, and applied for funding for the first round, but was not approved, and has applied for the second round of funding.

“Are the people in Hancock ever going to have the possibility of service,” Leishman asked, and “the other unserved people particularly up north?”
Caswell said they had to make some changes in the law passed in 2021 to align with federal requirements, which slowed the process some, but “we are very much within the schedule.”

He said they initially tried to address “the low hanging fruit” of places that do not have service.

The initial round hooked up 23,000 to the internet across 73 communities, he noted, and they believe the second round will provide an additional 15,000 hookups.

They have $125 million in federal COVID Capital Project Funds and expect at least another $100 million through the federal infrastructure bill, Caswell said.

Senate Majority Leader Jeb Bradley, R-Wolfeboro, who was the sponsor of the matching grant program, said it was intended to get the internet to areas of the state that had no service.

“The question that has arisen is duplication,” Bradley said, “and how you verify addresses where the wires were installed.”

Caswell said the Federal Communication Commission’s mapping data is not sufficient to meet the needs of the state program, but many communities have already mapped the unserved and underserved areas and that information is included in applications made with service providers for the matching grant program.

Sen. Jay Kahn, D-Keene, said approving the request will provide some clarity to communities working to expand broadband and that might have a town meeting or a bonding request coming up.

But he noted the $125 million now available will not be enough to address all the needs, and asked how much more money would be available in the future to help add more accessibility.

Mark Laliberte, who is overseeing the projects for the agency said the federal infrastructure bill contains $42.5 billion for broadband and guarantees each state $100 million, although the allocations won’t be known until June and state’s will have until 2028 to use the funds.

Rep. Jess Edwards, R-Auburn, noted that in the future the standard is expected to be eight gigabits, five for downloading and three for uploading, while the state program aims at providing 1 gigabit.

“Is our investment now going from a horse and buggy to  a Model T when the interstate highway system is rolling out,” Edwards asked, and wondered if the technology would allow for such expansion.

Laliberte said they are aware of what is expected to be future technology standards and the infrastructure would support the expansion.

Many people from the North Country and other unserved and underserved areas with projects in the planning stages and some with applications before the agency filled the hearing room.

Many were concerned changing the requirements for the matching grant program at this time as some had suggested would delay access to broadband another two years.

The proposal approved by the committee Friday did not make any changes in the program.