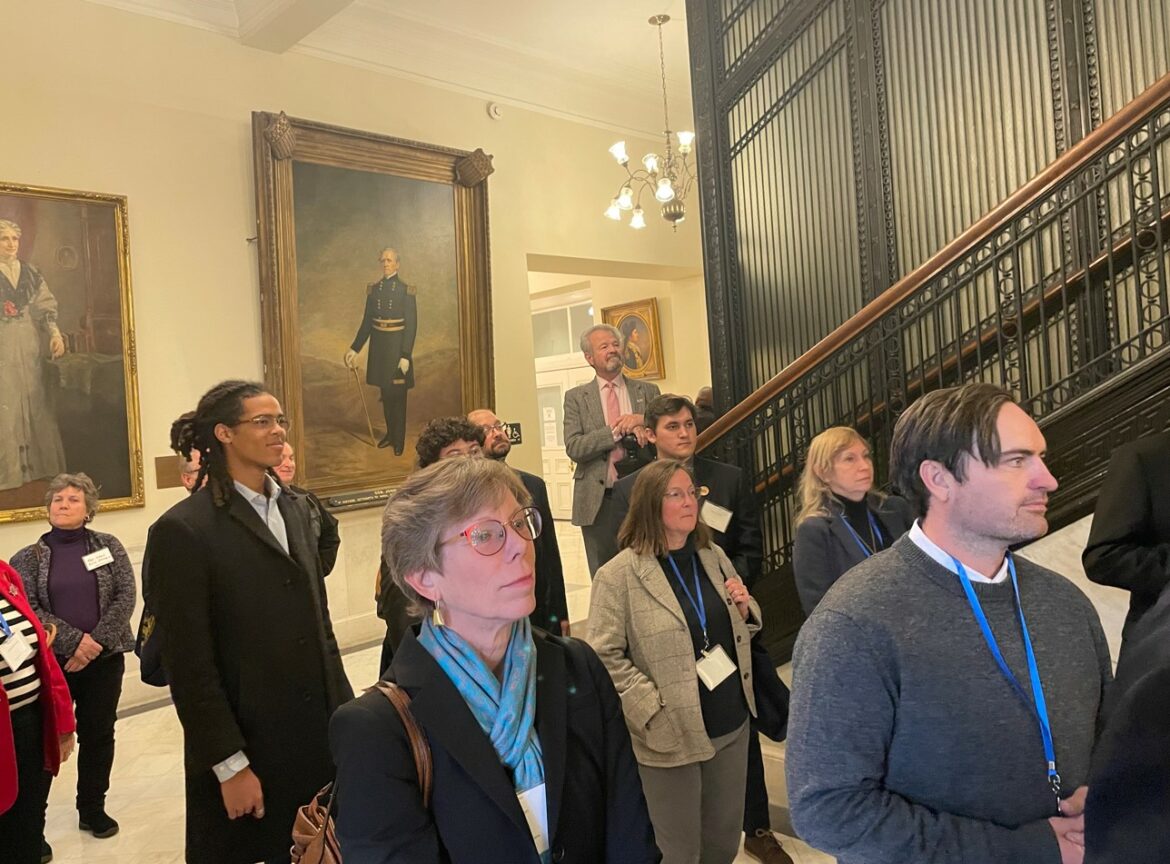 CONCORD – It was the first day of orientation for about 110 new members of the House of Representatives on Tuesday.

The newly elected representatives to the 400-seat chamber got a guided tour of the historic chambers from the staff of the State House Visitors Center.

For Lisa Mazur, it was her first tour of the State House, as she entered the chambers which have been in continuous use since 1819.

She noted she recently became a U.S. Citizen and for her, becoming an American and an elected leader is a lot to digest in a short period of time.

She said she hoped she might be chosen for a committee like Health and Human Services but right now, she was just all eyes, waiting to learn how she will serve.
The orientation includes information on how they will be able to file legislation in addition to where to park and locations for the bathrooms.

The freshmen was broken into several groups touring the building as people like Gov. Chris Sununu walked by.

“We had a little caucus last week,” Mazur said of the Republican gathering, but she said she was just learning about things like where to get mail.

The next few days will include more information so the freshmen will be able to hit the ground running and that starts next Wednesday when the entire body of both the House and Senate convene for the first time, in an event called Organization Day.

Organization Day, which is the first Wednesday in December, is the day the House and Senate elect their leaders, as well as the Secretary of State and the State Treasurer.