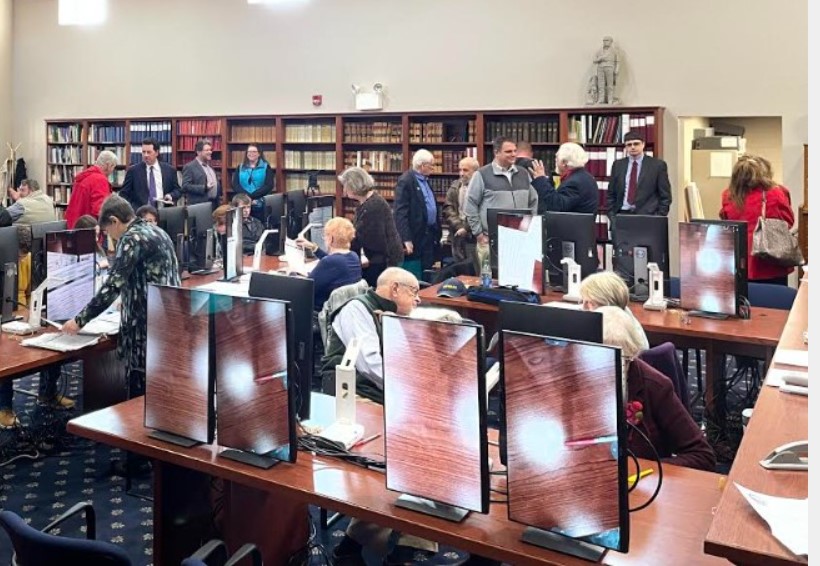 State archives room is pictured Nov. 14, during the Manchester Ward 6 House recount won by Maxine Mosley by one vote. A judge on Nov. 22 ordered a full recount of that race and she lost to incumbent Republican Larry Gagne.

CONCORD – The Ballot Law Commission has its hands full Monday with appeals from a number of ballot recounts, including the unusual case of the House of Representative Manchester Ward 6 court-ordered second full recount.

On Nov. 14, Democrat Maxine Mosley was announced the Ward 6 winner, flipping the race from incumbent Republican Larry Gagne by one vote, but after Judge Amy Ignatius ordered all ballots recounted Nov. 22, Gagne was back on top by 26 votes in a contentious race where the legal wrangling appears likely to continue.

Both candidates in the tie vote recount in Rochester Ward 4 appealed to the Ballot Law Commission, and John Greer, the Republican in Coos County District 7, who lost in the recount to Democrat Eamon Kelley by two votes also appealed, among others.

The commission meeting starts at 10 a.m. Monday in the state archives in Concord.