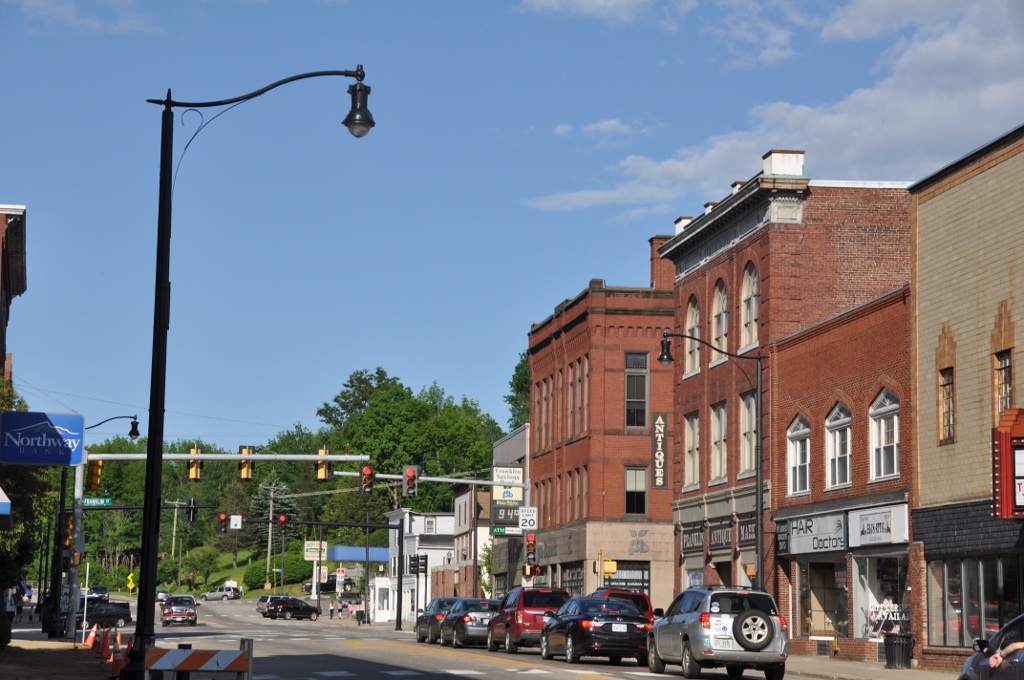 A new hate incident in Franklin, this time white supremacist graffiti painted on a downtown building, has city leaders looking for answers.

Mayor Jo Brown said the city’s task force to combat hate, formed after a Jewish business owner was targeted by a hate group this summer, is working on stifling hate with education and positivity.

“We’re not there yet but we’re working on it,” Brown said.

Franklin Police are investigating this week’s graffiti, painted on a building downtown, and Brown said the New Hampshire Attorney General’s Office has been looped into the investigation.

It is not clear who is behind this week’s graffiti, Brown said. This is the second time this year Franklin leaders have dealt with hate-influenced issues. Over the summer, members of the notorious hate group, NSC 131, targeted Miriam Kovacs, owner of the Broken Spoon, which is a Jewish-Asian fusion takeout restaurant.

NSC 131, also known as the Nationalist Social Club, is a neo-Nazi hate group active in New England. The group has a chapter active in New Hampshire. In the past year, the group has targeted businesses on the Seacoast for harassment, and even threatened former Nashua Democratic state Rep. Manny Espitia.

State Rep. Charlotte DiLorenzo, D-Newmarket, recently spoke about receiving a racist email from a different group. Attorney General John Formella is investigating the email from a man who identified himself as the founder and president of a group called the New England White Network.

NSC 131 was founded in eastern Massachusetts and its members are tied to violent Neo Nazi groups like The Base, Aryan Strike and Patriot Front. The group has off-shoot chapters in Europe and some southern states. NSC 131 graffiti has been spotted all throughout southern New Hampshire, and the group has made appearances at Nashua City Hall and Nashua School Board meetings, among other incidents.

This summer, the group hung two banners over a highway in Dover that read: “Keep New England white” and “Defend New England.”

The group is virulently anti-Semitic and calls for expelling Jewish people from the United States. The group also calls for violence against Jews and minorities.

The number of hate incidents by extremist groups have tripled this year over last year, according to Peggy Shukur, with the Anti-Defamation League.

Shukur said there is a lot of hate in public conversation that gets normalized and anytime there is economic insecurity there is a tendency to look for a scapegoat. Shukur said that is a time when people feel emboldened to act on their hate.

“When you see it, please report it,” Shukur said.

Franklin, New Hampshire’s smallest city, is going through a lot of changes, according to Brown. The city’s revitalization is in full swing with the white-water park opening, new businesses coming to the city, new housing getting built, and new people moving in.

The influx of new people means it is more important than ever for the task force to address hate and stop it from spreading.

“We need to learn to accept everybody for who they are,” Brown said.

Residents interested in contributing to the task force can contact their city councilors, and attend the next meeting set for Dec. 14.