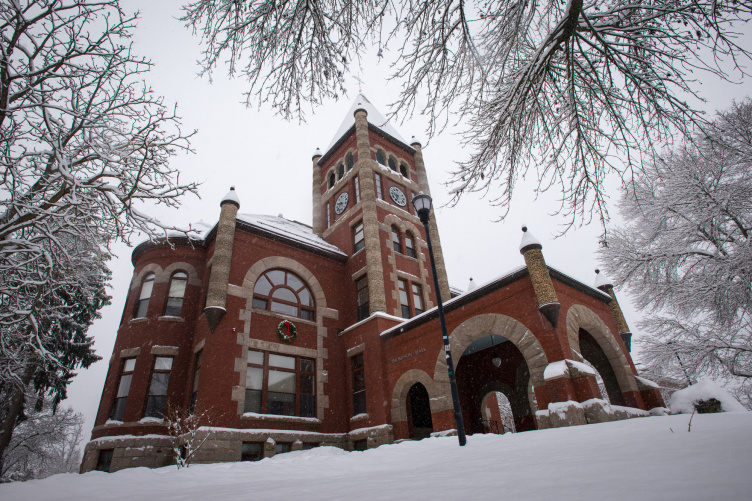 DURHAM – The number of women who were victims of rape and sexual assault at the University of New Hampshire rose sharply, up by close to 65 percent, according to the school’s annual safety report.

Named for Jeanne Clery, the Lehigh University student raped and murdered on campus, the Clery Act requires all colleges and universities that accept federal financial aid to collect data on crime that is reported on campus and make that information available to the public. The annual report for UNH was released to little fanfare in October.

Erika Mantz, the UNH director of communications, said any report of rape is concerning, but she said women are safe at UNH despite the increase in reported sexual assaults.

“Durham has consistently been identified as one of the safest college towns by Safewise, an organization that ranks the safest and most dangerous college towns based on crime rates as calculated from FBI crime data,” Mantz said.

Rachel Stewart, director of the UNH Sexual Harassment and Rape Prevention Program, or SHARPP, said most crimes of sexual violence are underreported. That means that statistics compiled in the UNH Clery report likely show fewer assaults than reality.

“When interpreting the institution’s Clery reports, it is important to keep in mind that It has been known and documented for years that sexual and domestic violence are extremely underreported crimes—thus, professionals in the field expect numbers to increase as public awareness also increases and education about resources helps remove barriers to reporting and encourages people of all genders, not just women, to report,” Stewart said.

Statistics from the 2020 academic year don’t show the full picture, Stewart said, as COVID and the school lockdowns skewed the numbers. Stewart said that nationally, statistics indicate the sexual assaults went up during the lockdown months of 2020. UNH’s reported assaults went down that year and spiked in 2021 after students returned to campus full-time.

The current Clery report shows all crimes that occurred on and off campus involving UNH students for the years 2021, 2020, and 2019. Aside from rapes, reports of stalking were also way up in 2021 with 21 reported cases, up from nine in 2020. There were 21 cases of reported talking in 2019.

Stewart said the college needs to continue to focus on supporting victims who come forward after they are assaulted to subject to violence. The school also needs to keep working on prevention programming and efforts to encourage students who see an instance of violence to step forward.

Mantz said the school does have many resources available for survivors of assaults, and the school takes many steps to prevent violence against women.

“We use evidence-based practices and innovative technology, including ‘Bringing in the Bystander’ training and the uSafeUS app, to encourage students to look out for each other, report suspicious behavior and take steps to keep our community safe,” Mantz said.