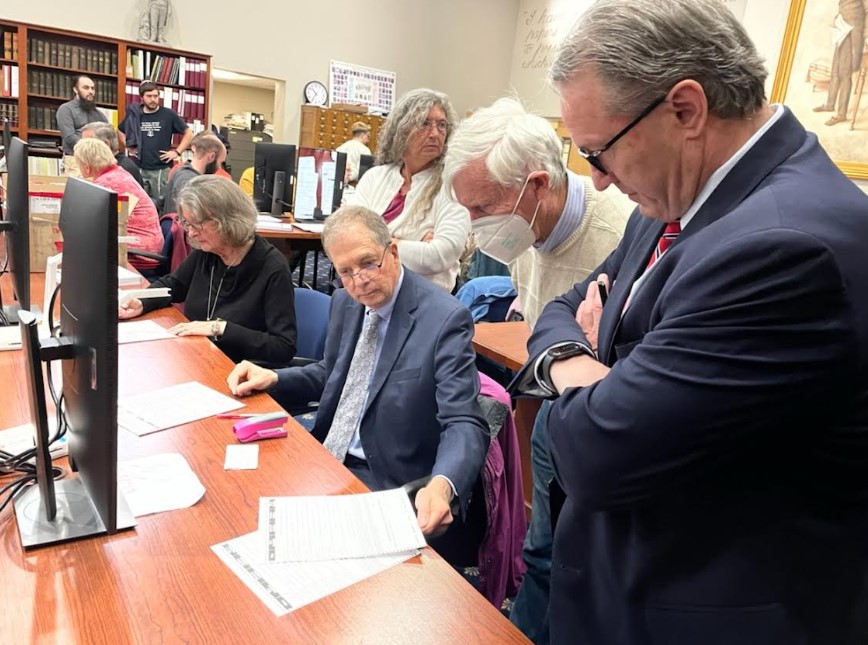 CONCORD – Two recounts for the House of Representatives ended with no change in outcome Thursday, but new questions were raised in some other recounts.

Secretary of State David Scanlan said there will be a continued counting of one of the recounts that flipped one House seat this week from Republican to Democrat in Manchester’s Ward 6. And the Ballot Law Commission will be asked to count 27 absentee votes just found in a Brentwood race that was decided by just 15 votes.

The House of Representatives still looks as though it is nearly equally divided between Republicans and Democrats for the next two years, but the exact split won’t likely be known for at least a few more days as the election recounts continue at the state archives in Concord.

By Thursday, the House count stood at 199-201 for a Republican majority with one of those seats being a toss-up as to who will sit for Rochester’s Ward 4. The election recount for the House ended in a tie.

It will either be decided by the Ballot Law Commission or a vote of the new House when it convenes.

Relative to the Hillsborough County State Representative District 16 (Ward 6) recount, which flipped one seat from Republican to Democrat earlier in the week, Scanlan said in a notice sent to the press that counting will instead continue.

“Reconciliation revealed there is insufficient certainty that all ballots cast in that race have been recounted, necessitating further counting,” Scanlan wrote.

Additionally, Scanlan noted, while reconciliation efforts were ongoing, the office of Governor was recounted on the ballots cast as required by law and this ‘audit’ recount disclosed that the total number of ballots cast is greater than the total accounted for in the Hillsborough County State Representative District 16 race.

“This indicates that some ballots from the Representative District 16 race have not yet been counted at the recount…As a result, the process of recounting the ballots cast in that race will now continue starting on Monday November 21st, 2022, at 4 p.m.,” Scanlan wrote.

On another recount, he said the Rockingham County District 6 race in Brentwood would be looked at by the Ballot Law Commission because it appeared that some absentee ballots were not counted.
He said the recount of the election concluded that Democrat Eric Turer received 1,213 votes and that incumbent Republican Melissa Litchfield received 1,198 votes. The margin of victory is 15 votes.

“An examination of the Absentee Ballot Materials, sealed into boxes by Brentwood election officials and transferred to the Secretary of State with the boxes of ballots disclosed 27 absentee ballot affidavit envelopes that still contain ballots. Preliminary indications are that these voters were marked as voting on the checklist and on the clerk’s list of absentee voters, but the absentee ballots were not removed the envelopes, cast, nor counted,” he said.

After recounts on Thursday, there were no changes in the outcome of two close races for the House in Hillsborough Ward 42 (Lyndeborough, Mont Vernon and New Boston) which saw three Republicans elected nor was there a change in Merrimack District 12 (Pembroke) where a Democrat and a Republican won.

The first race was won by just three votes but in the recount, it was won by eight votes. In Pembroke the gap was 47 votes.

At the state archives, where the recounts have been held all week and will continue, counters and observers were also doing recounts for three House seats in Nashua, Wards, 5, 1 and 9 where the Democrats won all but one of the total nine seats.

Those races had larger margins between the winners and losers of 139, 256 and 218 votes respectively on election night. There were no changes in election results from Nashua Ward 1.

To get updates on the outcomes of the recounts and the schedule visit https://www.sos.nh.gov/sites/g/files/ehbemt561/files/2022-11/general-election-recount-schedule_9.pdf