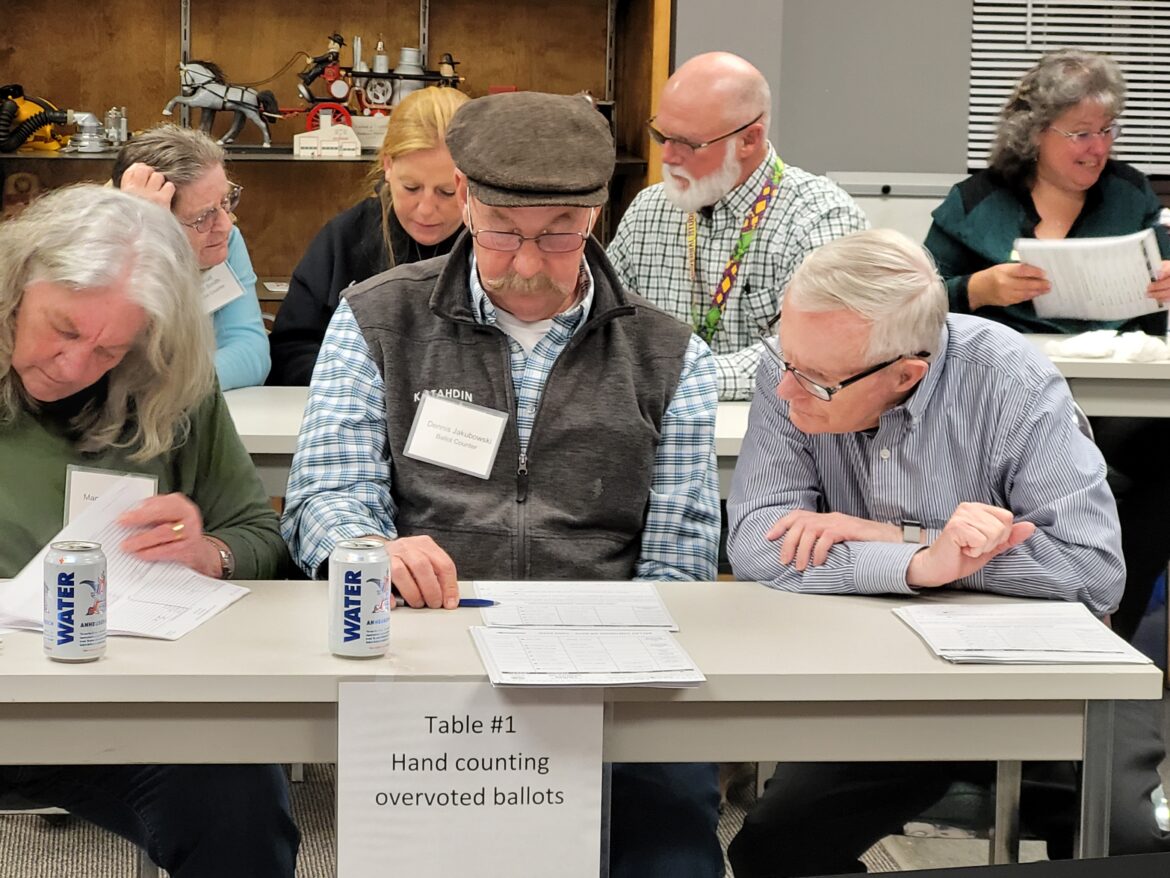 CONCORD – The treasure of data is up on the web and it appears – if you like to mine political tidbits – that all sorts of interesting things happened Tuesday.

Gov. Chris Sununu beat Democrat Tom Sherman of Rye in all but Grafton county for governor. An earlier version of this story said Sherman beat Sununu 7 to 1 in Sullivan County because of a typo on the Secretary of State’s website said Sununu received 1,159 votes but should have said 11,159. Anna Fay, spokesman for Secretary of State David Scanlan, said the state website will be fixed in the morning.

But Sununu won in a majority of the state and earned re-election for another two years with 342,813 votes to Sherman’s 256,766.

The data paints a picture of voters picking and choosing from red to blue, making for a purple mix with both Republicans and Democrats sharing power.

What also appears is that voters wanted stability and the same people to keep their top offices.

Twenty-five-year-old Republican Karoline Leavitt won Derry and a bunch of other towns but was trounced in places like Durham by incumbent District 1 Congressman Chris Pappas.

The Trump enthusiast, who polls and pundits claimed would win on a fresh-faced approach to “fight” for her home state and cut government, did not win, but Leavitt made it an impressive and good first shot.

Republican stronghold Belknap County chose Don Bolduc, a native son, over U.S. Senator Maggie Hassan but not by as much as one would think.

Bolduc, whose father was a longtime, at-large city councilor in Laconia, got 16,591 votes to Hassan’s 13,669.
And in neighboring Carroll County, the two were neck-and-neck in the end with Bolduc garnering 13,014 to Hassan’s 13,708. Grafton County though, home to Dartmouth College and Plymouth State University, had Hassan beating Bolduc with 26,337 to Bolduc’s 15,544.
Annie Kuster kept her seat as Congresswoman for District 2 and gets a sixth term after far-right opponent Bob Burns, the Republican’s choice to take her on, lost to her 171,636 to 135,579.
Burns came up big in Epsom and Litchfield and beat Kuster in rural spots like Alexandria, but he lost every ward in Nashua to her, and sometimes by a lot.
The executive council remains a 4-1 Republican-held body with some races being really close, like the ones Joe Kenney and Dave Wheeler won narrowly.
They return as does Cinde Warmington, who kept her District 2 seat as the sole Democrat.

That was expected as Democrats complained that the Republicans – who got to remap the council districts – gerrymandered the heck out of that map, lumping all the Democratic strongholds in District 2. But it would appear from the results that Districts 1 and 5 are more competitive for Democrats than the complaining would suggest.