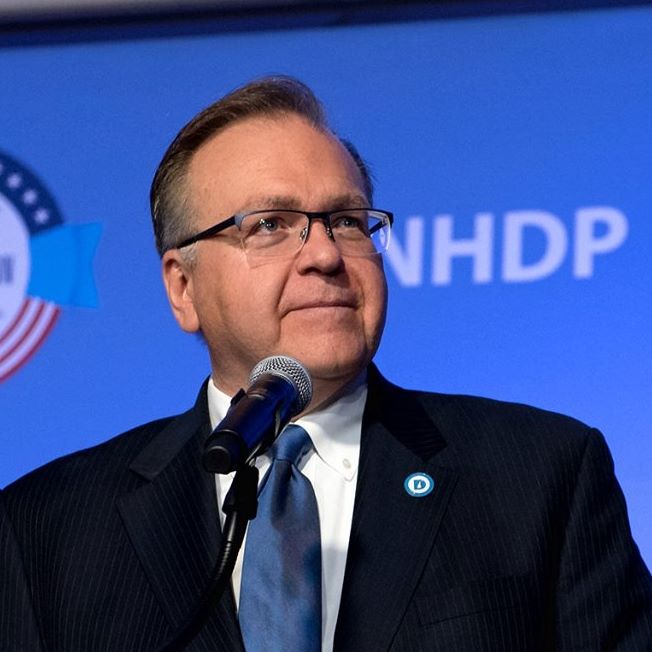 CONCORD – Democrats picked up about 19 more seats in the House of Representatives, despite what they called Republican efforts to gerrymander them out of offices across the state for the next decade.
Tuesday’s elections brought out some pluses, and they identified some priorities going.

Ray Buckley, chair of the New Hampshire Democratic Party, said he also has no doubt that nationally, Democrats will back the state’s hopes to hold on to the first-in-the-nation primary when they meet next month in Washington.

All thanked volunteers and staff for knocking on doors, making calls, and financial backers who provided candidates the support they needed to win. The party retained its entire congressional delegation and did not lose any seats in the state Senate.

Soucy said, “We did have some heartbreaks, to be sure, but I am confident every single candidate who ran in these races is going to be an outstanding public servant to the people of New Hampshire, and I am truly and profoundly grateful…”

Also thanked, particularly by the group, was state Senator and Dr. Tom Sherman of Rye, who ran unsuccessfully in an effort to unseat Republican incumbent Chris Sununu for governor.

Despite the loss, the party was able to bring more voters to support the Democratic gubernatorial nominee against Sununu than in the past, Buckley said.

Wilhelm, who won re-election, said it was amazing that Democrats picked up 19 seats in the House “on gerrymandered maps, no less.” And while there may be some recounts on close races, he said he felt more confident that there would be a more collaborative approach to lawmaking due to the almost 50-50 split now between Democrats and Republicans in the House.

“Voters have moved us that much closer to returning sane and sensible leadership to the State House. We are really grateful for the confidence that they have placed in us,” Wilhelm said. The state made history, he said, in electing the first transgender man in the country, James Roesener, D-Concord, beating Republican Dennis Soucy.

The House Democratic Victory Committee also raised a record-breaking $1.603 million this campaign cycle, targeting 83 districts and 155 seats with a mail and digital program.

Wilhelm said they knocked on doors with a message which resonated, with the results showing that voters felt right-wing extremism was wrong for New Hampshire.

Buckley said polls should be ignored because they are often wrong. “Candidates should be judged on their positions,” he said, rather than “the horse race.”

“I think voters are sick and tired,” Buckley said. He added that he thought there was no question that if the Republicans had not gerrymandered the political maps, Democrats would have majorities in both chambers and the executive council.

“Let the people decide who they want instead of having it a rigged election,” Buckley said.
Buckley said the party had been focused on elections until now, but the next challenge will be working to retain the first-in-the-nation primary.

“I am confident from day one,” Buckley said, that New Hampshire will retain its first-in-the-nation status.