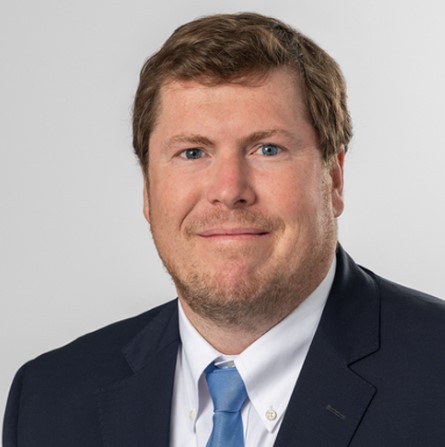 The two lead prosecutors on the Youth Development Center criminal case, including the head of the state Task Force charged with investigating the decades of physical and sexual abuse, are off the case after both filed notices with the court in recent days.

Former Senior Assistant Attorney General Tim Sullivan, the lead attorney on the case and the head of the YDC Task Force, left his job with the state this month, his last day being Nov. 4. This week, state attorney Nicole Mazur also filed her notice with the court that she is withdrawing from the case.

Michael Garrity, director of communications for the New Hampshire Attorney General’s Office, declined to say if two prosecutors leaving a case as far developed as the YDC cases was unusual. He said the Task Force work will continue.

“We have ensured that our YDC Task Force has sufficient resources to continue its work and do not expect these departures to affect the trial schedule,” Garrity said.

Assistant Attorney General Meghan Hagaman has been added to the prosecution, according to court records. Hagaman, a former Rockingham County Attorney, started with the New Hampshire Department of Justice in 2019, and primarily worked prosecuting drug cases.

The YDC prosecution is already facing a significant delay after the state alerted defense attorneys it recently found several computer hard drives containing possibly millions of files related to the case. It is estimated it will take the state several months to sort through the documents.

The YDC Task Force has so far brought charges against several former staffers at the center for troubled youth.

The Attorney General’s Office is in a position of prosecuting YDC’s former employees in its criminal bureau while at the same time defending the state against several hundred claims of abuse in the civil cases filed so far.

This tension between the criminal prosecution and the civil defense has already resulted in the state possibly endangering the criminal case against one of the plaintiffs.

Frank Davis, one of the former staffers charged with physically and sexually abusing dozens of victims, could escape punishment altogether after lawyers for the state in the civil case raised the issue of Davis’ competency.

Lawyers for the state objected to Davis, now 80, giving a deposition in the civil trial in which he could potentially name other abusers or give an idea of how many people involved in the government were aware of the abuse. After the civil attorneys raised the matter of Davis’ ability to give a deposition, his attorney in the criminal case filed a motion for a competency hearing, based on the state’s filings in the civil case. That hearing is set for next month. If Davis is found incompetent the case against him could essentially stop.

More than 800 victims have come forward to say they were abused at the Youth Development Center, now known as the Sununu Youth Services Center, and other locations the state contracted with to house troubled youth.  The allegations include rape, beatings, and assaults. The state task force has so far charged former YDC employees Jeffrey Buskey, Davis, Gordon Thomas Searles, Stephen Murphy, Bradley Asbury, James Woodlock, Lucien Poulette, Trevor Middleton, Jonathan Tracy Brand, and Stanley Watson for their alleged abuse of the children held at the state-run facility.

Last month, former chief justice of the New Hampshire Supreme Court John Broderick was appointed to oversee the settlement process proposed by the state. New Hampshire’s legislature approved a $100 million settlement package for YDC victims, though David Vicinanzo, one of the lead attorneys for the plaintiffs, has been harshly critical of the deal.

The settlement offer includes monetary caps on what victims may receive, a stipulation that victims give up their right to file a lawsuit before they know what the state will offer, and the requirement for the victims to provide documentation of their abuse while exempting the state from having to provide any documentation.

“Because of these and other flaws, the settlement process remains hostile to the victims and designed to favor the State and protect it from true accountability,” Vicinanzo and attorney Rus Rilee said at the time of Broderick’s appointment. “None of this is surprising because the State continues to make clear that its claim to ‘help’ victims is false political posturing designed to sweep this scandal (and all the human tragedy it caused) under the rug.”