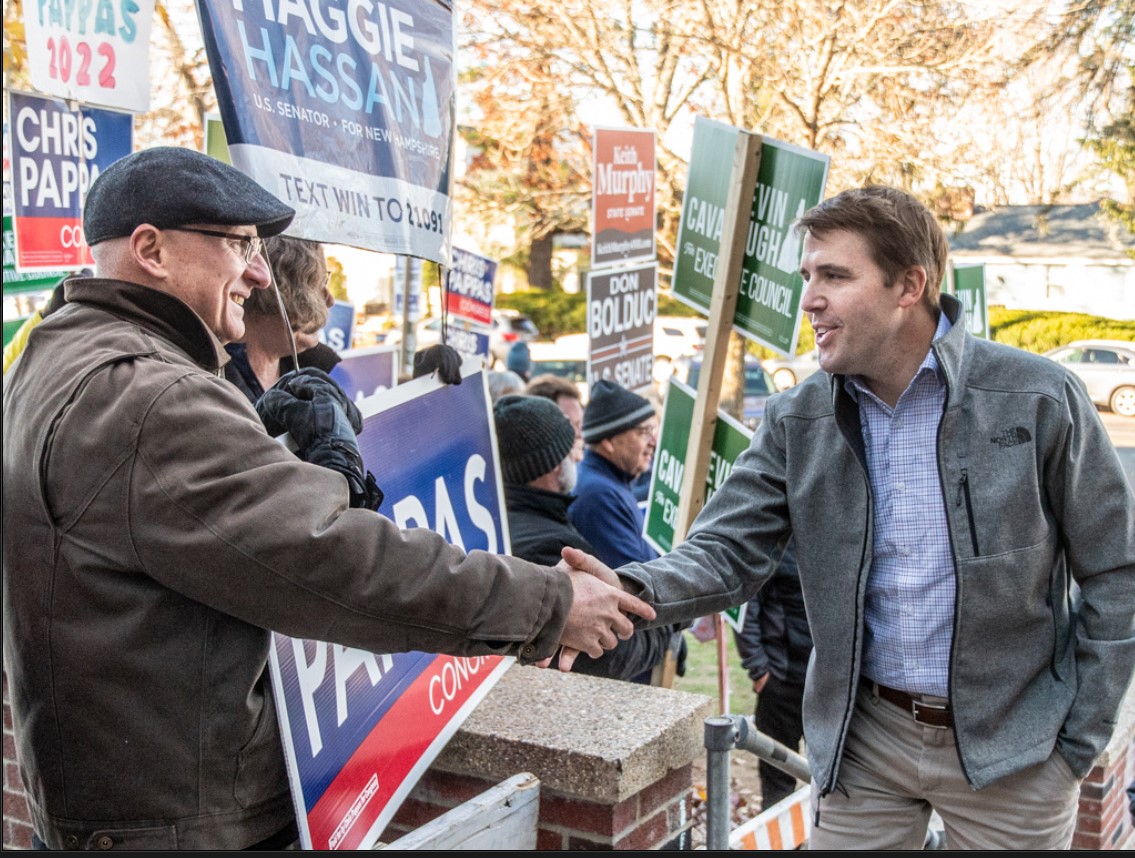 Congressman Chris Pappas was one of many voters who showed up to vote at Webster School in Ward 1. Pappas was cheered by people holding signs outside the polling place, and proceeded inside to vote.

According to the New York Times:

“This historic win sets Kuster apart as the first Democrat in state history to win major office six times in a row.

“Thank you to the voters across New Hampshire’s Second District for trusting me to be their representative in Congress. It is the honor of my life to bring the voices of Granite State families, seniors, veterans, small businesses, and communities to Washington and to deliver real change for our state. I am truly humbled by the outpouring of support. Thank you to Mr. Burns for a hard-fought race and for putting his name on the ballot,” Kuster said.