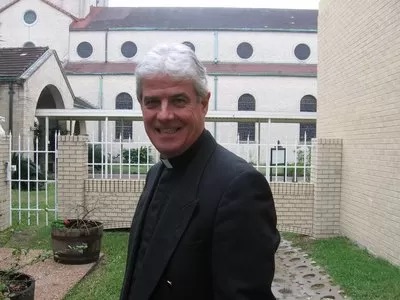 A priest in the Somascan Order has apparently been removed from his post as pastor at a Houston parish after several New Hampshire lawsuits allege sexual abuse at the Somascan-run home Pine Haven home for troubled boys in Allenstown.

Fr. Albert Zanatta, a member of the Somascan order who once served at Pine Haven, is still listed on the Houston Assumption Parish website as the pastor, though recent editions of the parish weekly bulletin indicate he is no longer serving in that capacity.

There has been no public statement about Zanatta’s status from either the Somascan order, nor any from representatives from the Galveston-Houston Roman Catholic Archdiocese. InDepthNH.org has made several calls to the archdiocesan media representatives, Jo Ann Zuniga and Jonah Dycus, without any response.

InDepthNH.org has repeatedly attempted to speak to Zanatta, but he has not returned any of the calls or messages left for him.

The only public statement about Zanatta is in the current Assumption Parish weekly bulletin, a newsletter for parishioners, that asks for prayers for the pastor.

“Please pray for Fr. Albert Zanatta, may the Lord help him and hear our prayers,” the bulletin states.

Last month, eight new lawsuits connected to the Sununu Youth Services Center sex abuse scandal were filed in Merrimack Superior Court alleging that priests and brothers at the Allenstown home for boys, Pine Haven, had sexually assaulted boys left in their care by the state.

Most of the priests, brothers, and staff are not named fully in the lawsuits, though a Fr. Albert is alleged a number of times to have sexually abused boys and is believed to be Fr. Zanatta. The lawsuits also name a Fr. John, a Fr. Robert, a brother Louis, and a Brother John. One priest, Fr. John Pastorello, is named. Pastorello is alleged to have raped one boy on a regular basis with the aid of a staff member identified as Dave.

Attorney for Pine Haven, Robert Carey, declined to comment for this story. It is not clear what, if anything, the order is doing to investigate the allegations of abuse.

More than 900 people are now suing New Hampshire for the horrific treatment at the hand of state employees and contractors. Troubled boys under state care were often sent to Pine Have rather than the YDC. The lawsuits allege they were abused at Pine Haven, which was in return collecting fees from the state for their care.

The state announced this week that victims may start applying for settlements provided under the $100 million plan, which has been harshly criticized by attorneys for the victims. Under the settlement plan, victims who were sexually abused may receive up to $1,500,000. Victims of physical abuse may receive up to $150,000.

David Vicinanzo, former First Assistant US Attorney who is now with Nixon Peabody representing the victims with Attorney Rus Rilee, said the state process was created to favor only the state.

“We did not agree to the terms, values or conditions, which set the dollar numbers at a mere fraction of the national averages for abuse cases like this and require the victims to give up their right to sue in order to get in front of the administrator, before they ever learn whether they will receive an award or what it might be,” Vicinanzo said.

So far, no one associated with Pine Haven has been charged by the state for the alleged abuse that took place there.

The Somascan order is a small, Roman Catholic religious order of priests and brothers founded in the 1500s and originally dedicated to caring for widows and orphans.