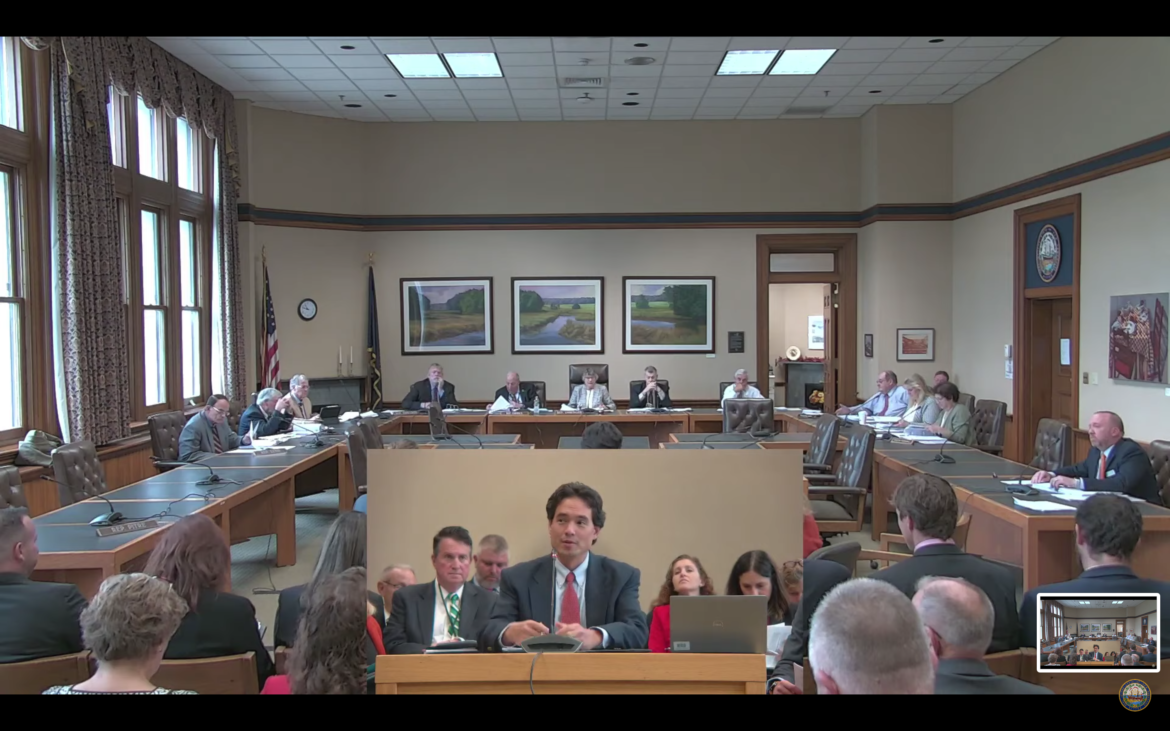 The budget writers also approved money for new saliva quick tests for COVID-19, as well as $20 million in recovery money for community center upgrades, and $18.6 million for technology and equipment to address the state’s workforce shortage.

Before the committee approved the $8.9 million for the additional testing and a new telehealth program to provide medicines to reduce the effects of COVID-19, it heard a report from state epidemiologist Dr. Ben Chan on the science and data the state uses to determine guidance for and the safety of COVID-19 vaccines.

Chan explained the state acted independently from the federal government in determining what guidance should be issued and what policies to promote during the pandemic.

He said, the state based its recommendations on science and peer reviewed studies with qualified data. Chan said the state often agreed with federal policies from the Centers for Disease Control, but differed in some areas like not recommending vaccinated individuals quarantine if they were exposed to the virus. He said eventually the federal government came to the same conclusion.

Chan said the vaccine is very effective in preventing severe illness and has proven safe for almost everyone from children to the elderly population.

Committee member Rep. Jess Edwards, R-Auburn, said it would help build confidence if people understood the outstanding research that is done within the Department of Health and Human Services.

He noted some people had the perception the state and federal governments were not following the science but reacting to certain people.

Edwards noted Florida just released guidelines indicating three groups of people who should not have the COVID-19 vaccine including some children and males from 18 to 39 years old.

Chan said he was aware of the Florida guidelines, but noted they are in the minority of states.

“If you look at Florida, it is not evidence-based guidance,” Chan said, noting they reference studies that do not conclude what Florida officials say they do.

He said their guidance is not backed-up with the majority of the available science.

And Chan said they use studies that are not appropriate to their claims.

Committee member Sen. Gary Daniels, R-Milford, noted Chan referenced 120 studies and wanted to know if any of the studies disagreed with his recommendations or if they were “lopsided” in favor of vaccines.

“It is important to look at the study and data behind it. (There are some that) may not ever be published or appear in a journal,” Chan said. “There is no evidence of some excess number of deaths related to vaccines that I have seen. Some say that, but that is not backed up by science or data.”

Chan also told the committee eventually the COVID-19 vaccine will be a yearly booster much like the normal flu shot, and because of that the department does not intend to seek rules requiring the vaccine for students to attend schools as it does with other vaccines.

Chan said it would be impossible for schools to determine each year if every student had his or her COVID-19 shot.

DHHS Commissioner Lori Shibinette said in information provided to the committee the $18.9 million would be used to ensure people have access to the state’s healthcare system for COVID-19 vaccine and testing services, noting at the height of the COVID-19 surge in January 2022, there were more than 3,000 new cases a day and hospitals exceeded their capacities.

The biggest share of the money — $3.38 million — would set up a telehealth program that would allow people with early COVID symptoms or who test positive to have better access to antivirals such as Paxlovid to prevent more severe cases that could result in hospitalization.

A contracted provider would be available seven-days-a-week to do electronic screens for eligibility for an antiviral drug.

People who qualify would receive a prescription before the consultation ends that they could fill at a local pharmacy or through an overnight pharmacy mail service if they cannot get out.

Committee Sen. Cindy Rosenwald, D-Nashua, wondered if a person’s insurance would cover the cost of the drug, and was told by Patricia Tilley, Director of Public Health Services, the federal government has given the state a supply of Paxlovid which would be given to the contractor to distribute through the mail order and to pharmacies.

There would be no cost to the patient, she said, except a local pharmacy often charges a dispensing fee.

“This is the best idea I heard in a long time,” Rosenwald said, and asked how soon it would be up and running.

The agency’s chief medical officer, Dr. Jonathan Ballard said it would be up and running very soon once the council approves it. “It would be within weeks or days of the Governor and Council meeting,” he said.

Another program offers rebates to vaccine providers who serve uninsured or underinsured patients. The state would provide up to $2.5 million to the providers at the current Center for Medicaid and Medicare Services approved reimbursement rate.

About $500,000 will be set aside to pay municipalities for first responders so they will be available if a state-sponsored emergency vaccine clinic is needed.

The program would also use $2.5 million of the money to help hospitals and long-term care facilities hire and retain workers, an ongoing challenge for both institutions even before the pandemic hit.

The committee voted 9-2 to approve the program.

Both requests will need Governor and Executive Council approval before they are implemented.

The money could be used for such things as rehabilitation, physical and outdoor programming space, facility expansion, and improving air quality or ventilation.

The grants would be capped at $1 million and would require a local match.

The program would be administered through the Community Development Finance Authority.

Using the money was approved on a 10-0 vote.

The committee voted 10-0 to approve using $18.6 million in ARPA funds to purchase technology and equipment to help address the workforce shortage in state government.

The money would be used by individual agencies with workforce needs such as Health and Human Services, which faces recertifying thousands of people on the enhanced Medicaid program due to the pandemic without sufficient staff to do the work.

Currently state government is hundreds of employees short of what is needed and the program would use technology to help fill the gap.

Several committee members questioned how much yearly maintenance costs would be on the new technology, but approved the use of the money.

After discussing increasing the rates to ski at Cannon Mountain this winter for seniors, state residents and state workers, and for a $25 parking fee at about 200 prime parking spots at popular trailheads in Franconia Notch, the committee tabled the request.

The parking fees are intended to help pay for the hiking shuttle, established as a pilot program last year, to stop cars from parking along the road through the Notch on busy summer weekends.

Some members also questioned why just New Hampshire residents were being impacted for the fee increase to ski at Cannon Mountain.

General Manager John DiVivo said the facility’s costs have increased since last year and the area has to make that up and looked at what the market would bear.

The committee tabled the request on an 8-2 vote.