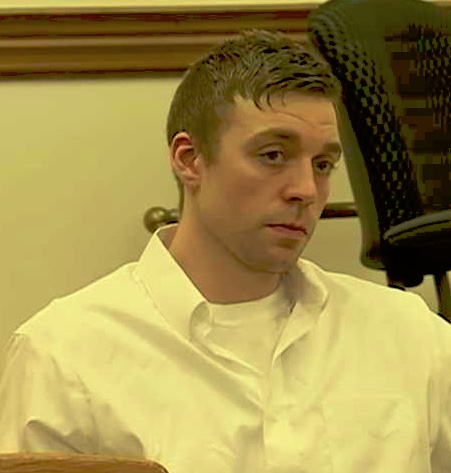 CONCORD – Some members of New Hampshire’s press corps were invited to Thursday’s special event at the state prison in Concord, a play featuring Kyle Buffum, the man convicted of trying to have a woman murdered in a brutal attack.

Buffum appears to be the featured player, and getting special treatment from New Hampshire Department of Corrections in a production of Sam Shepard’s play True West.

According to the DOC media advisory sent to members of the press, but not to InDepthNH.org, only Buffum could be photographed during the play, and he is the only actor in the production who could be interviewed. There were restrictions, however, on what reporters who attended the play may ask.

“Please do not ask about Kyle’s crime,” the advisory states.

Representatives for DOC did not respond to several questions asked by InDepthNH.org via email after obtaining a copy of the invitation from another source. It is unclear if the woman Buffum tried to have murdered, or any member of her family, were made aware for the production or the special treatment afforded to Buffum.

Amanda Grady Sexton, director of public affairs at the NH Coalition Against Domestic and Sexual Violence, said this type of production featuring a man convicted in masterminding a violent attack is a nightmare for the survivors.

“We question the need to invite the media to cover a play being put on by state prisoners. We also question why a play that includes elements of murder and strangulation is being performed as a form of entertainment in a facility where many are being housed for those exact crimes,” Grady Sexton said. “This is anything but entertaining for victims; in fact, this is their worst nightmare. Seeing the face and name of their perpetrator in the news can significantly set a victim back in their healing process. A victim of an attempted murder should never have to wake up to this egregious headline, and neither should members of a community who were shook by these heinous acts of violence.”

Buffum, now 30, was sentenced in 2016 to 35 years in prison after he was convicted of being the accomplice in the attempted murder of Andrea Halvorsen. Halvorsen was 18 when Buffum manipulated his girlfriend, Samantha Heath into stabbing her friend 21 times in a brutal attack at Bear Brook State Park. Heath was also 18 at the time of the attack. The stabbing only stopped when a passing car interrupted Heath’s attempted murder, according to the reporting on the crime.

Heath received a 20-year sentence as part of a plea agreement to testify against Buffum.

Buffum took the lead role of Austin in True West, a story of a power struggle between two brothers. The play’s third act ends with an attempted murder.