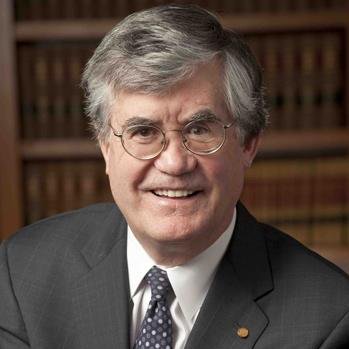 CONCORD – The state Supreme Court has appointed its former Chief Justice, John Broderick, as the independent administrator of the state’s $100 million YDC Settlement Fund in an order signed Friday.

And while Attorney General John Formella and the victims’ attorneys agree that Broderick was the best choice, the attorney representing most of the victims, David Vicinanzo, says the process as written will fail because it is deeply flawed.

“(Broderick’s) tenure on the high court was marked by efforts to improve access to the courts as well as expanded family, mental health, and drug courts,” Formella said in a recent news release.

Broderick later served as Dean of UNH Law School and since 2016 has become well known for his work raising mental health awareness – most recently as senior director of external affairs at Dartmouth Health.

Vicinanzo, who represents the most victims – about 800 people who were physically and sexually abused while incarcerated as children in YDC, now called Sununu Youth Services Center in Manchester and other state facilities, said he was delighted to propose Broderick to serve as administrator several weeks ago.

“Because we know his bipartisan and unequaled reputation for ethics, professionalism and good judgment. He is respected by all.

“But nominating an outstanding administrator in no way corrects the deep flaws in the state-imposed settlement process as it currently exists,” Vicinanzo said in a letter to Formella.

The process remains unfriendly to child victims, Vicinanzo said, and “Justice Broderick’s work will be severely and unnecessarily limited without future changes. The process as written will ultimately be unsuccessful.”

Formella described discussions with the attorneys about administrator candidates as helpful and a productive step towards getting the state’s YDC Settlement Claims Process operating.

Under the settlement law, Broderick will oversee and administer the claims process for the same salary as a Superior Court judge, or $168,761 a year.

“We recognize that traditional litigation can be difficult and even re-traumatizing for victims of crime—especially for victims of sexual abuse,” Formella said, “which is why we solicited feedback from claimants, their advocates, and victims’ rights groups in designing a victim-centered, trauma-informed alternative to litigation.”

“While we disagree with and are disappointed in Attorney Vicinanzo’s letter, the Attorney General’s Office remains focused on moving forward with the Settlement Fund process and appropriately responding in court to any ongoing cases,” Garrity told InDepthNH.org.

Vicinanzo provided the following examples of why he believes Formella’s process will fail:

* The caps are set artificially low, far below the national averages.

* To get in front of the administrator, the victims have to waive their judicial rights.

* The process requires the victims to produce documentation and other written evidence of the claim, but it does not require the state to produce anything.

“At a recent pretrial conference before Judge Andrew Schulman, the state defended its abuse of children by raising several shocking arguments that show its true attitude toward the child victims it so brutally injured. The state claimed that child abuse fell under the ‘discretionary function’ exemption, meaning that its sexual, physical and mental abuse of children was ‘within its discretion,’” Vicinanzo said.

“The state also claims before Judge Schulman that the state is immune from responsibility because of ‘sovereign immunity,’ the doctrine that ‘the King can do no wrong,’” he said.

Vicinanzo said the Attorney General’s Office is also claiming “that the child victims of sexual and other abuse are ‘out of time’ to recover for the abuse they suffered. According to your office, they should have sued the state immediately while they were still children,” Vicinanzo told Formella.

Still, Vicinanzo had only words of praise for Broderick.

“We nominated the best choice for administrator even though we know his ability to do justice will be severely hampered by the inherent flaws in the process,” Vicinanzo said. “Until those flaws are fixed, the process will be a cover-up favoring only the state and will be a grave disappointment to the decades of state victims of child abuse.”