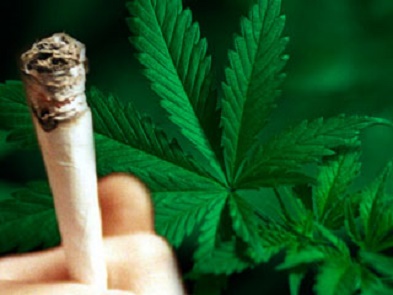 President Joseph Biden announced Thursday he is granting a full, complete and unconditional pardon for people federally convicted of simple possession of marijuana.

“Sending people to jail for possessing marijuana has upended too many lives – for conduct that is legal in many states. That’s before you address the clear racial disparities around prosecution and conviction. Today, we begin to right these wrongs,” Biden said on Twitter.

Mike Garrity, Attorney General John Formella’s spokesman said, “The Governor’s Office has requested that the New Hampshire Department of Justice review this issue and we will do that.”

Dr. Tom Sherman, the Rye Democrat who is running against Sununu said: “I believe pardoning people convicted of nonviolent simple possession of marijuana is the right thing to do, and as governor I would expedite efforts to do so for state-level offenses.

“Unlike Chris Sununu, for years I’ve also supported legalizing adult-use cannabis, just like every state around us has done,” Sherman said.

Biden said: “My intent by this proclamation is to pardon only the offense of simple possession of marijuana in violation of Federal law or in violation of D.C. Code 48–904.01(d)(1), and not any other offenses related to marijuana or other controlled substances.”

The pardon does not apply to individuals who were non-citizens not lawfully present in the United States at the time of their offense, according to Biden’s statement.

Biden directed the U.S. Attorney General, acting through the Pardon Attorney, to develop and announce application procedures for certificates of pardon and to begin accepting applications.

Biden said he will ask the U.S. Attorney General to initiate the process of how marijuana is scheduled under federal law.