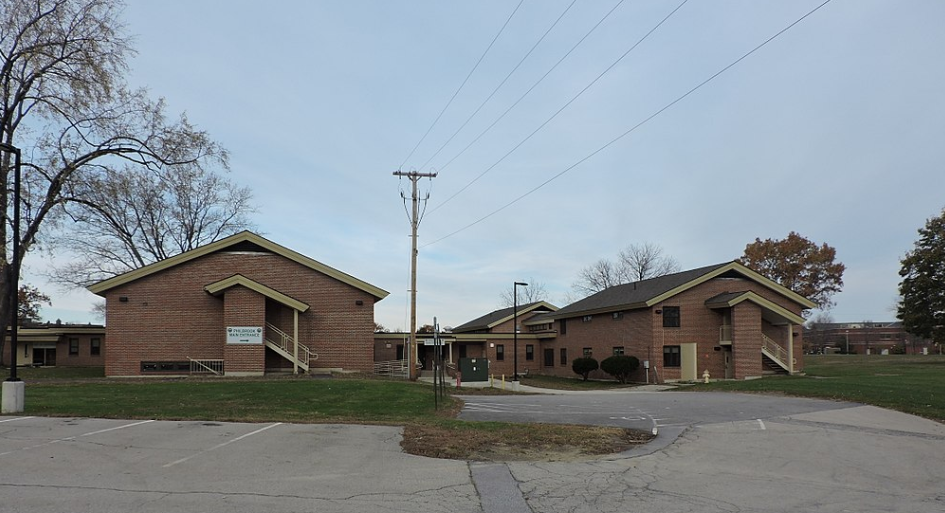 The Philbrook Center in Concord was closed for children in 2010. This is a more recent photo of the building, at left.

They thought they could escape.

After weeks of enduring sexual assaults and being raped by one of the employees at the Philbrook Center in Concord, four boys hatched a plan to get away from the abuse. John Doe 526, one of more than 800 people who are now suing New Hampshire for the horrific treatment at the hands of state employees or contractors, said he and the other boys found a manhole cover they thought would take them to freedom and safety.

“We thought it would take us under the fences,” Doe told InDepthNH.org.

In 1979, Doe had been forced to go to a summer program at Philbrook after getting into a fight in the fifth grade and deemed emotionally unstable by the adults at his public school. He had been a happy child and a good student up until that point, he said, but his parents complied with the school authorities and had him sent to Philbrook first for an evaluation, and then for a treatment program.

Philbrook, now closed, was the state-run school for children with mental health problems that opened in the 1960s. Like the Sununu Youth Services Center in Manchester, the state of New Hampshire turned a blind eye to the abuse and rape of children sent there, according to several new complaints filed in court this week.

The lawsuits also allege that children were being abused at the Pine Haven School, an Allenstown school operated by Roman Catholic priests and brothers from the Somascan Order. The Somascans are a small Italian order founded in the 1500s to care for widows and orphans. The state contracted with Pine Haven and paid the priests to take troubled youth from the state.

Doe’s lawsuit also alleges he was abused at other contracted schools, the Chamberlain Center in Massachusetts, and the Lakeview Neurorehabilitation Center in Effingham.

Doe told InDepthNH.org he was never broken until he went into state care. The treatment he experienced has scarred him, and others.

“There’s kids who have killed themselves, girls who are prostitutes, kids in rehab or who get sent to state prison,” Doe said. “(They) were being paid to help them.”

Doe said the fifth grade is when his education officially stopped as he was forced into one state home after another where he was physically and sexually abused by the people New Hampshire was paying to care for troubled children.

It was at Philbrook that he was assaulted and raped by Pat O’Meara, one of the center’s staffers, according to the lawsuit filed in Merrimack Superior Court this week.

The three other boys with Doe during the escape attempt had also been raped, he said, and they all wanted to get away from Philbrook.

Doe said the center for mentally ill children was more like a prison. He was locked into his room every night, though O’Meara would gain access to him and other boys. He was so traumatized from the abuse that at times he refused to leave his room, and then the staff would restrain him and inject him with the powerful drug, Thorazine. He remembers coming out of a Thorazine stupor to find O’Meara in his room, threatening him to not tell anyone about the sexual assaults and rapes.

The boys managed to pry open the manhole cover and crawl into the tunnel, thinking it would lead them past the high barbed wire fences and out into the street, away from their abusers.

But, the sewer tunnel did not connect to the system off the property at all, and was instead a drainage system for the property, he said. The boys soon got lost in the tunnels and were eventually found by O’Meara.

“He told us we better not say anything about the massages,” Doe said.

O’Meara called the incidents in which he would force himself on the children and sexually assault or rape them “massages,” Doe said.

When he was able to get out of Philbrook, Doe said he was never the same. At first, he went back to his public school, but because he was considered mentally ill, he was never allowed into a classroom with his peers again.

He was soon shuffled off to Pine Haven where he was physically abused by the disciplinarian priests and raped by one of the order’s brothers. His behavior deteriorated because of the abuse, and he thinks some of the school’s administration were worried he would report them. That’s when they decided to send him to another state-contracted school.

“They said I wasn’t suited for Pine Haven,” Doe said.

All of this started because of a school yard fight when he was in fifth grade. Doe was finally released from state custody and sent back to public high school for his senior year. By then, however, he didn’t know anything. All those years in special state facilities, or schools contracted with the state, and Doe said he was never taught anything academic.

He dropped out of school and drifted into his 20s, becoming suicidal and depressed and dealing with substance abuse. He finally reported what happened to him to a high ranking state employee who said she knew all about the abuse, Doe said.

“Unfortunately, I can’t do anything for you because of the statute of limitations,” Doe remembers her saying.

Doe was able to turn his life around after years of struggling, and he’s built a successful business in another state. He has money, and friends, and a good life. But what happened to him hasn’t left.

“This isn’t about money with me. I have money. This is about I’m 55 years old and I still wake up in the night with nightmares,” he said.

Doe wants to see justice done, and after decades of watching New Hampshire leaders stalling and ignoring the problem, he believes justice will only come when the state is forced to confront what it allowed to happen in court.

“At one point I wanted someone to apologize to me, but they never will,” Doe said. “I’m tired of it being a nightmare.”