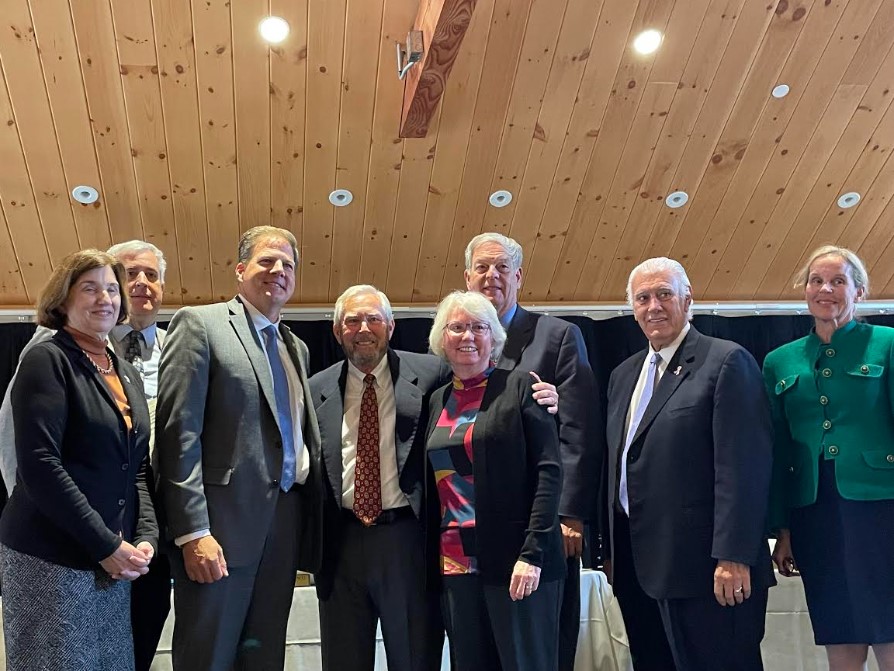 This will mean the money is now flowing to five regional agencies to be distributed to qualified residents who will get electric credits of $200 each and heating credits worth $450 for a total of $650 for the winter.

The money is coming from surplus tax revenue and thanks to a bipartisan legislative move in September to help residents get through what is expected to be an expensive winter for heating and electricity.

All four of the state’s major electric utilities have now hiked their residential customer rates to upwards of $100 more a month each because of the added cost to make electricity from natural gas.

Home heating fuel is also expected to be up in price due to disruptions in the world fuel markets.

This program is separate from the existing federal Low Income Home Energy Assistance Program and goes further to help more people, legislators said.
State Sen. Jeb Bradley, R-Wolfeboro, told the Senate if they did not pass House Bill 2023 it would deny about 50,000 homes heating and electric assistance. He said the state could afford it and has the money from unanticipated revenue.

While separate from the federal LIHEAP program, it uses the same, existing application process to apply for funds.

Residents are encouraged to reach out to get an appointment at one of the state’s five regional Community Action programs in Manchester, Dover, Concord, Berlin, and Keene to see if they qualify.

All they need to bring in to a meeting is a copy of their 2021 tax return and a copy of their annual home heating fuel and electric usage history.
Contact information is here https://www.energy.nh.gov/consumers/help-energy-and-utility-bills/community-action-agencies.

These five agencies have been state partners for the distribution of federal funds for more than three decades and received the sole-source contract based on that history, expediting the process to get the funds out to be used as soon as possible, said Jared Chicoine, commissioner of the state Department of Energy in his Sept. 23 letter to the council.
The new State Emergency Fuel Assistance Program and the state Supplemental Electric Benefit program are unique.

Gov. Chris Sununu had floated an idea for a similar program that had more money in it, but the House and Senate had their own plan.

Still, Sununu lauded the new programs as a step forward to help folks in a time when they are facing inflation.

“Program funds are targeted to moderate-income households, those with an annual income in excess of 60 percent to at or below 75 percent of the state median income,” wrote Chicoine. That means those making up to $74,942 to $93,676 for a family of four qualify for the $650 credit.

The money will go directly to their heat and electric utility and not be received as a check in the mail.

The LIHEAP program has a lower income threshold to get assistance. That program has already received its federal funds and is ready to begin distribution in November. It also enjoys the fact that last year’s LIHEAP funds were not used and instead, the state tapped into federal American Rescue Plan Act funds to pay for the program.

It is also possible that more federal funds could come through bills being worked on in Washington.

Without debate the council divided up the $35 million in state money to the five agencies with the Manchester area getting $15 million, Southwest Community Services in Keene getting $4.6 million, Belknap-Merrimack County CAP receiving $5.4, Dover’s Strafford County Cap receiving $2.9 million and Tri-County CAP in Berlin receiving roughly $6.2 million.

The “roadshow” of the state’s five-member Executive Council, in which each councilor had a chance to host a meeting this summer in his or her district, came to an end Tuesday at the New London Barn Playhouse https://www.nlbarn.org/Barn.

The 90-year-old theater is an institution in New London and has undergone an addition. It will be able to provide performance year-round instead of just in the summer.

Community leader Dan Snyder received a commendation from Sununu for his work in seeing the Barn Playhouse to its new future and was lauded for his other efforts to help by volunteering on various boards, including education and finance in the region.

He and his wife, Ellie, were photographed with his commendation, with the entire council and Sununu.

The council has visited Plaistow, Hooksett, Jaffrey, the summit of Mount Washington, and New England College in Henniker this summer. It will now go back to conduct its work at the State House in its historic chambers outside the office of the governor.

The choice of New London was that of the governor, who also gets a chance to pick a spot for a meeting along with the councilors.

JUDGE GUPTILL CONFIRMED
Without discussion, the council voted unanimously to approve Sununu’s pick of Ryan C. Guptill of Contoocook as justice of the New Hampshire Circuit Court. Guptill received glowing endorsements at a public hearing recently. He will serve until the age of 70.

NURSE BURNOUT
People are leaving their jobs in nursing due to burnout and the cost of training and care through overtime costs is increasing.
Commissioner of the state Department of Health and Human Services Lori Shibinette got approval for a 30 percent wage enhancement for nurses at the Glencliff Home near Warren.

She said it would be used to retain and recruit more staff at the state home for the elderly. People are working a lot of overtime to care for people right now and that is adding to the burnout factor, she said.
“It’s one step” to market rate in health care now, “and we have seen tremendous wage escalation in the past year,” Shibinette said.

SEX ED FOR AT-RISK YOUTHS IN MANCHESTER AND CLAREMONT TABLED

An attempt by Executive Councilor Cinde Warmington, the lone Democrat on the council to remove from the table and pass a sex education program for at-risk teens in Manchester and Claremont failed, as Republicans on the council voted to keep it on the table.

The councilors are the same ones who have also voted against health contracts for Planned Parenthood and other clinics that provide abortions, even though the funds cannot by law be used to pay for abortion services.

Warmington pointed out that this program would help avoid abortions.

While a vote to remove it from the table failed, Warmington pressed Health and Human Services’s Trish Tilley on what the potential benefits of the programs would be and what the added problems the state might have if the contracts are not funded.

Tilley noted that the same contracts have been passed by the council for years, including this particular council who are all up for re-election in November and are all running for another term.

Tilley said this is a teen after-school program requiring parental consent for kids considered “high risk” for court-involved issues and the child protection system. Some are at high risk for pregnancy and getting sexually transmitted diseases.
A prime component of the program is parent communication, she said.

The federal government funds the program, Tilley noted.
Does the program teach abstinence, Warmington asked.
Tilley said, yes noting that it is the best way to avoid pregnancy and the program also teaches what contraception is.

By national standards, Tilley said, “New Hampshire’s great. We have a pretty low teen birth rate, so that number has been going down, but we know we have pockets of the state…that are at higher risk.”

This program has been around the state for more than a decade and has been approved in the past.
Amoskeag Health Center in Manchester and TLC Center programs in Claremont will end without the funding which they have used to keep these programs going for years, she said.

Executive Councilor Janet Stevens, R-Rye, asked if the participants may be victims of human trafficking and homeless. She was told, yes.
The council will meet in two weeks and the matter remains on the table.