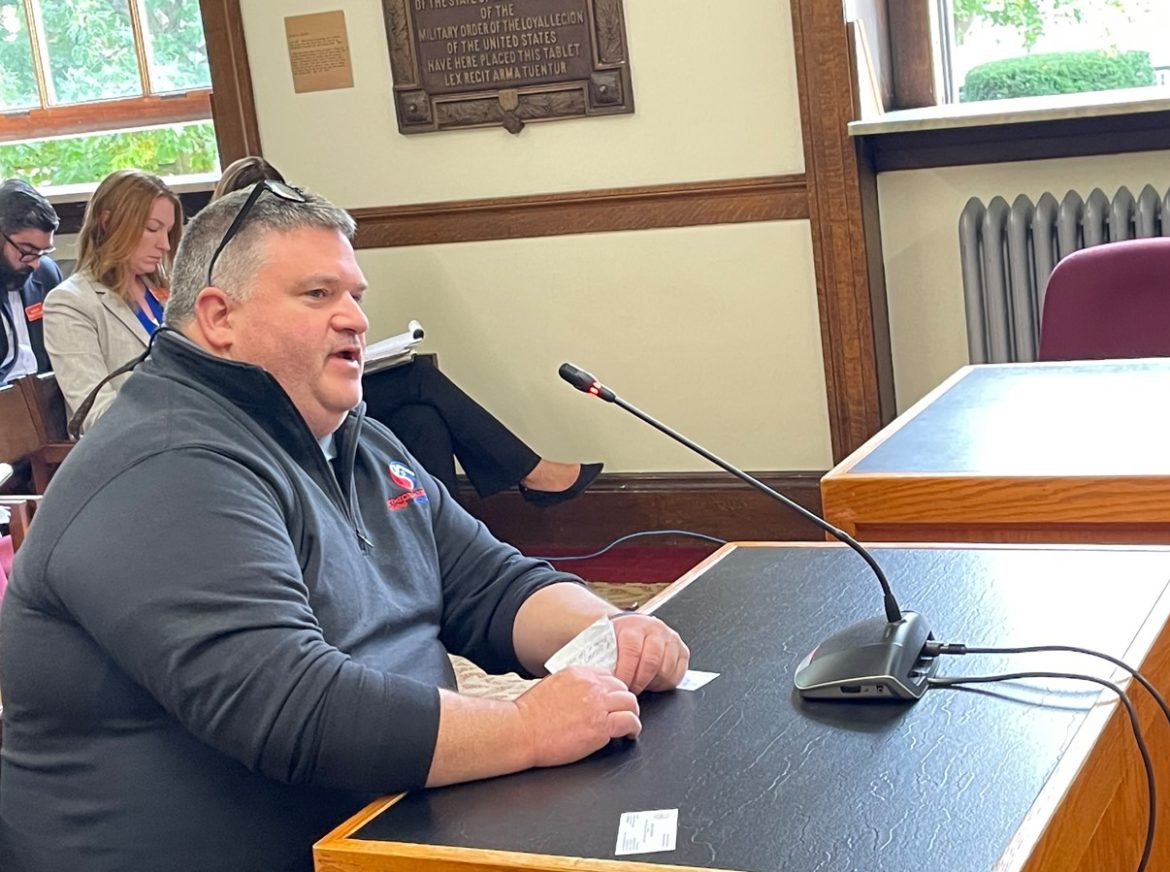 CONCORD – The public’s right to know about medical malpractice complaints is now under the microscope at the State House as lawmakers look to improve transparency and protect the public from adverse outcomes with legislation next year.

A report for legislators is due in November.

On Monday, a House legislative study committee heard testimony from victims, lawyers, doctors, and those who had recommendations on improving the state’s existing laws, linked here: https://www.oplc.nh.gov/board-medicine-laws-and-rules.

It comes after a Boston Globe Spotlight investigative story on Sept. 17 revealed that New Hampshire keeps the public in the dark compared to other states on issues of malpractice.

The Globe story followed the history of Manchester’s Catholic Medical Center’s former heart doctor, Dr. Yvon Baribeau who had 21 malpractice settlements that the public was unaware of here, yet he still continued to practice.

Sean McGorry spoke at the hearing to represent his late sister Joan Dimick, 57, of Manchester who died in 2014 after Baribeau had performed her surgery.

McGorry said Baribeau had been suspended the summer before her surgery, but she did not know and might not have agreed to the surgery.

“He was on limited privileges at the time of the surgery and she was not made aware of that,” McGorry said. “We don’t have transparency in the state of New Hampshire.”

He thanked the Globe for its coverage because none of the media agencies in New Hampshire did that work.

“People die because we aren’t transparent in the state of New Hampshire,” he said.

McGorry noted he can get on Massachusetts medical board’s website and see more than 20 malpractice cases for Baribeau and on New Hampshire’s there are none.

He noted that some disciplinary records of police are made public in New Hampshire. “Why are doctors higher?” he said.

Dr. Emily Baker, president of the state Board of Medicine, said her role is to protect the citizens of New Hampshire. She noted the board has not met since the Globe story was published.

“We do take it very seriously,” Baker said but noted that the board cannot act on matters that they don’t see.

Many malpractice cases are settled and some have non-disclosure agreements. “If we don’t see it, we can’t act,” Baker said.

“We are all different,” Baker said.

The House Health and Human Services Subcommittee heard lots of suggestions and some finger-pointing and is planning to prepare a list of suggestions with at least two more meetings planned for more testimony.

Some suggested that the state alert the public when a malpractice case is filed in Superior Court, but Baker said “it makes me a little nervous about the court process driving this.”

One malpractice attorney from Manchester, Holly Haines, suggested that a simple change could add more oversight by changing the laws from “may” to “shall” for investigations.

New Hampshire has more than 700 licensed physicians and the state Board of Medicine investigates reports of wrongdoing.

Haines noted in her law practice they receive about 1,800 calls a year complaining about doctors but less than one percent end up in court as they have their own medical staff to vet the case to determine if it is meritorious.

And the vast majority are settled out of court.
The committee next meets on Oct. 17.