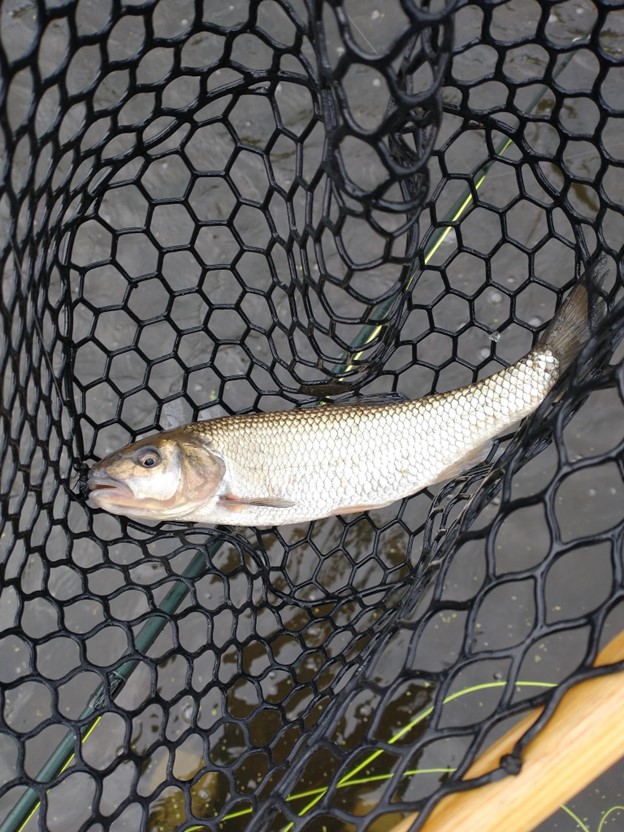 By GEORGE LISET
Writing on the Fly

Location, location, location. When people talk about starting a business, the first piece of advice any good businessman will give you is that where you are located is the most important criteria to consider, especially in a retail business.

Choosing a river or a body of water to be your home waters is about location. Your home water can be as close or as far away as you want it or need it to be. My home water is literally a stone’s throw away. Well, OK, maybe the twenty-year old version of me could throw that far, but it is that close. Although where I like to fish it is a five-minute truck ride.

An advantage to the river being that close is that I can get there quickly and spend more time fishing. Also it is good for the environment, my environment. I can walk down the river and fish some spots that make me think I’m in Northern New Hampshire. I’ve seen eagles, ducks, and Canadian Geese. I know they are Canadian because I can’t understand them so they must be speaking French.

There have been coyotes, otters and even a bear cub, plus the fishing isn’t too bad.

On this day I had a couple of hours to myself so I grabbed my fly rod and headed down. There had been some rain and it was still a little overcast. The weather was getting cooler so I thought it might get the fish moving. I started out nymphing in a spot where I had some luck before. The river was still low so I had to keep adjusting the depth of my flies so they wouldn’t keep getting stuck on the bottom.

I felt a couple of hits but had no luck. The trouble with being on the clock is that you keep checking your watch, and you do it more often when you haven’t caught a fish. It’s like playing “Beat the Clock.” I then decided to put on a streamer and tied on an Olive Wooly Bugger with some flash. I began casting and thought that if I didn’t catch anything, at least I could work on my casting.

As I headed back to the truck I thought it was fitting that I caught a Fall Fish on the first day of Fall. Fall fishing is my favorite time to fish in New Hampshire, especially on my home river.