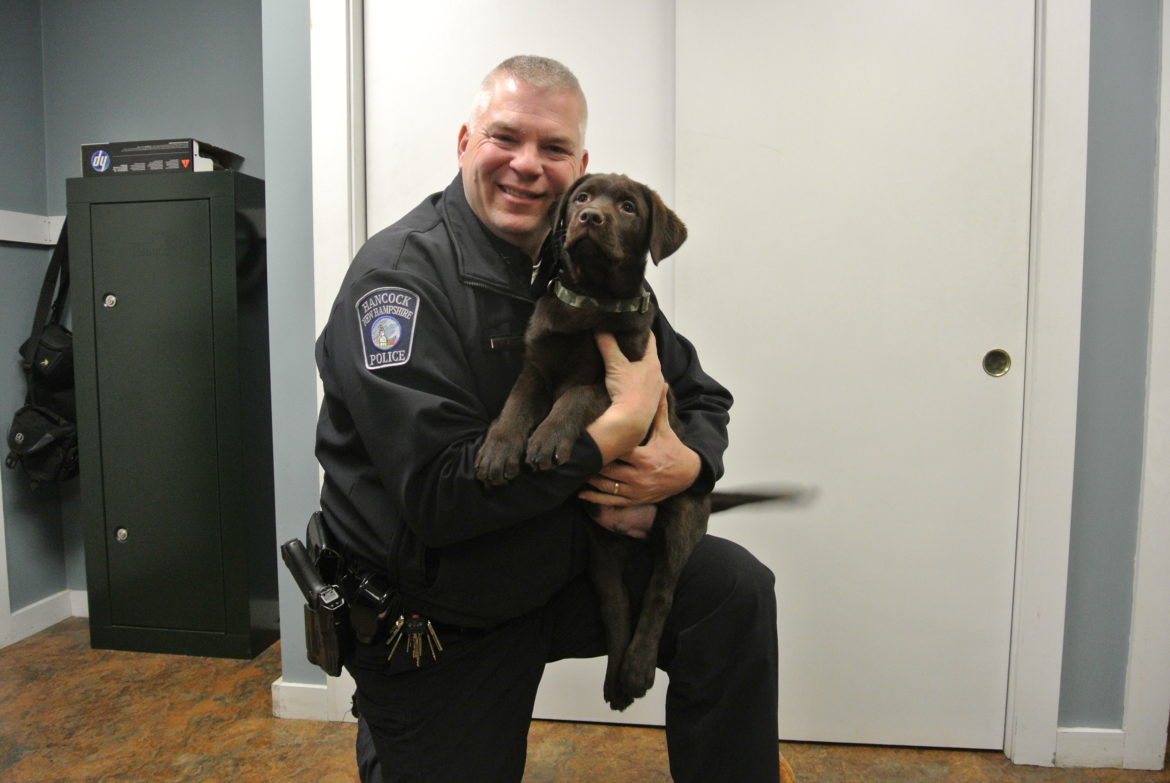 Wood was fired from his job in Hancock in 2020 after an internal investigation by the town’s Board of Selectmen found he was getting paid for hours he did not work, according to the town’s report.

Wood was simultaneously the chief in Hancock and the officer in charge in nearby Richmond. According to Hancock’s report, Wood clocked in to work for two towns at the same times and hired a police officer who could not get a police certification due to a sexual harassment case, the town report states.

“A review of your timesheets for the Towns of Hancock and Richmond, as well as dispatch logs, demonstrates a pattern of inaccurate, and false timesheet entries,” the Hancock board’s letter states.

The indictments announced Tuesday charge Wood only for the alleged time theft in Richmond.

Hancock selectmen investigated Wood’s timecards after becoming suspicious about the former chief’s record keeping. The investigation found Wood clocked in at Hancock while also working overlapping hours in Richmond, according to the letter. In many cases, the times Wood listed as having worked did not match the Hancock Police Department’s dispatch records.

“Claiming you worked for the Town of Hancock when you were in fact not working for the Town is a serious transgression that took advantage of the Town, its taxpayers, and had a detrimental effect on the management and fiscal responsibility of the Town,” the letter states.

Wood did not respond to a request for comment on Tuesday. When news of his firing became public, he said at the time that as a salaried employee he is entitled to a full salary regardless of hours actually worked. Wood maintained that he never worked fewer than 40 hours a week for Hancock, but he did not have the documentation to prove all the hours he worked for the town.

“I would find it virtually impossible to document all the calls I receive when I am not on duty as well as the work that is done while on my personal time,” Wood stated in a 2020 letter to the board.

Richmond’s Select Board started its own investigation after Wood’s alleged time theft in Hancock became public knowledge. By the time the discrepancies were discovered, Richmond voters had already dissolved the police department in favor of a contract with the Cheshire County Sheriff’s Department.

Hancock selectmen also took issue with Wood hiring Nathan Jette, a former Winchester Police Officer who lost his certification to be a police officer after he was disciplined for sexually harassing a female police officer he was supposed to be training, the board’s letter states.

Wood hired Jette in August of 2018 to fill a position in Hancock despite knowing that he did not have an active certification to work as a police officer in the state. Wood’s background investigation did not turn up any red flags, he told the town, though Wood acknowledged he did not speak to any Winchester officer who worked with Jette.

At the time, Wood claimed that he did not know about the sexual harassment issue, and he allowed Jette to work unsupervised as a police officer for Hancock while waiting for the New Hampshire Police Standards and Training Council to advise him on how to get Jette certified. That’s when council staff informed Wood of the discipline record, Wood claimed.

Wood stated that he learned of Jette’s discipline in early 2019. After talking to Jette about the matter, Jette resigned from the department, Wood said. A subsequent Police Standards and Training Council hearing on Jette’s possible reinstatement was held, and the council rejected the request, according to Hancock’s letter, which quotes the council statement:

“The Council does not consider Mr. Jette to be worthy of a police officer certification … it is a most egregious violation of trust and integrity of this office; and he should not be considered as a police officer in the future,” the Council stated.

Wood tried to hire Jette as a full-time officer in Richmond, but that town’s Select Board rejected the hire because they were aware of Jette’s past.

Neither Jette nor Wood are currently listed on the public Laurie List, or Exculpatory Evidence Schedule, which is supposed to catalog police officers with known credibility issues.

Wood was allowed to claim he resigned from Hancock after the town’s investigation. He blamed the Black Lives Matter movement and general anti-police sentiment for his resignation.

“With the events involving law enforcement throughout this country, I have decided that I have completed all of the tasks that I set out to accomplish in Hancock,” Wood wrote in his public resignation letter.

He further said that he wanted to spend his retirement focusing on the comfort dog program he started in Hancock with a dog that was donated to him by a local breeder.

Wood is due to be arraigned in Cheshire Superior Court next month. Each count carries a potential 7 and a half to 15-year state prison sentence if he is convicted. It is not clear yet if he will face additional charges for his time in Hancock.