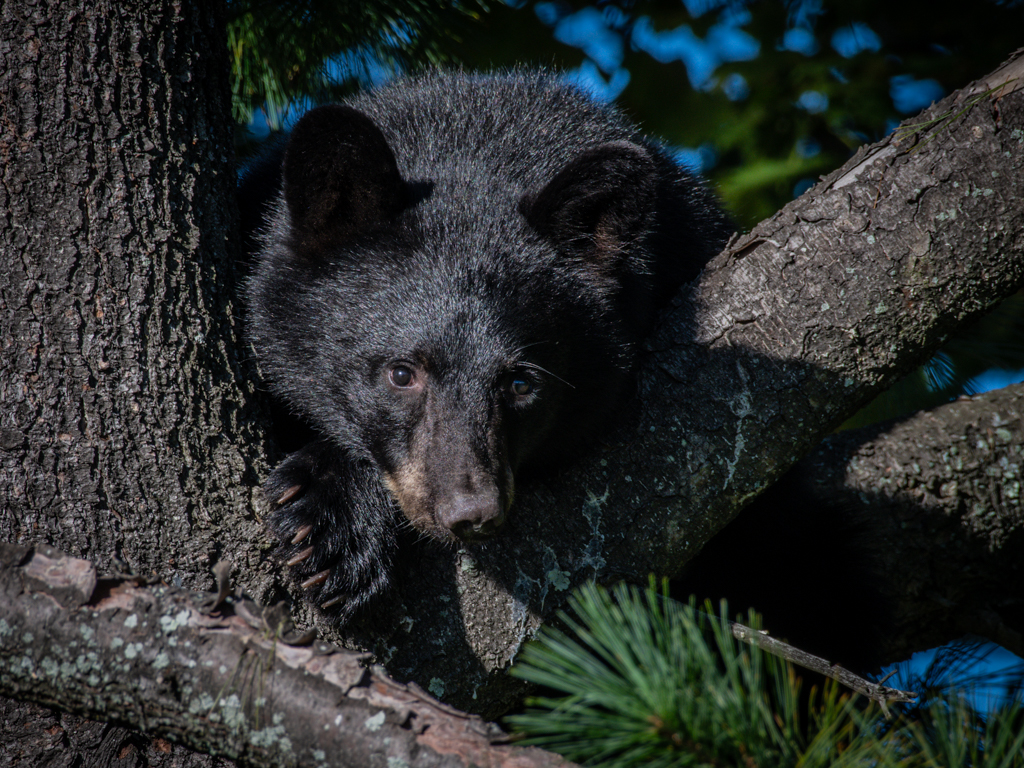 MANCHESTER – Manchester Police responded to Bronstein Park on Hanover Street Saturday for a report of a black bear in the park.

Officers found a small, young bear that had climbed a tree at about 8 a.m. after being spotted walking through streets in downtown Manchester.

Several people came out to watch, and take photos of the bear that sat on a branch about 20 feet from the ground. Officers kept people away from the immediate area of the tree to prevent the bear from becoming more nervous than it already was.

Manchester Police contacted New Hampshire Fish and Game to determine the best way to handle the situation. Conservation Officers and a biologist who works with the bear population were sent to the scene.

Conservation Officers, the biologist and Manchester Police placed the bear in a special tube on a trailer designed to transport the bear.

Lt. Adam Cheney of New Hampshire Fish and Game said the bear weighed about 45 pounds, and is 1.5 years old. The bear was transported to Ben Kilham a bear rehabber in Lyme. Cheney said the bear will be released in 15 days after the drugs have worked out of his system.

New Hampshire Fish and Game responds to several incidents involving bears, and when they are in city areas such as today they are relocated.