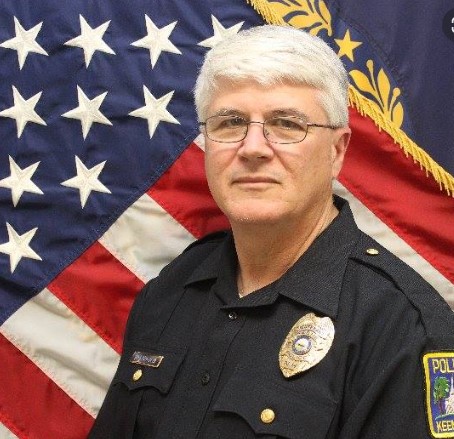 Gordon MacRae, the Catholic priest now serving a state prison sentence after he pleaded guilty to sexually assaulting four boys, once claimed in a lawsuit that the evidence against him was destroyed by a zealous investigator out to railroad him.

The old lawsuit brought by the convicted child sex predator against McLaughlin is newly relevant now that McLaughlin’s recently released personnel file shows the decorated investigator was once accused by his own department of doctoring evidence.

MacRae has maintained his innocence despite the guilty pleas since he was convicted in the 1990s. According to the lawsuit he filed in the United States District Court in New Mexico in 1994, MacRae claimed McLaughlin was out to get him since at least 1988, and the detective used dishonest means to secure an arrest and conviction. MacRae pleaded guilty in 1988 to a misdemeanor for endangering the welfare of a child in a case investigated by McLaughlin.

According to the lawsuit, McLaughlin intimidated witnesses as well as MacRae’s friends and family to build a case against the now-disgraced priest. During the investigation, McLaughlin recorded a November 1988 interview with MacRae in which MacRae allegedly made admissions to his sexual assaults, but the recording went missing by the time the case went to trial, according to the lawsuit.

“McLaughlin proceeded to make numerous false public claims in subsequent police reports about the content of this meeting and attributed statements to (MacRae) which were never made,” the lawsuit states. “Defendant James F. McLaughlin then became unable to produce said tape recording after claiming that this tape recording, and all other tape recordings referred to by (McLaughlin) in police reports to which he ascribes statements and admissions to (MacRae) which were never made, have become lost without explanation.”

MacRae’s lawsuit claims that he agreed to plead guilty partially based on the supposed evidence cataloged in the tape-recorded interviews. The lawsuit was filed in New Mexico as that is where MacRae was living at the time he brought the complaint. He was sent there by church officials after disclosing to superiors that he abused several children.

InDepthNH.org uncovered internal police reports that show McLaughlin lied to supervisors in at least two incidents. One in which he improperly fired his service pistol, and another in which an audio recording that could have proved misconduct by McLaughlin was destroyed.

In 1988, then Chief Thomas Powers wrote in a letter of reprimand that McLaughlin already had an internal record as a police officer.

McLaughlin was named on the Laurie List, or Exculpatory Evidence Schedule, in December, but was quickly taken off as he has a pending lawsuit to challenge his placement. The EES is a formerly secret list of police officers with known credibility problems, which has partially been made public. McLaughlin was listed for allegedly falsifying evidence. The incident that placed him on the list happened in 1985.

McLaughlin became a celebrity investigator, gaining fame for his then-innovative use of the internet to catch child sex abusers. He made cases against the suspects by posing as a teen in online forums and engaging in sexually charged conversations with adult men. At his peak, McLaughlin made 400 arrests on his own, according to a 2003 Boston Globe profile.

But some of those who he helped to convict, like Vermont man Robert Lamontagne, maintain McLaughlin set them up. Lamontagne served a 10-year prison sentence after he was convicted in 1990 in three counts of endangering the welfare of a child. In Lamontagne’s case, the convictions stem from accusations he sexually assaulted children related to him.

Lamontagne said this week he plans to contact the Innocence Project about his case. He has said neither he nor his attorney were ever told about McLaughlin’s credibility issues during the trial.

“There was no Laurie or Brady disclosure made about McLaughlin,” Lamontagne’s original defense attorney Bruce Jasper said earlier this year. “I’m sure it would have potentially changed the outcome.”

Whether it would have changed the outcome for MacRae, who pleaded guilty and who told Church superiors he abused boys, remains to be seen. MacRae has filed multiple failed appeals of his conviction.

Criminal defendants are constitutionally guaranteed to be told before trial of all evidence that is favorable to them, known as exculpatory evidence. If no such disclosure is made, even years later, they can petition for a new trial and in egregious cases charges may be dismissed and prosecutors sanctioned.

The Laurie List or EES is kept to alert prosecutors when they must disclose such evidence to the defense about police officers whose confidential personnel files include sustained discipline for dishonesty or use of excessive force.

In 1988 he was convicted on endangering the welfare of a child for allegedly taking pictures of a boy in a sexual situation. That incident was investigated by McLaughlin.

MacRae was given a year’s leave of absence by Bishop Odore Gendron following that incident, but he was allowed to celebrate Mass at Spofford Hall, a drug and alcohol treatment facility in Chesterfield. It was at Spofford Hall that MacRae allegedly found another victim, according to the Attorney General’s report.

According to a Church psychological evaluation following the guilty 1988 plea, MacRae admitted to abusing numerous boys in his time as a priest.

“Father MacRae reported several inappropriate sexual encounters with adolescents. Although he experiences intense shame and guilt for the behavior, he indicated that he does not feel in control of such behavior. Father MacRae is in the early stages of understanding and arresting the inappropriate sexual encounters with minors,” the evaluation states.

A second therapist reported to Church officials in 1989 that MacRae fit the description of a sexual predator.

“Mr. MacRae appears to fit the description of a fixated sexual offender, a man who has a primary sexual interest in children, usually males, though with the possibility of attraction to and sexual activity with adults, who identifies with his child victims and who relates to children as peers, scaling his behavior to the child’s level or acting in a pseudo-parental role,” that report states.

After that evaluation, MacRae was sent to treatment at the Catholic clinic, Servants of the Paraclete in Jemez Springs, New Mexico, from where he filed his lawsuit against McLaughlin. The lawsuit would be dismissed after MacRae’s conviction.

While MacRae remains a Catholic priest, the Diocese of Manchester has stated that he is not considered suitable for ministry.
MacRae is 69 years old and incarcerated at the New Hampshire State Prison for Men in Concord with a minimum parole date of June 12, 2028, according to the Department of Corrections website.