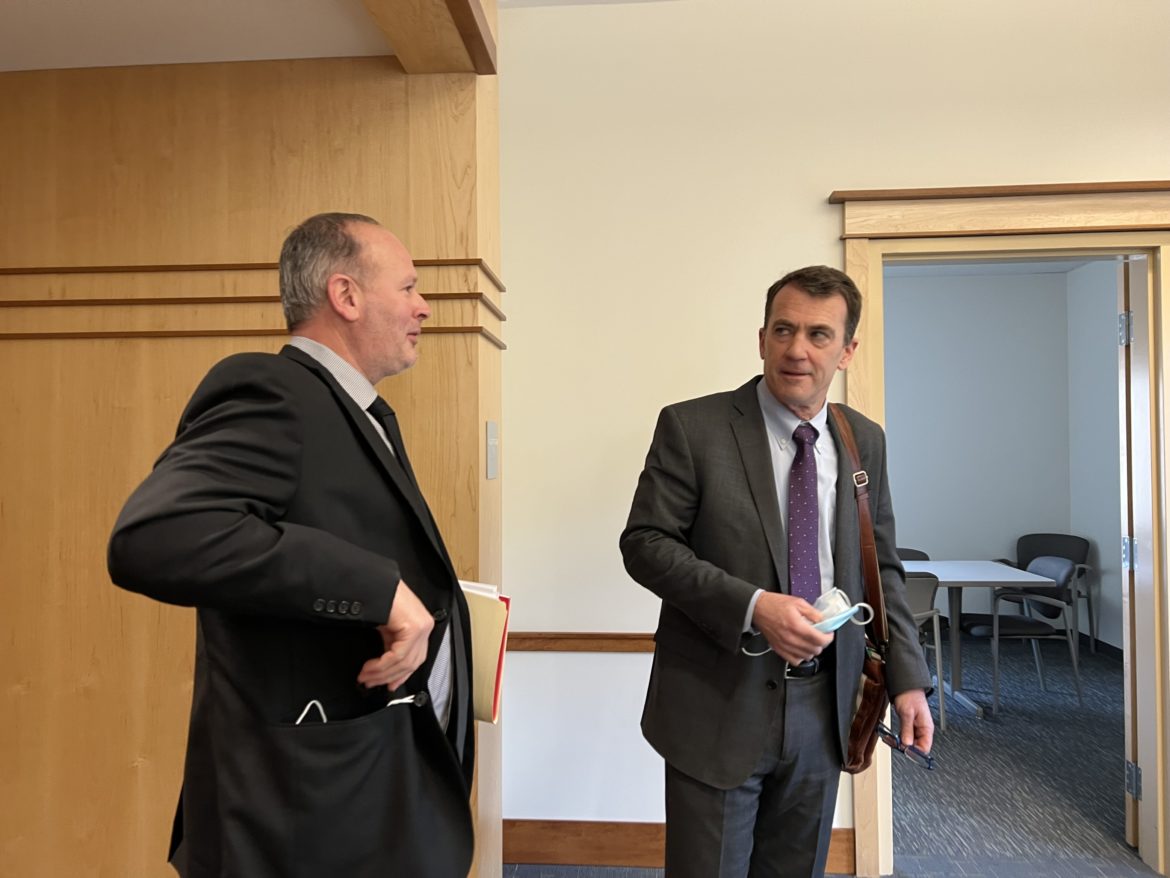 CONCORD – A judge has granted retired Nashua police officer Anthony Pivero’s motion to litigate in his own name the lawsuit he filed seeking to have his name removed from the Laurie List, which is now called the Exculpatory Evidence Schedule.

“I’ve got nothing to hide,” Pivero said. “I don’t think anything I’ve done would be embarrassing.”

Pivero said he was placed on the Laurie List without his knowledge 14 years after he retired and not notified until four years later last September. He filed the lawsuit for removal in his own name, but the Superior Court changed it to John Doe and sealed it citing the law that went into effect that September.

The law allows officers on the Laurie List the chance to file a lawsuit in Superior Court to argue why their names should be removed before the list is public.

According to Attorney General John Formella’s latest compliance report in July, 183 or the 265 original redacted names on the list have been made public. There are 70 lawsuits pending in Superior Courts, Formella said.

Formella said it was the superior court system that sealed the lawsuits because of language in the new law RSA 105:13-d V (“Nothing herein shall preclude the court from taking any necessary steps to protect the anonymity of the officer before entry of a final order.”

The only information available for the court cases are the pseudonymous name, case number and the court where it is pending.

Pivero has been fighting for almost a year trying to find out why his name is on the list.

Pivero lost a public records lawsuit in February trying to find out what caused his name to be placed on the list when the judge ruled he could get that information during discovery in his Laurie List lawsuit.

“They have provided me with documents, but they do not describe why I am on the Laurie List,” Pivero said, adding he was just notified that Nashua police had to provide all discovery by mid-November.

Pivero was disliked by police management when he was the union president and would speak to the press when he believed the department wasn’t following its own rules.

He also complained to the attorney general in 2013 about then-Nashua Police Chief John Seusing, launching an investigation that found no wrongdoing, but ended up placing Seusing on the Laurie List.

The attorney general’s investigation found that Seusing had lied about a case to his supervisor years ago, adding he was disciplined and had admitted to the lie.

The lie was disclosed to the defense as constitutionally required in one homicide case in 1993, but the judge ruled it inadmissible saying it wouldn’t have made a difference and likely would have confused jurors. Then it wasn’t disclosed again until after the attorney general’s investigation.

Pivero also testified in a case in 2017 in which he said a Nashua officer confided in him while Pivero was working in federal law enforcement that the officer tried to coerce a confession in a high profile murder case.

“It’s terrible,” Pivero said. After spending several thousand dollars so far to clear his name, he expects it will become even more costly if he has to take depositions as he gets closer to trial.

“It’s terrible. Imagine trying to get on an airplane and they said no because you are on the no fly list, but won’t tell you why.

“These lawsuits should be public. Police conduct should be open. We shouldn’t be hiding what we do while on duty,” Pivero said.