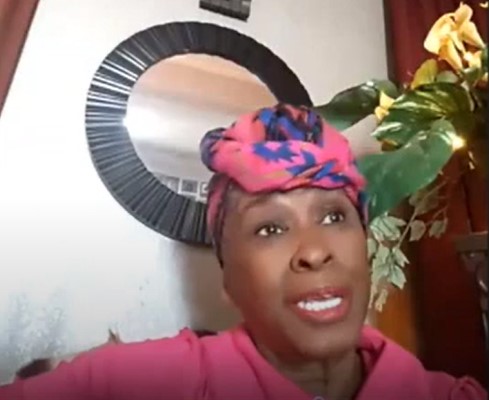 Barbara Baker Williams recalled her family's experience with the "Reverse Freedom Riders" from New Orleans to Nashua in a video for the NH Black Heritage Trail last year.

“Reverse Freedom Riders” Were Bused to NH 60 Years Ago

On a hot summer day in 1962, five Black men from New Orleans stepped off a bus in Concord, New Hampshire, where they hoped to find employment.  Their tickets had been purchased by white segregationists who staged the “Reverse Freedom Rides” in an attempt to embarrass northern liberals.

The stunt bears striking similarity to the recent transportation of asylum seekers from Texas to Martha’s Vineyard, orchestrated by Florida’s governor, Ron DeSantis.

In a cynical parody of the 1961 Freedom Rides, when courageous teams of Black and white bus-riders risked life and limb on a journey through the segregated South, the White Citizens Council of New Orleans lured Black residents onto northbound buses with promises of employment at the other end.  “Their ideal recruits were single mothers with many children, and men who had gotten entangled in the criminal justice system,” Gabrielle Emanuel reported for NPR in a story that aired two years ago.

With one-way bus tickets and five dollars for expenses, some 200 people headed for northern cities.  Concord was among them.

After arriving in Boston, David Lee Pickens, Flemming Conner, Jim Henry Jones, Mosel Armstrong, and Pierre Thompson got on the bus to Concord, joined by a reporter from the Portsmouth Herald.  According to the reporter, John Whiteman, the men were looking for “a fresh start away from New Orleans and desire for regular, well-paid jobs in New Hampshire.”

Wesley Powell, the Republican governor, was out of town that day, but told a reporter, “the welcome mat is out for any Negroes who want to come to New Hampshire.”  The governor instructed the Commissioner of Health and Welfare to be helpful and asked Concord city officials to help out, as well.

When the five men from New Orleans arrived in Concord, they were besieged by “almost a score of newsmen,” according to one report.  The greeting party also included several Black residents of Concord, the executive director of the NH Council of Churches, and Emerson Reed, chair of the Seacoast NAACP’s Legal Redress Committee.  Also on hand was James Barry, NH Commissioner of Health and Welfare, who according to the Herald told the men, “We welcome you to New Hampshire and are going to do everything possible to make your life here enjoyable.”  The group was then whisked off to Grenier Field, as what is now Manchester-Boston Regional Airport was then known, for assistance.

The arrival of the Black southerners was not without controversy.  One woman at the bus station was critical of Powell for assisting the Riders.  Someone showed up with a confederate flag.  John King, the Democratic Party’s candidate for governor, reportedly accused Powell of encouraging the riders with reports of abundant jobs.

Other Black southerners followed, among them Barbara Baker Williams, a mother of three who was at the time pregnant with her fourth.  “My husband was part of the civil rights movement.  So was I.  We integrated New Orleans,” she recalled last year in an interview for the NH Black Heritage Trail.  Williams said that her husband was kidnapped from their home by white supremacists and taken to jail.  When they released him, he was put on a bus to Manchester, she said.

“Then they came after me,” she said. With three small children in tow and watched over by segregationists, she travelled to New York, then to Boston, then to Nashua, where she settled and soon joined other Black residents to make the small, northern city more hospitable to African Americans.

The New York Times reported on August 6 that a mother of four had arrived in Concord the previous day, bringing the total of Reverse Freedom Riders sent to New Hampshire to 31.

Other than the case of Barbara Baker Williams, I have no idea what happened to the rest of the Riders who found their way to the Granite State.  I imagine they did the best they could in the circumstances.

Wesley Powell accused the segregationists behind the plot of “trafficking in human misery.”  The same could be said of Governor DeSantis and whoever else was involved in cruel manipulation of the asylum applicants who found themselves in Martha’s Vineyard.

One difference stands out: the current case was organized and funded by a government official, not private groups.  Lawyers for Civil Rights, which is representing the immigrants sent to Martha’s Vineyard, has called on state and federal agencies to investigate.

“Our clients were induced to board airplanes and cross state lines under false pretenses,” they wrote in letters to the US Attorney and Massachusetts Attorney General.  “Individuals, working in concert with the Florida Governor, made numerous false promises to our clients, including of work opportunities, schooling for their children, and immigration assistance, in order to induce them to travel.”

“Once the planes landed,” they added, “those who had induced our clients to travel under these false pretenses disappeared, leaving our clients to learn that the offers of assistance had all been a ruse to exploit them for political purposes.”