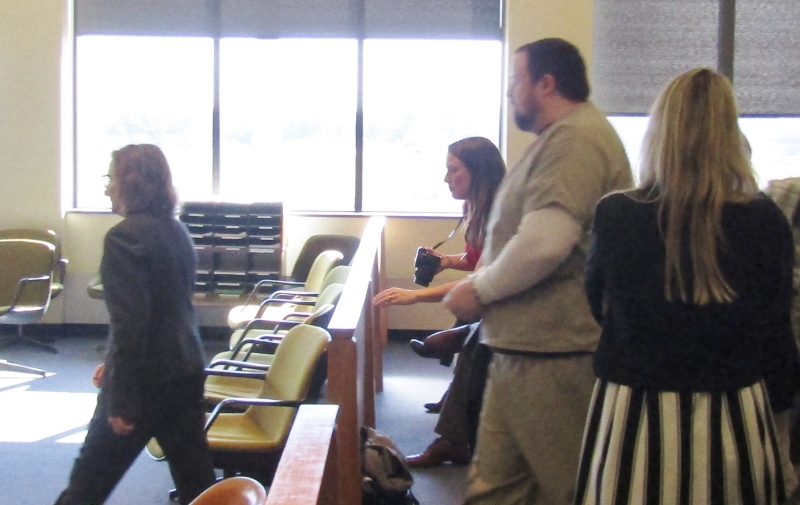 CONCORD – The state Supreme Court ruled charges against accused double murder Timothy Verrill will not be dismissed because of withheld evidence that led to a mistrial.

But writing for the court, Senior Associate Justice Gary Hicks ordered the case sent back to Superior Court Judge Mark Howard for a hearing to determine whether State Police and the Attorney General are culpable for the state’s discovery violations, and deal with any possible sanctions short of dismissing the charges.

“Although we affirm the trial court’s decision not to impose the harshest penalties – the dismissal of the defendant’s pending charges – we do not condone the state’s conduct,” Hicks wrote.

Verrill’s trial ended in mistrial after revelations that prosecutors didn’t turn over a large amount of required evidence to the defense before trial.

Verrill stands accused of the stabbing and beating deaths of Christine Sullivan, 48, and Jenna Pellegrini, 32, at the home of Dean Smoronk in Farmington where their bodies were found Jan. 27, 2017. Sullivan lived with Smoronk and Pellegrini was a houseguest, according to court records.

Verrill also allegedly tried to hide their bodies under the home’s porch and attempted to hide or destroy other evidence.

The investigation involved numerous witnesses at the house around the time of the murders or people believed to have been involved in drug operation headed by Smoronk and Sullivan, according to the ruling Sept. 14.

Verrill was alleged to have worked for Smoronk and Sullivan in that operation, according to the ruling.

Verrill had asked the state Supreme Court to dismiss the pending charges in the murder cases arguing continuing the prosecution after the mistrial amounted to a violation of the double jeopardy and due process protections.

While the court found that the prosecution and the State Police Major Crime Unit were at fault for withholding voluminous evidence in the trial including some that could possibly be exculpatory, their actions do not meet the standards for double jeopardy protections, Hicks wrote.

Instead, the justices sided with Judge Howard.

“(Howard) specifically found the government conduct in this case was ‘the product of sloppiness, [lack of] oversight, and poor management practices’ principally of the lead MCU investigator, and implied that the conduct was not ‘intentionally unlawful,’” Hicks wrote.

For double jeopardy to kick in, the prosecution would have had to have acted intentionally to goad the defendant into seeking a mistrial. Instead, Howard, and the Supreme Court justices found that evidence was withheld due to numerous human errors compounded by inadequate State Police investigative record-keeping systems.

“The (Major Crimes Unit) has no designated procedures for compiling a casebook and offers no formal training on the subject,” the ruling states. “Additionally, the MCU has no centralized records management system. The lead MCU investigator assigned to this case used a spreadsheet to track investigator assignments and testified that if he inadvertently excluded an investigative task from his spreadsheet, he would have no indicator or reminder to follow-up on the task’s completion. In other words, a failure to record an item onto the spreadsheet would likely result in a failure to collect the item.”

Prosecutors said at trial that Verrill thought one of the women was a police informant. Sullivan had been involved with Dean Smoronk and defense attorneys proffered the theory that the murders were connected to an attempted expansion of the drug business.

Some of the evidence that the State Police initially did not turn over to prosecutors included the discovery involving the alleged drug trafficking, which was handled separately from the murder investigation, according to the Supreme Court order.

The new trial cannot go forward until the hearing is held, according to one of Verrill’s attorneys, David Rothstein. He said it is too early to say what will happen next in the case.

“I assume the court will set up a status conference in the near future and by then we will have a better idea of what the plan might be,” Rothstein said.