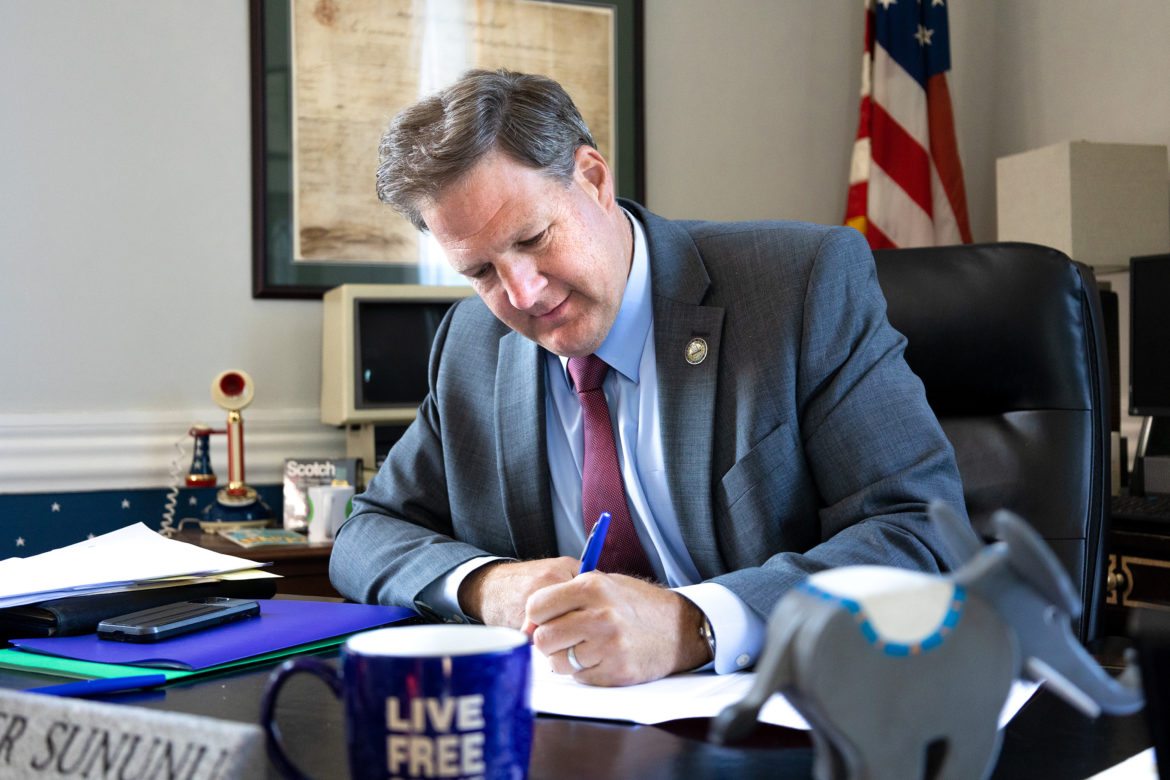 House Deputy Speaker Steve Smith, R-Charlestown, called the governor’s program to give every electric customer a $100 credit “a meaningless political gesture.”
Instead he said the program contained in House Bill 2023 would help those who qualify for fuel assistance now and additionally those earning between 60 and 75 percent of the state’s median income.

Under the program a person who qualifies would receive a $200 electric credit and a $450 heating credit.

The total cost of the program would be about $42 million and would not use up all the state’s surplus funds from the last fiscal year, House members were told.

“It will not fix the problem,” Smith said, but the money would help instead of sitting in the bank.

House Democrats supported the program but called it a Bandaid, noting a longer range solution is needed.

“Today we recognize each of us would rather light a candle than curse the darkness,” said Rep. Marjorie Smith, D-Durham. “This is a Bandaid, a short term Bandaid. . . But it looks for people who need the most help.”

The bill passed the House on a voice vote before passing the Senate on a 23-0 vote.

In the Senate, Senate Majority Leader Jeb Bradley, R-Wolfeboro, said the direness of the emergency necessitated the unprecedented measure.
But he and other Republicans, including those in the House refused proposed amendments to the bill offered by Democrats to expand the measure to lift the cap on net metering for larger renewable energy projects and to provide $10 million more for energy efficiency programs.

The amendment was rejected by Senate Republicans despite energy bills increasing by well over 100 percent in some cases this past month.

After the vote, Sen. David Watters, D-Dover, stated, “Well before the start of the energy crisis, Democrats were advocating for renewable energy policies that would have significantly driven down costs for New Hampshire families. But time and again, those polices were rejected by Republicans who refuse to acknowledge the long term economic and environmental damage caused by their refusal to act.”

Sen. Rebecca Perkins Kwoka, D-Portsmouth, said, “Our amendment could have helped to ensure that municipalities, businesses, and individuals have the ability to choose their own energy futures, reduce energy costs, and reduce property taxes. Instead, Republicans chose to play political games instead of passing meaningful, lasting change.”

And Sen. Tom Sherman, D-Rye, who is running against Sununu said, “We are actively falling behind in the renewable energy economy – losing out on high-paying jobs, lower energy costs, and the opportunity to fight climate change in a truly meaningful way. I am extremely disappointed that my Republican colleagues have once again refused to adopt renewable energy policies at a time when costs have never been higher, and Granite Staters are paying the price.”

But Bradley called it “a poison pill” which would kill the bill entirely.

“50,000 households would be denied the relief that they so need. That is the reality. And I for one deal with reality in this building especially,” Bradley said.

Bradley noted the price of energy has skyrocketed with home heating oil now at about $5 a gallon compared to $2.80 a year ago.

“People are fearful as they try to pre-buy and are really fearful of what happens when it gets cold,” Bradley said.

The same is true for electricity, he said, which has doubled for most people.
He thanked Senate President Chuck Morse, R-Salem, for leadership in growing the state’s economy and noted the surplus of over $400 million.

“There is nothing more important in my belief than working together and making sure that some of that surplus is given to people who need it the most,” Bradley said.

State Sen. James Gray, R-Rochester, said he was confronted with “jargonistic” amendments at the last minute and is not so sure it is needed.
“I don’t understand it right now,” and if that is the case, “I am not going to vote for it,” Gray said.

Neither the underlying bill nor the amendment had hearings, but Gray said the underlying aspects are essentially expanding an existing program.
It will be administered by the county CAPs, but the agencies do the LIHEAP income verification.

Just how much heating assistance is given will be determined by financial eligibility as verified by the county CAP agencies.  To seek an appointment for home energy assistance, visit: https://www.capnh.org/home

After the vote, Sununu said: “New Hampshire just delivered the largest energy relief package this state has ever seen, helping families in need this winter – using our state surplus funds.

“While this final legislation looks a little different from what we originally proposed, this is a big win, and I’d like to thank Speaker Packard and Senate President Morse for getting this across the finish line. Thanks to strong fiscal management, New Hampshire is able to invest state-surplus funds to help families get through this winter.”

Garry Rayno contributed to this report.