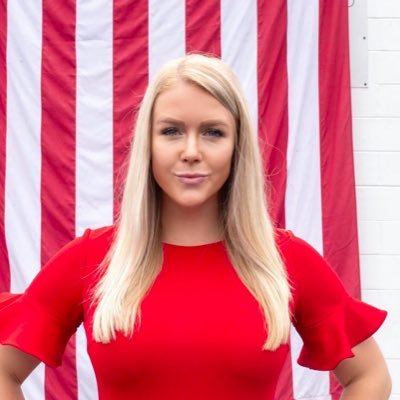 Sununu received about 79 percent of the GOP vote, which totaled about 140,000 in unofficial and yet to be finalized results.

The hotly contested contests at the top of the ticket were the GOP nominations for US Senate and US House and two of the three races were within a couple of percentage points.

In his victory speech, Bolduc appeared with a shield with three arrows stuck in it which drew national attention. Trump praised Bolduc’s showing, but did not endorse him.

Morse was endorsed by Sununu and was helped by tens of millions of dollars of advertising by the GOP PAC run by US Senate Minority Leader Mitch McConnell, but it was not enough.

The biggest winner in the race for control of the US Senate and House was former Trump aide Karoline Leavitt with a commanding victory over Matt Mowers, a former aide to New Jersey Gov. Chris Christie and former NH State Republican Party executive director as they sought the GOP nomination to the 1st Congressional District seat.

Leavitt received 25,461 votes or 35 percent in topping the six-candidate field, while Mowers received 18,638 votes or 25 percent. Gail Huff Brown finished third with 17.5 percent and former Executive Councilor Russ Prescott received 10 percent, while the other two were in single digits.

Mowers won the GOP nomination two years ago, but lost to incumbent Democrat Chris Pappas, who ran unopposed in the primary.

The closest contest was in the 2nd Congressional District race for the GOP nomination with Robert Burns edging out Keene Mayor George Hansel, who was endorsed by Sununu.

There were few races in the five redrawn Executive Council districts.

Warmington received about 80 percent of the vote, while Cryans received 16 percent and Todd 4 percent.

French received 67 percent of the vote in the Republican primary against Kim Strathdee.

The race for the GOP nomination for the District 4 seat pitted GOP incumbent Ted Gatsas against Terese Grinnell. Gatsas received 72 percent of the vote, and will face former state Sen. Kevin Cavanaugh in the general election.

In District 1, GOP incumbent Joe Kenney will face Democrat and Somersworth Mayor Dana Hilliard in the general election. Both candidates were unopposed in the primary.

Several House members are attempting to move up to the Senate after the primary election, and several will not make it.

The two candidates for the 1st District were unopposed. Democratic Rep. Edith Tucker will face Republican Carrie Gendreau in the general election.

The winner will face Democrat Kate Miller in the general election.

In the open District 7 race, Daniel Innis won a GOP primary over Thomas Dunne with 63 percent of the vote and will face Democrat Richard Lobban in the general election.

In District 11, GOP incumbent Gary Daniels easily defeated John Frechette and will face Shannon Chandley in a rematch from the 2018 and 2020 elections.

In District 13, incumbent Democrat Cindy Rosenwald will face either Stephen Scaer or Daniel Paul in a GOP race that was not decided.

A GOP primary that had not been declared between two House members seeking the District 16 seat, Michael Yakubovich and Barbara Griffin. The winner will face Democrat Jane Trisciani, who ran a write-in campaign.

In District 17, House member Harold Pearl won a GOP primary against Scott Bryer and will face Democrat Christine Tappan in the general election.

Former House member George Lambert won a GOP primary against Ross Terrio with 55 percent of the vote in the District 18 race, and will face incumbent Senate Minority Leader Donna Soucy in the general election. This will be a rematch from several elections ago that Soucy won.

Two House members vied for the GOP nomination for the District 22 seat vacated by Senate President Chuck Morse to run for US Senate. Daryl Abbas defeated Paul Torosian with 55 percent of the vote, and will face Democrat Wayne Haubner in the general election.