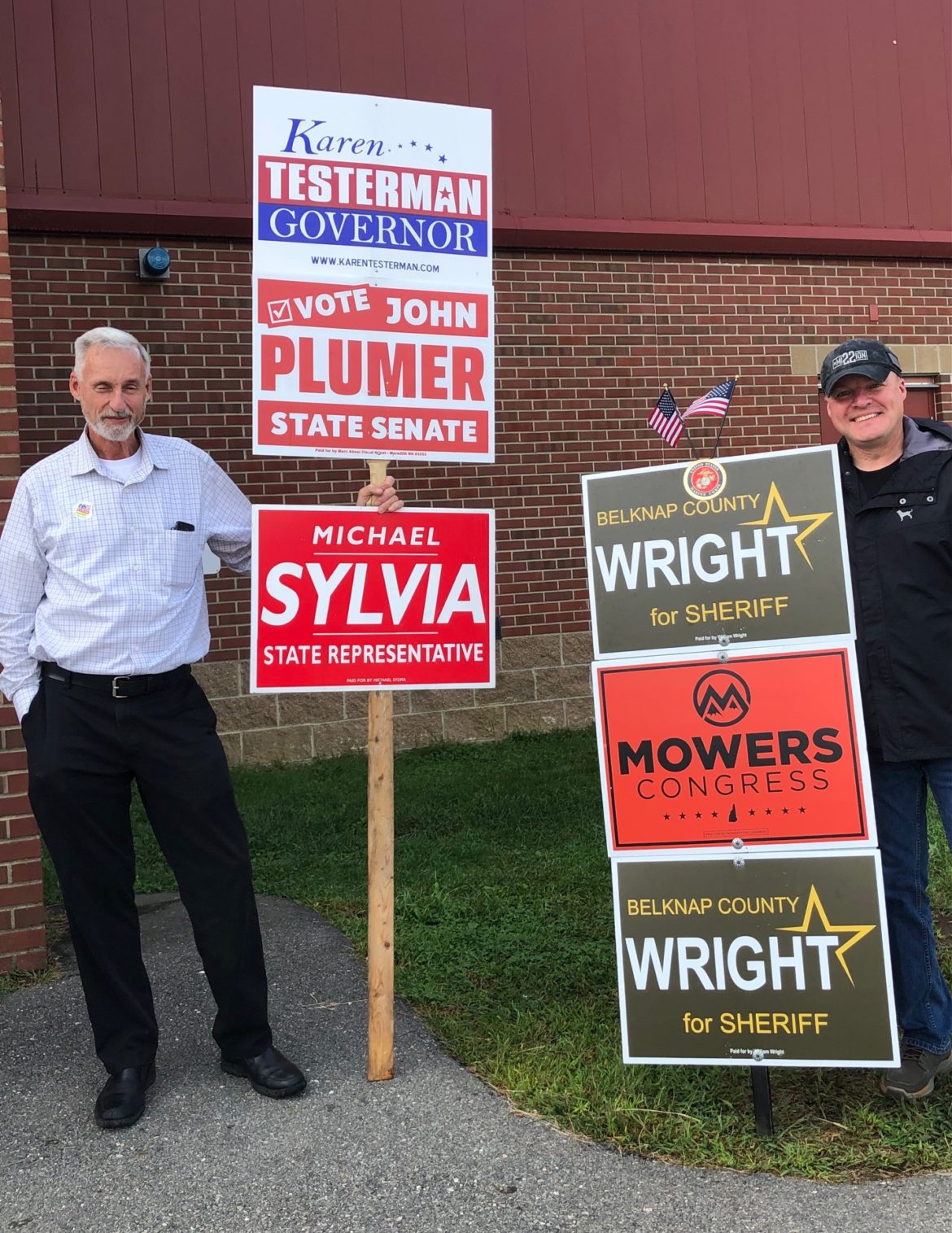 InDepthNH.org will have the results of the 2022 New Hampshire State Primary Election on Wednesday. People were still voting when this story was written Tuesday.

There were some noteworthy additions to the 2022 New Hampshire State Primary Election on this rainy Tuesday.

Besides the usual bake sales and outdoor campaigning – rain or shine – that come with elections in New Hampshire, three communities Windham, Bedford and Ward 6 in Laconia welcomed election monitors who were appointed because of past significant defects in vote counting or the administration of elections.

New this primary, at noon the moderators of Laconia Ward 1 and Hopkinton were notified that Secretary of State Dave Scanlan has selected the AccuVote electronic ballot counting devices in Laconia, Ward 1 and Hopkinton for the post-election audit of the State Primary Election, in accordance with S.B. 366 (2022). The 2022 State Primary is the first election this procedure will be used, according to a news from the Secretary of State’s Office.

Scanlan, who toured polling places around the state as his predecessor did.

A public audit of the ballots processed by the AccuVote devices in these polling places will be conducted on Thursday, Sept. 15 at 4 p.m. at the New Hampshire Archives and Records Management in Concord.

The intent of this audit is to test the process of using high speed scanners to be used in the General Election on Nov. 8. The results of the audit will be released to the public no later than Friday at noon.

“As expected, we have received a mix of questions about participating in the election, the ability to participate in an opposing party’s primary, and accurately posting election location and timing information,” Garrity said.

He also said there were complaints about electioneering at the polls and the ability to request hand count ballots.

The Attorney General’s Office will be operating its Election Day hotline until 8 p.m. Tuesday.

Garrity encouraged voters and election officials with concerns or questions to call 1-866-868-3703 (1-866-VOTER03). Inquiries and complaints may also be submitted via email at electionlaw@doj.nh.gov.

A team of approximately 36 attorneys, investigators, and staff has also been deployed to polling locations across the state to assist local election officials and respond to any issues that may arise.

They are authorized by statute where the Attorney General finds there were significant defects in vote counting or the administration of elections.

The Windham election review found administrative shortcomings and significant inaccuracies in vote counts due to the processing of incorrectly folded ballots in the November 2020 General Election, according to a news release from the Attorney General’s Office.

The election monitors are required by law to produce a report within 30 days of the primary.