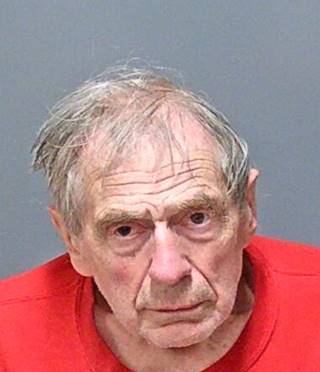 The Sununu Youth Services Center in Manchester was called YDC, or the Youth Development Center, for many years where juveniles were incarcerated.

Dolan did not respond to a request for comment on Monday.

Judge Andrew Schulman ruled Friday that Davis’ deposition in the civil case can go forward, but attorney for the victims David Vicinanzo told InDepthNH.org that because of the competency motion in the criminal case it is doubtful Davis will ever give testimony in the civil case.

“The deposition will have to be suspended indefinitely until the competency issue is resolved,” said Vicinanzo, who represents about 800 victims with attorney Rus Rilee.

Michael Garrity, the New Hampshire Department of Justice’s communications director, said members of the YDC Task Force investigating and prosecuting the cases of alleged abuse at the juvenile detention center will not comment on the development of the competency issue in the civil case.

“(I)n terms of the NH DOJ’s Criminal Justice Bureau side of our office: the YDC Task Force would have no comment on any aspect of the ongoing litigation involving Mr. Davis,” Garrity said.

Garrity said the state attorneys for the Civil Bureau only brought up the question of Davis’ competency after they were told about concerns from lawyers for the victims.

“In the civil case, we raised questions regarding what would be the need for and usefulness of Mr. Davis’ deposition if, as Nixon Peabody has represented to us, he has dementia,” Garrity said.

Vicinanzo, who is with the Nixon Peabody firm, said that is not true. Vicinanzo told InDepthNH.org that he never raised the issue about Davis’ competency with the state.
He told Schulman in court last week there is, in fact, no evidence that Davis, 80, is suffering from any form of dementia. In a new motion filed Monday informing the court about the delay, Vicinanzo questions why the state would be making an issue out of the alleged dementia in the civil case.

“Neither the defense nor the criminal prosecutors from the Attorney General’s office had previously filed any motion or notice in the criminal case suggesting that Davis may not be competent to testify or to stand trial. Indeed, the Attorney General’s motion to quash in this civil proceeding comes as a surprise given that the criminal prosecutors have a constitutional duty to raise competency if they have any good faith reason to doubt Davis’ competence,” Vicinanzo wrote in Monday’s filing. “It is curious that the first time Davis’ competence is raised is in this civil case, rather than in the criminal case.”

According to Vicinanzo, many of his clients have accused Davis of sexually and physically assaulting them and have been interviewed by State Police.

The deposition sought to have Davis name who else at the YDC and the state knew about the crimes he was allegedly committing.

According to Vicinanzo, Davis may now never go to trial on the criminal charges thanks to the state’s motion in the civil case.

Vicinanzo’s motion informing the court about the delay states that Davis’ lead counsel, Aviva Jeruchim, got the idea to file a motion for a competency hearing based on the state’s civil motion to quash the deposition.

“Aviva Jeruchim called the undersigned. Encouraged by the State’s position in the civil case casting doubt on Davis’ competency to testify, Ms. Jeruchim not surprisingly indicated that she would file a motion alleging his incompetence in the criminal case, and would do so on Monday, September 12, 2022,” Vicinanzo writes. “If, as the State had suggested, Davis is found to be ‘incompetent,’ the State will be barred from prosecuting him in the criminal case and he will evade justice.”

Vicinanzo writes that he will seek to depose Davis if he is ever ruled competent to stand trial.

The state is trying to settle with the hundreds of victims with a $100 million proposal that Vicinanzo and others have criticized. According to Vicinanzo, the state’s settlement proposal caps settlement amounts, shortchanges the victims, and is needlessly confusing for the victims to navigate.