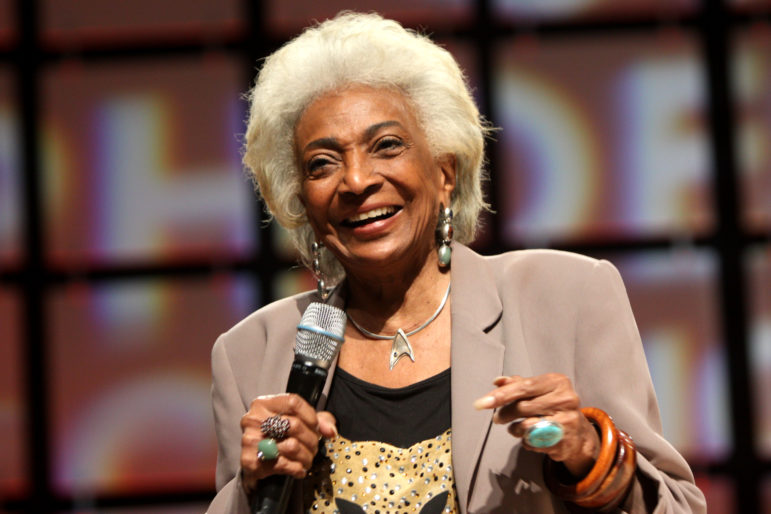 When I look back at my childhood, Star Trek was there. Granted, it entered my life in the form of reruns, but those shows were not that old. I was a serious fan. When I look back at my teenage years, Star Trek was there, as I developed leadership skills in the role of President of our high school Star Trek club. Back then, Captain Kirk was an adventurous swashbuckler. Spock was rational, logical, and often predictable. Chekov and Sulu navigated the ship through uncharted regions of space. As an adult, I reflect on how each of these jobs seemed interesting and exciting, but it was always Lieutenant Uhura who inspired me.

Played by singer, dancer, and actress Nichelle Nichols, the role of Lieutenant Uhura captivated me. From an early age, I knew she was important because she was an officer on the bridge. As Uhura hailed ships, stations, and planets, her role as Communications Officer emphasized the importance of language in exploration. Lieutenant Uhura was levelheaded, compassionate, and beautiful, exemplifying how I would want to carry myself if I had a position on the bridge. However, I must admit that my favorite aspect of her character was her voice.

In the original Star Trek series, Nichelle Nichols shared her love of singing with us in two beautiful songs. “Oh, On the Starship Enterprise” was a playful song crafted by her character to bring smiles to her listeners’ faces and hearts. In this song, she caringly pokes fun, first of Mr. Spock and next, a young visitor known to fans and viewers as Charlie X.  In another episode Nichelle sings a song called “Beyond Antares” that must be one of the most beautiful songs I have ever heard. Her love of music, combined with her talent and training, makes her performance of this song musically enchanting.

While my memories of Lieutenant Uhura’s adventures are fond, I would be remiss not to emphasize the impact that Nichelle Nichols has made, not only on this star-struck fan but on the world! It is no secret that she served as a symbol of hope, encouragement, and dreams coming true for African Americans. Much has also been written about little girls who saw endless possibilities in their future because Nichelle Nichols’ character flew beyond the stars. Her impact reached beyond race and gender as she became a spokeswoman for NASA. On her website she wrote, “…where I helped recruit and inspire a new generation of fearless astronauts; young men and women with a strong belief in themselves, in their potential, and in a future of learning and achievement for all humanity.” (uhura.com)

Nichelle Nichols has passed away, and I remember her with gratitude in my heart. As her ashes are sent into space later this year, it will serve as a reminder to me of how she continues to pave the way, boldly going, and boldly inspiring. Her legacy clearly lives on.

Ann Welch, M.Ed. is an experienced educator, curriculum specialist, and educational leader who instructs students of all ages in developing vital skills for realizing their dreams and achieving success in life. Throughout her extensive career in education, Ann has guided learners in developing and cultivating self-motivation, growth mindsets, and a better understanding of who they are as learners. She holds licenses in Curriculum Administration, General Special Education (K-12), and elementary education. Her experience includes a wide variety of teaching and educational leadership roles. Ann’s company, Personalized Education Pathways, can be found at www.mypepllc.com.