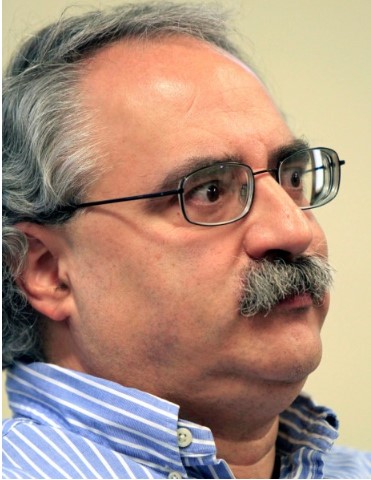 Scott Farah was the former owner of FRM, Financial Resources Mortgage Inc. in Meredith. He was sent to prison for his part in the largest Ponzi scheme in state history.

CONCORD – The state Attorney General’s Office is refusing to identify the 161 people who have applied for state reimbursement for losses incurred as a result of the 2009 collapse of the FRM Ponzi scheme.

Spokesman Michael Garrity said in an email that 41 of the claims have been evaluated by a fund administrator and four have been rejected. The fund website updated the evaluated claims to 59. The closing date for submissions was May 18.

“To date, no distributions have been made, and the names of the applicants are not public,” said Garrity, citing the right-to-know law, RSA 91-A: 5, IV. He added that distributions will be made on Dec. 31, saying that disclosure of the names would constitute an “invasion of privacy.”

The law, established by RSA 359-P, but funded though the state budget, caps each claimant’s state payout to 50 percent of the certified loss.

Andru Volinsky, a lawyer in private practice with substantial expertise in the right-to-know law, said the names should be public.

“I understand the attorney general is relying on invasion of privacy to withhold the names of the applicants and their position, and I think it is in error,” Volinsky said.

“None of these applicants was required to register,” Volinsky continued. They have voluntarily put themselves out there seeking reimbursement.
“The state is not invading their privacy. They are voluntarily providing information to get a benefit. The public good will be served by knowing who is asking for the money and who will receive the money,” Volinsky said.

Garrity said that most of the claimants did not need to use a lawyer to file their claims with the state and that the fund administrator was assisting claimants with the filings.

As part of the fiscal year 2022-2023 budget, legislators included $10 million – $5 million in each fiscal year – to fund a pot of money to partially reimburse victims of Financial Resources Mortgage, Inc., and depositing the money into a fund created in 2016.

“I know (Governor Sununu) put it into his budget,” said Rep. Ken Weyler, R-Kingston, who at the time was the chair of the House Finance Committee, but when they had a meeting with him about the whole budget “he never mentioned it.”

Weyler also co-sponsored a stand-alone bill, HB-297, which would have put $10 million into the victims’ recovery fund but it was defeated.

Rep. Mary Jane Wallner, D-Concord, also a member of the House Finance Committee, said she recalled some money was in the governor’s budget but at a lessor amount. She said $10 million was added by Weyler in the Finance Committee HB-2, which is a second of two budget bills introduced and passed every two years.

Weyler said he felt there was some culpability on the part of the state in its oversight of FRM and that lack of oversight harmed the victims.

Wallner said she “didn’t think (the reimbursement) was something the state should be doing” and didn’t support the outlay.

When asked why they thought the legislature put money into the FRM recovery fund so long after the collapse, both Weyler and Wallner said it was because of “persistence” on the part of some of the victims. Both also agreed that the existing legislature was composed of enough like-minded lawmakers to get restitution approved.

State Rep. Harry Bean, R-Gilford, counted himself and his extended family as some of the biggest victims of the mortgage lending scheme. He said he is one of the people who filed for restitution but declined to say for how much.

In the wake of the collapse, he told several media outlets that his family lost nearly $4 million, about $1.8 million of which belong to him and his wife. He was also one of the more vocal critics of the role the state’s alleged lack of oversight played in his family’s loss and said he was a constant presence at the State House both before and after his 2018 election.

“I educated people down there,” Bean said.

Bean said the allocation of distributions takes into consideration the total amount loaned to borrowers via FRM minus any interest paid on the loans by FRM before the collapse, much of which was clawed-back by bankruptcy trustees; any revenues generated from the sale of the subject properties; any money recovered from previous lawsuits; and any other money, interest or other sources of revenue or settlements that could be determined to stem from FRM and its aftermath.

As to the secrecy surrounding the names of the people who applied for restitution, Wallner and Weyler said they were unaware the names were being withheld. Bean could not be reached for comment on that.

House Finance Committee Chair Karen Umberger, R-North Conway, said that after the funds have been distributed, which is slated for Dec. 31, a right-to-know request under RSA 91-A could be filed but “it’s up to the DOJ.”

FRM and its affiliate CL&M, an unlicensed loan-servicing company, rocked the state’s political and financial world in the wake of the collapse costing individual mortgage lenders, the victims, about $20 million dollars.

Files later revealed that some complaints had been made to both the Bureau of Securities and the Banking Department in the years before the collapse.

Then-state Banking Commissioner Peter Hildreth quietly lost his job and left the state. Then-Attorney General Kelly Ayotte, who was elected the U.S. Senate shortly after the implosion but whose lack of agency oversight was later cited by a state-sanctioned investigation, lost her next election.

Bureau of Securities head Mark Connolly, resigned in 2010 to protest what he charged was a cover-up by state officials. He authored a book about FRM titled “Cover-up” and ran for governor in 2016. He died in 2019.

Farah was sentenced to 15 years and was denied parole in 2020. He remains incarcerated with a scheduled release date of Nov. 26, 2022. The federal Bureau of Prisons lists his place of incarceration as RRM in Dallas, which BPO.gov lists as a residential reentry management program.

Reporter Nancy West contributed to this story. Attorney Andru Volinsky represents InDepthNH.org in the lawsuit against the attorney general seeking the full list of names of police officers on the Laurie List, also called the Exculpatory Evidence Schedule.