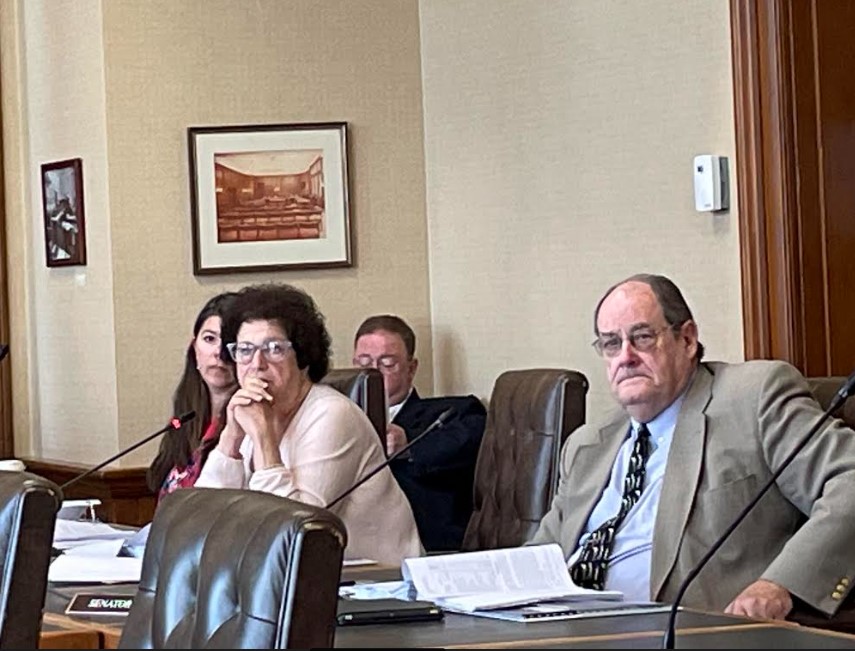 CONCORD – The state moved closer to the construction of a new behavioral health hospital in south-central New Hampshire when the legislative Fiscal Committee voted unanimously Friday to use $15 million in federal funds in a deal with SolutionHealth, a partnership of the Elliot and Southern New Hampshire hospitals.

As of Thursday, there were still 35 individuals waiting for emergency placement for their mental and behavioral health needs, and the “emergency room boarding crisis in the state is not over,” said state Sen. Cindy Rosenwald, D-Nashua, a member of the committee.
The matter will head for approval next from the Governor and Executive Council likely in October.
A similar proposal for the Epping area was withdrawn and currently there is no deal with the HCA organization, state officials said.

There is no specific location for this hospital.

The money would be used for both construction of the building and for a contract guaranteeing care over time. The 25 new beds would double the designated receiving facility beds at Elliot, and the 12 new adult voluntary beds would triple Elliot’s existing capacity.

The facility would also offer outpatient behavioral health services, a substance use disorder medication-assisted treatment center, and partial hospitalization for those services.
The committee also approved federal American Rescue Plan Act funds for mobile COVID-19 boosters, more homeless shelters for local communities this winter, and rolled over funds to help renters since the pandemic, among other actions.

About 250 nurses and councilors will get a 15 percent raise and veterans home employees will also see raises along with a signing bonus for winter plow truck drivers. It will be payable in November as a lump sum. About $18 million is involved. The money is coming from federal ARPA sources, as well as about $5 million from the highway fund.

Charlie Arlinghaus, commissioner of Administrative Services said such bonuses are often offered in times when there are more jobs available than workers.
“This is extraordinary, quite possibly unprecedented,” he said, “and probably won’t happen again.”
He said the reason is partly due to the tight employment market and the one-time opportunity to use federal ARPA funds.
Sen. Rebecca Perkins Kwoka, D-Portsmouth, said there could be a long-term state benefit even though these are one-time funds.

Several members of the council were not comfortable with the state picking a hospital without a proposal going to bid, nor entering into a public-private agreement that could compete against private organizations.
Health and Human Services officials said the state was unable to reach an agreement with (Portsmouth) HCA.
The plan would be twofold: offset capital costs and in return received a guarantee for services.
Rep. Edwards asked about whether there was competition and noted he was told HCA got the first contract because no one else was offered to bid.
“Now we hear Elliot open to this? Did the situation evolve or did we not do the homework up front?” he asked.
Health and Human Services officials said there were originally two interested parties.
Sen. Cindy Rosenwald, D-Nashua, asked if the department could clarify if there would be a net increase in 25 beds.
Nathan White, chief financial officer for DHHS said that based on the letter of intent, 25 beds would be doubling the existing capacity.
Rosenwald, while noting there were 35 adults in the state Thursday waiting for emergency beds, said, “I’m hopeful about this proposal, but we have some leverage with this funding and I am hoping the department will use it.”

White said the plan would likely be to grant in two major phases. One would be construction costs. The second would be when the hospital was ready to go live, a 10- to 20- year commitment would be entered with certain levels of service and reporting requirements to the state.

“We would also ensure there be clawback provisions if services were not provided,” and there could be an extended length of the contract.

State Sen. Gary Daniels, R-Milford, asked about justification for such a hospital and noted COVID-19 tends to be “an anomaly.”

“What are you doing to address what happened during Covid so that it doesn’t happen again?” he asked.
Assistant HHS Commissioner Morissa Henn said we don’t yet know how long the impacts of COVID-19 last but like other massive events which have disrupted life like Hurricane Katrina the impacts can last for decades.

The funding from the federal government is intended to alleviate impacts caused by the pandemic including behavioral and mental health impacts.
“We may have increase acuity for a long time to come,” Henn said.
She noted this project is part of the state’s 10-year mental health plan “to really assure we have services” also noting the new behavioral health hospital for children at Hampstead.
The next meeting of the Fiscal Committee is set for Oct. 14.