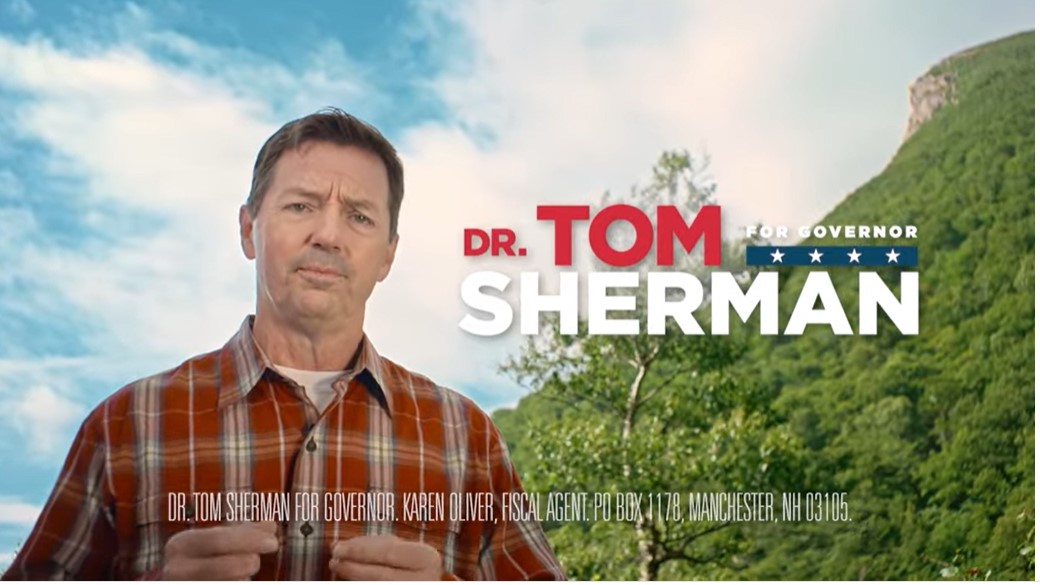 “Crumbled” shows that Granite Staters cannot trust Chris Sununu to protect their freedoms after he crumbled to political pressure and signed New Hampshire’s first modern abortion ban without any exceptions for rape, incest, or fatal fetal anomalies. “Lily” tells the story of Lisa Akey, who found her choices taken away from her by Chris Sununu after one of her twins was diagnosed with a fatal condition late in pregnancy. Akey testified from her hospital bed to roll back some of the worst provisions Sununu signed, but the ban still has no exceptions for rape or incest and only very narrow exceptions for life of the mother, not health. New Hampshire doctors helping women with difficult medical decisions late in pregnancy face felony penalties.

“Chris Sununu has repeatedly crumbled to pressure and special interests instead of fighting for Granite Staters,” said Dr. Tom Sherman. “After promising he wouldn’t support abortion restrictions, Sununu signed New Hampshire’s first modern abortion ban with no exceptions for rape, incest, or complex health issues like Lisa Akey faced. There’s no room for the government or Chris Sununu’s political ambitions to get between a woman and her doctor. Our freedoms are on the ballot in November, and Granite Staters are going to choose a new governor.”