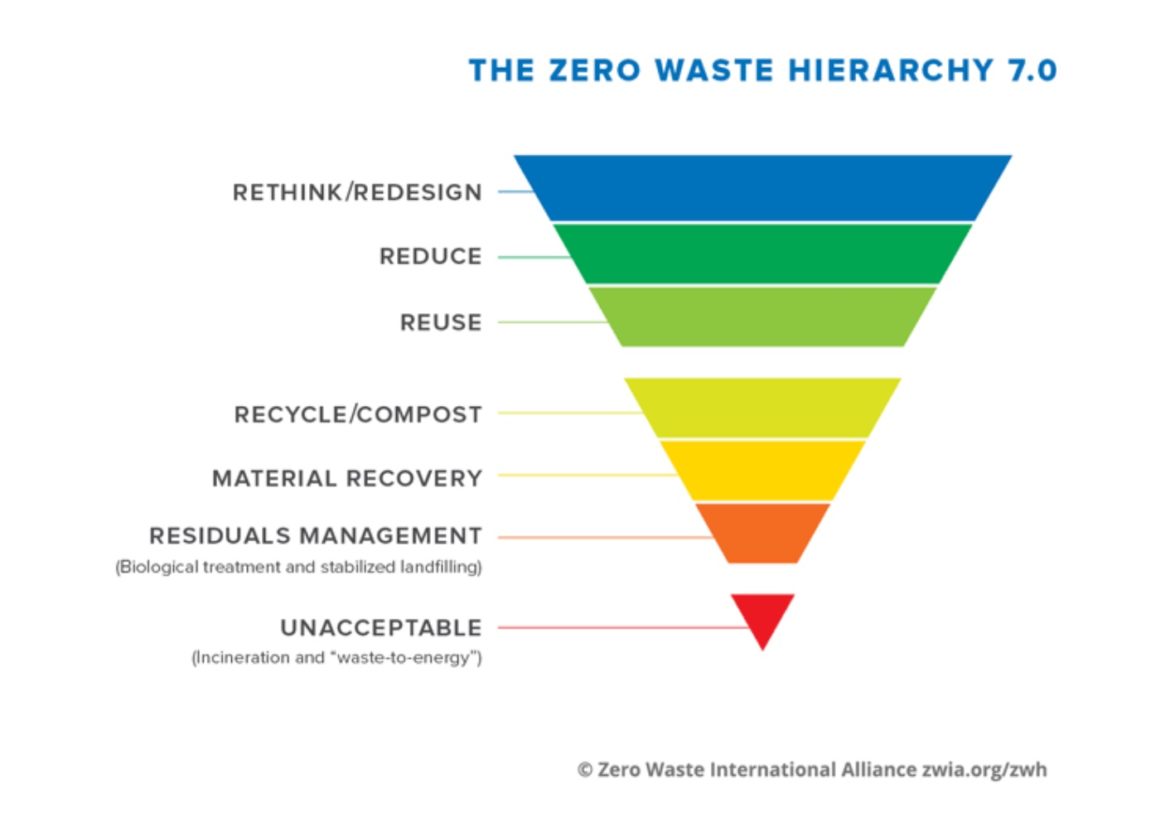 CONCORD — Working on Waste, a citizens’ initiative focusing on safe alternatives to incinerators and landfills, has added its voice to groups who say the New Hampshire Department of Environmental Services’ draft solid waste plan is not aggressive enough in embracing change.

“The 25% diversion goal per the DES draft is an embarrassment and reflects deference to a waste industry that favors disposal and waste imports,” Katie Lajoie commented on behalf of Working on Waste. “We seek to have the zero-waste hierarchy replace the ineffective and disposal-leaning hierarchy noted on page three of the draft.”

August 26 was the deadline for the submission of public comments, and Michael Nork, who is drafting the new plan on behalf of the Solid Waste Division, said the comments will soon be posted on the DES website.

State law requires a Solid Waste Management Plan that sets out goals, strategies, and actions to reduce the amount of solid waste going into landfills through source reduction and diversion of waste to ensure enough capacity to handle the state’s solid waste. The plan has not been updated since 2003.

The Conservation Law Foundation, which had filed a lawsuit challenging DES’s years-long failure to update the plan, also criticized the draft, saying, “any progress is a step in the right direction,” but that the DES “blatantly ignored the law requiring an updated waste plan.” The draft plan, it said, “is inadequate and uninspiring. Instead of demonstrating leadership and providing the guidance New Hampshire needs, DES has provided just a laundry list of recommendations, without any real steps to actually achieve them.”

CLF added, “Without leadership from DES, New Hampshire will continue to be a dumping ground for garbage from Massachusetts and other states.”

The criticism echoes comments by the legislatively appointed Solid Waste Working Group that is assisting the DES in updating its solid waste plan. At its last meeting, members said the plan did not express forcefully enough the need to reduce the amount of solid waste going to landfills.

Marc Morgan, Lebanon’s solid waste manager and a member of the working group, said, “I’m trying to actually do something here that’s making a difference in our diversion of solid waste, and all the stuff that we’re talking about are just a bunch of words. …[T]here’s an urgency here that we’re not talking about enough, that is specific to climate change. … It needs to be moving a lot more aggressively than kicking this can down the road to 2030 or 2050.”

Working On Waste also criticized the department’s response to the cumulative effects of toxins. The department wrote, “With respect to evaluating the cumulative toxic effects of the emissions of multiple pollutants and the long-term accumulation of persistent toxic pollutants, the Act does not provide [the] Department a regulatory basis upon which to establish limits based on these parameters.”

WOW commented, “The failure to address cumulative and synergistic impacts signals a need for new and aggressive action to protect the public from lead, mercury, cadmium, dioxin, PFAS, and other forever chemicals. New Hampshire’s present regulatory framework does not adequately address the salient features of persistent toxic substances commonly released from disposal sites. Persistent toxic substances bioaccumulate and are a public health risk over generations.”

The group wants to see both legislative and regulatory action to address the problems that solid waste poses.

Nork said in a telephone conversation that the DES is in the middle of reviewing the 80 or so comments that it has received during the public comment period.

“We want to work very diligently to make sure that we are reviewing and reading everyone’s comments and considering them,” Nork said. “We’re going to be working over the next couple of weeks to make sure that we’re finalizing the plan in accordance with the deadline of October 1, and we’ll be looking at how we can incorporate comments as appropriate.”

Calling the plan a “work in progress,” Nork said, “We’re trying our best to work within the deadline we have. Right now, it’s not appropriate for me to comment on what we’re thinking or the terms of the process. We really need to work internally to be able to get through this and work as efficiently as possible.”

The Solid Waste Working Group canceled its August and September meetings to give the state time to complete the plan, so will not have time to comment prior to the release of the final report.

State Sen. James Gray, R-Rochester, also serves on the working group, and he expressed disappointment at not having a chance to weigh in on the final version. He said it made no sense to him, given that the group was charged with helping to prepare the plan.