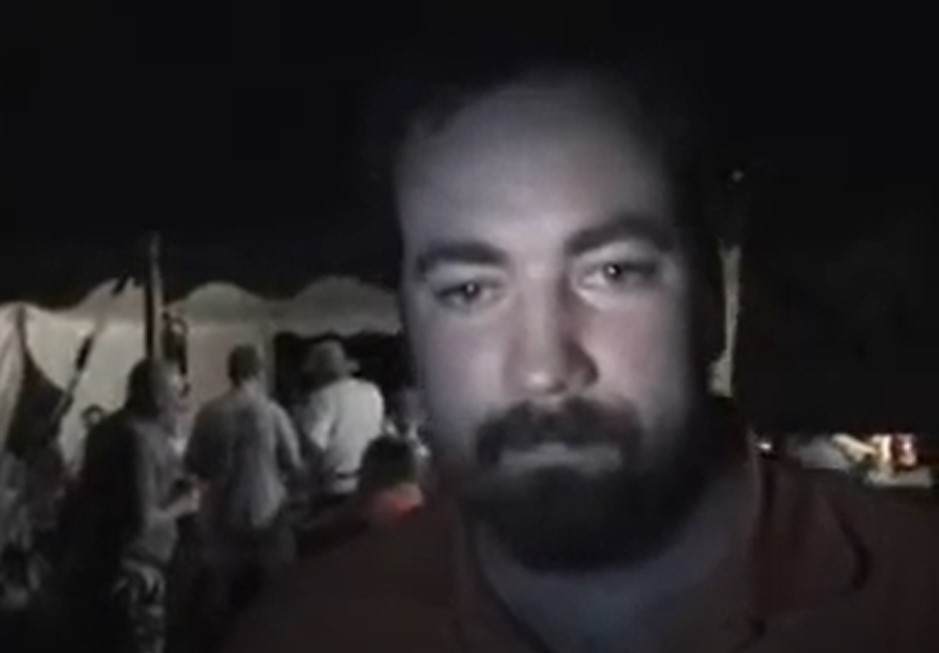 Screenshot of House Majority Leader Jason Osborne from a 2008 YouTube video of PorcFest in Gilford, a Free State Movement event.

Osborne, a Republican from Auburn, didn’t immediately return a phone message seeking comment, but told WMUR Thursday that he was sorry for the remarks on a website forum at “Free Talk Live,” a Free Stater radio show based in Keene.

“I do not recall writing this nearly decade-old post, which regrettably contains language I would not use today. I was a different person 10 years ago who would not have understood the impact of that type of comment,” Osborne told WMUR, explaining the goal of the post was to condemn racism and pedophilia.

According to a copy obtained by InDepthNH.org, Osborne’s post said: “If someone says to you that they support lynching (racial slur), and in fact they really are stimulated by the thought of lynching a (racial slur), would you associate with that person? Would you tell people about it? If you say that having an idea that lynching (racial slur) is good is not the same as having an idea that (expletive) kids is good, then that is the source of the disconnect there.” It was dated April 14, 2011.

Wilhelm said Sununu should have also called for Osborne’s resignation but didn’t.

“I’m pretty blown away.  I don’t care if it was written 10 years ago or yesterday. We’re talking about the House Republican Majority Leader. What’s important is this is the number two Republican at the State House,” Wilhelm said. “What should be noted is the governor didn’t call for Osborne’s resignation.”

A YouTube video of the June 10, 2008, Free State Project event PorcFest shows Osborne interviewed about why he sponsored all the free drinks at the “Fun Tent.”

The event at Gunstock Resort in Gilford was for Free Staters who were planning to move to New Hampshire as part of the movement or had already done so.

Osborne reportedly moved to New Hampshire from Ohio in October of 2010.

“I like to party so I mean what else am I going to do,” said Osborne in the video. He said he originally wanted to bring in a barbecue trailer to the event but said there were restrictions, so he decided to host an alcohol-serving tent instead.

Washington Monthly reported last November that Osborne had signed the Free State Project pledge when he was younger, but in an interview said he hadn’t attended any of their events like PorcFest since 2013 but was still part of the state legislature’s “liberty” faction.

There were a number of other posts on the forum website by Osborne.

One on July 2, 2009, talks about Osborne having to give a speech about how to celebrate independence. He posted: “Examples – Smoke marijuana, At least hold some marijuana, Drink a beer in public, Give a beer to a 20-year-old, Speed past a cop, don’t pay the ticket, Get a new dog, don’t register it, Drink raw milk, Pay someone for sex, Get paid for sex, Buy stuff online, don’t declare it on tax form, Hire an undeclared immigrant.”

Another May 13, 2010 post, said: “I berated this chick at the grocery yesterday for not busting out her (expletive) when her baby was screaming. Sorry lady, but traumatized babies are far more important than the prudey sensibilities of brain-damaged adults.”

On Aug. 30, Kathleen Cavalaro of Rochester who is a Democrat running for state Representative, posted a screen shot of Osborne’s racist slurs on Twitter.

“Posting this until it gets retweeted hundreds of times. This is @NHGOP’s majority leader Jason Osborne, in a message board called Free Talk Live,” Cavalaro tweeted.

According to its website, the Free State Project is a 501(c)(3) educational non-profit organization, educating the public about the benefits of limited government and how they can best be achieved in New Hampshire.

It goes on to say it is a mass migration of more than 20,000 people who have pledged to move to New Hampshire for liberty. So far just over 6,000 have moved to New Hampshire since the movement started in 2001. It was founded by Jason Sorens, who is now the director of the Center for Ethics in Society at Saint Anselm College in Manchester.