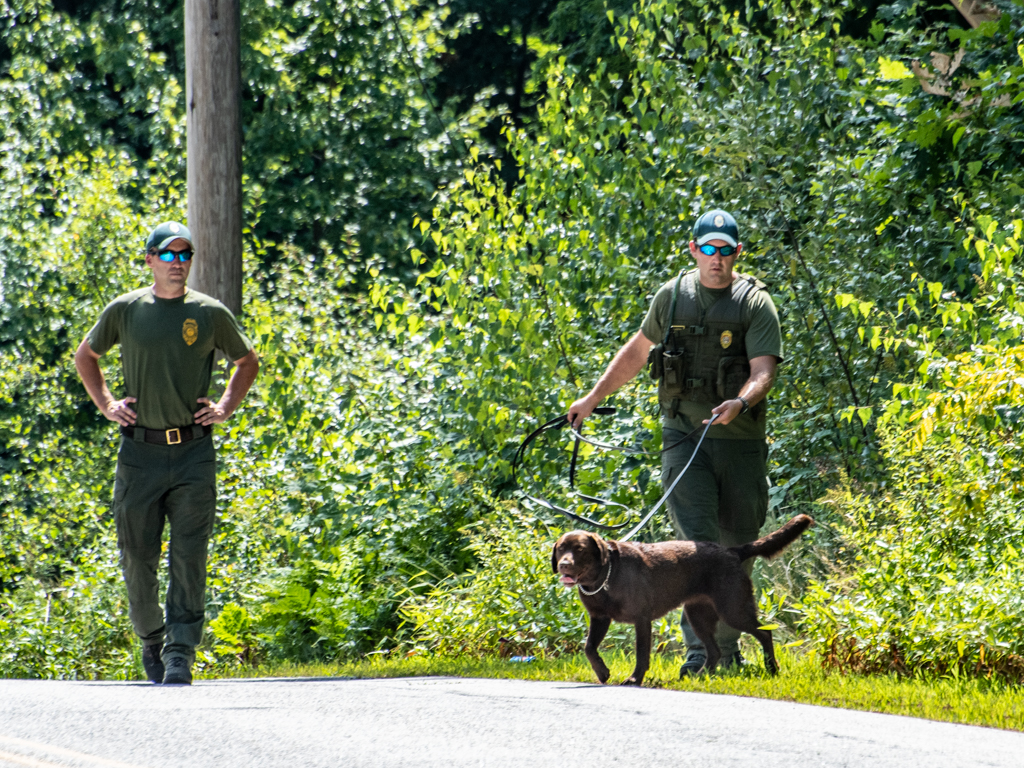 Fish and Game search in the area of Shaker Road in Northfield.

Editor’s note: The GoFundMe page to raise money for Sean Sweeney’s living expenses and to help his and Kassandra Sweeney’s parents raise money for funeral expenses for the murdered mother and two young sons reached $32,769 by 12:30 p.m. Saturday.

Attorney General John M. Formella, State Police Colonel Nathan Noyes, and Northfield Police Chief John Raffaelly announce that on Saturday, August 6, 2022, the New Hampshire State Police in conjunction with other law enforcement agencies will be in Northfield and Tilton in the areas of Wethersfield Road, Shaker Road, Tilton Road, and Laconia Road, as well as the ramp areas entering Route 93 for the continued investigation into the homicides of Kassandra Sweeney, age 25, and her two sons Benjamin Sweeney, age 4, and Mason Sweeney, age 1.

The search activity announced Saturday poses no danger to the public and will consist of a search for physical evidence.  The search activity is not the result of new information in the case but is part of the ongoing investigative process.  As previously announced, at this point in the investigation, investigators have identified all involved parties and there is no threat to the general public.

Due to the ongoing investigation, no additional information will be released at this time. Officials ask that the public respect the privacy of residents in the area and stay off of properties in the search area and allow investigators to complete their work.