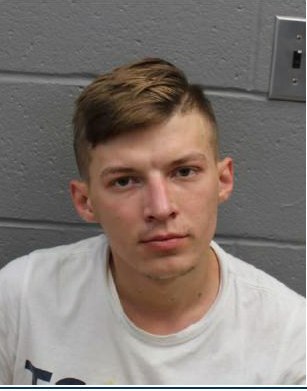 LANCASTER – Days after the fatal crash that killed seven members of the Jarheads Motorcycle Club, State Police detectives interviewed Volodymyr Zhukovskyy for more than two hours, getting him to admit while he was visibly in drug withdrawal that he was responsible for the crash.

Jurors in Coos County Superior Court viewed a video Tuesday of the interview of Zhukovskyy by State Police Trooper Shawn Torsey and Trooper Michael McLaughlin in which Zhukovskyy appears sleepy, needs a blanket, and says he wants to lie down.

Over the more than two-and-a-half-hour video, the troopers discussed Zhukovskyy’s drug use, getting him to say that was the cause of the deadly crash June 21, 2019 in Randolph.

“I think you know you shouldn’t have been driving,” Torsey said.

“If you look deep down inside, you’re gonna say, I f—ed up,” Torsey said.

“I f—ed up,” Zhukovskyy replied.

During the interview, Zhukovskyy denied that he was suffering any ill-effects from the drugs he had taken the morning of the crash. He said he was not feeling any drug crash or coming down from the drugs and did not feel the need for another fix.

Instead, he told the detectives he snacked on Twix bars and drank less than half a can of Red Bull energy drink as he was driving on Route 2 in Randolph that evening. He denied he took any drugs after he snorted fentanyl, heroin and cocaine before starting work at 8 a.m. in Springfield, Mass.

Zhukovskyy worked for a transportation company, and on the day of the crash drove to Albany, New York, where he picked up a car, and then he drove to a dealership in Gorham where he delivered it. He began his drive back to Massachusetts around 6 p.m.

Zhukovskyy told police that he looked away from the road for a moment, reaching for his drink when the crash occurred. His 60-foot truck and trailer plowed into the line of motorcycle riders, killing seven motorcyclists, with one left trapped under the axle of the truck. He expressed remorse for the deaths.

“When I found out seven people died, I’m like, I’m going to have to live with this,” Zhukovskyy said.

While he expressed remorse, Zhukovskyy, also made it clear the crash was an accident.

“I’m really sorry for what happened,” he said. “It’s not like I took a gun and shot him, you know what I mean?”

Zhukovskyy also told the detectives he thought that legally, motorcycle riders who did not wear helmets and then got into accidents took on the liability for the crash. The detectives told him that is not the case.

Throughout the interview, Zhukovskyy insisted that he was not coming down from the drugs when the crash happened. The detectives tried to hammer away at this, pointing out he admitted to using drugs at least twice a day. When Zhukovskyy asked them about the results of his blood tests, which could show the level of drugs in his system shortly after the crash, McLaughlin said he could not understand the results.

“We know it’s there; we know it’s still working in your system when the crash occurs,” Torsey said.

Zhukovskyy’s defense maintains that while he did take drugs on the morning of the accident, he was not under the influence. At least one of the dead riders, lead rider Al “Woody” Mazza, 59, was intoxicated at the time of the crash.

Zhukovskyy’s legal team claims it was Mazza’s crossing the centerline on the road that caused the accident.

During the interview, while he denied being under the influence of drugs, Zhukovskyy acknowledged that he was responsible for the deaths.