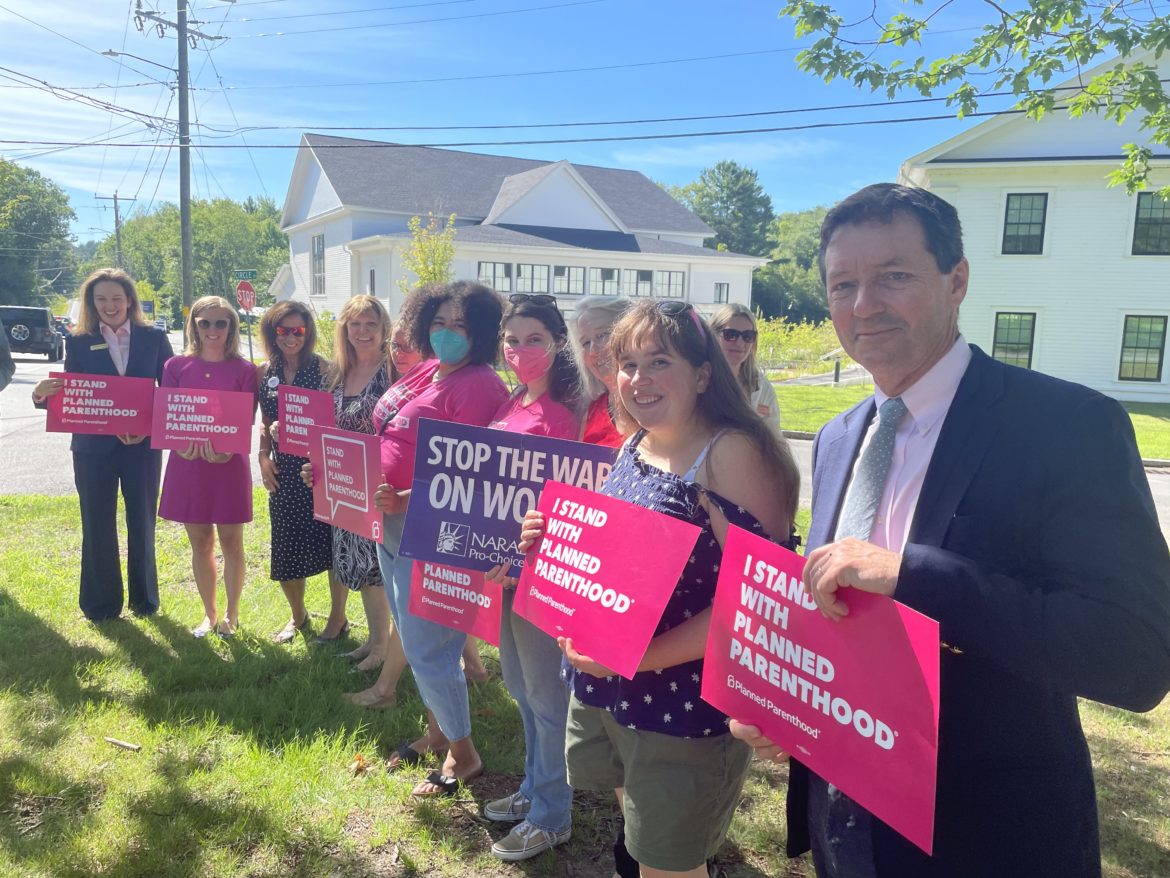 HENNIKER – For the fourth time, the current Republican-controlled Executive Council has rejected a series of contracts for health care at reproductive clinics throughout the state, impacting thousands of low-income women.

After the vote, the three released the following statement:
“We have been living in a post-Roe country for only one month, and already the nation’s sexual and reproductive health-care landscape is in chaos. There is a clear increased demand for birth control, making the Executive Council’s continued refusal to invest in critical family planning funding for New Hampshire’s most trusted reproductive health providers particularly cruel and irresponsible.”

Gov. Chris Sununu said in an email: “I put these contracts forward, just as I have done every year as governor, because I support them. They provide vital services for women including cancer screenings and other preventative health care services.”

He said at a press conference after the meeting that he would welcome new councilors to the table who support the clinic contracts, but stopped short of endorsing any candidate.

“For the fourth time in a year, Republicans have cruelly rejected federal money for low-income health care in the Granite State. The funds rejected today would have supported procedures to diagnose cancer, treat sexually transmitted infections, provide basic infertility services, prescribe contraceptives, and help plan for pregnancy,” Wallner said. “Ever since the U.S. Supreme Court overturned Roe v Wade in June, New Hampshire Republicans have been bending over backward telling people that they will not restrict reproductive healthcare here.  Today’s vote proves their dishonesty – the GOP cannot be trusted to keep their word.”

At the meeting, Health and Human Services Commissioner Lori Shibinette said the decision disproportionately impacts low-income women. She said it comes at a time when there is more demand for contraception services.

Shibinette said the contracts can come forward if there is an indication to the governor of a change in a vote and that could be the case when a new council is installed in January 2023.

New Hampshire has the lowest unintended pregnancies and teen pregnancy rates in the country and some of the best maternal health outcomes.

The Executive Council meeting was held at New England College in Henniker and outside the meeting, protesters held signs.

Dr. Tom Sherman, the Democratic candidate for governor, stood with the protesters.

“This is about primary care and cancer prevention. This is not about abortion,” Sherman said.

In a news release after the vote, Sherman’s campaign said funding for health services was delayed in 2021 because of a provision Sununu signed along with the abortion ban after 24 weeks, and then Republican councilors said they voted down the funding because they were given insufficient information by Sununu’s administration.

“Back when he served on the Executive Council in 2015, Chris Sununu bragged that he cast the ‘deciding vote’ to defund Planned Parenthood. Because of Sununu’s vote, Planned Parenthood had to cut STI testing services and patients endured weeks-long waits.

“It’s absolutely shameful that the Executive Council is denying women access to essential healthcare to score political points,” said Sherman. “I’ve had countless patients who are alive today because we were able to detect their cancer early and provide appropriate care. We are endangering the lives and economic wellbeing of women across this state when we refuse to fund essential services like birth control and cancer screenings. Sununu is the leader of the state GOP, and yet he’s repeatedly failed to stand up to his party members as they push abortion restrictions and defund basic health services.”

Councilors allowed for contracts to go forward for clinics that do not provide abortions but can refer women out. Those contracts approved include ones for Coos County Family Health Services of Berlin, Amoskeag Health of Manchester, Lamprey Health Center of Newmarket, and the Community Action Programs of Merrimack and Belknap counties.

Voting to support the contracts was Executive Councilor Cinde Warmington of Concord, the lone Democrat on the Council.

Voting against the contracts for the three clinics were Republican Executive Councilors Joe Kenney of Wakefield, Janet Stevens of Rye, Ted Gatsas of Manchester, and David Wheeler of Milford.
Wheeler opposed all the contracts, including the ones that do not provide abortion services.

Sherman said this rejection is “the tip of the iceberg,” which impacts over 50 percent of the population, all New Hampshire women.

He predicted that this will be a key issue in the election this fall because it is not just about abortion rights.

Katherine Harake, who is running for District 3 Executive Council seat against Republican Janet Stevens, said Stevens is not providing her constituents with the fair representation that they deserve.

Warmington noted that much has changed since the overturning of Roe V. Wade by the U.S. Supreme Court this spring.

“We know that women’s services as a whole are under assault,” Warmington said, noting there is significant discussion in Washington about limiting access to contraception.

Warmington said she read about exploding cases in STDs across the nation since the Roe decision and asked the Commissioner to talk about the importance of these funds.

Shibinette stressed that no abortion services were being paid for with these funds.

She said these monies are targeted specifically at low-income women who need access to reproductive contraception, cancer screening, and prevention.

Gatsas asked about access to over-the-counter medicine without parental permission.
The so-called “morning after pill” can be provided over the counter at pharmacies to minors, he was told.

Gatsas of Manchester asked if the state has vaccinations for Monkey Pox?
Yes, DHHS’s Trish Tilley said, noting the state is currently reporting about six cases.

Massachusetts has a much larger caseload.
She said the state anticipates an additional supply “but we have enough for those most at need right now.”

Warmington noted that a no vote on the reproductive contracts impacts help for monkeypox.

Wings of the Dawn’s Maria Colby, who rehabilitates and restores wildlife, was honored by the governor and council with a commendation. The center, which has served thousands of creatures, is run on a volunteer basis.
Also honored was Joe Clement, a trustee of NEC who has been involved in the college for more than 30 years.