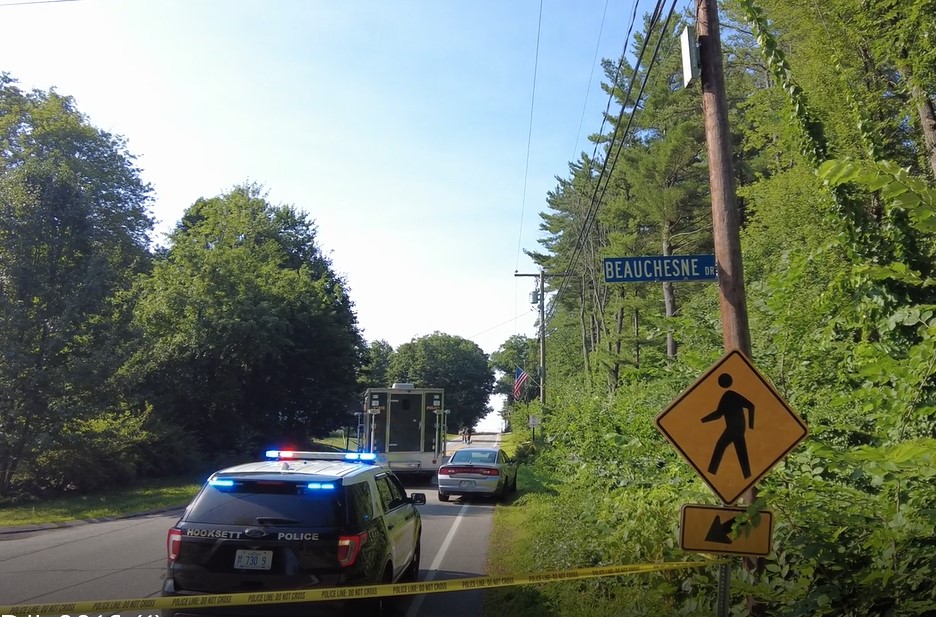 Law enforcement are pictured in Hooksett where a suspicious death has occurred.

At this point in our investigation, all parties involved have been identified and that there is no threat to the general public.

At this point it is because next of kin has not yet been notified, according to Formella spokesman Mike Garrity.

Due to the ongoing investigation members of the public wishing to access Donati Park today will have to access the park from the north, as the Hooksett Road intersection with Main Street will be impacted by the investigation.