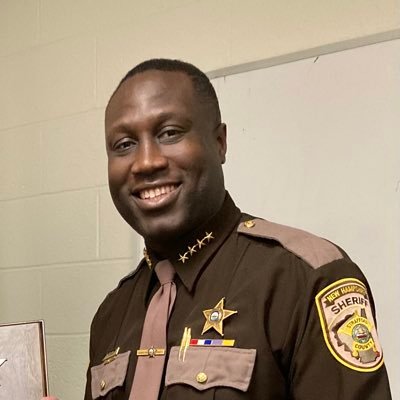 CONCORD – A weapons bill signed into law three weeks ago by Gov. Chris Sununu could have human consequences when seconds count in schools and financial consequences to taxpayers, members of the law enforcement community and Democratic lawmakers said Thursday.

It remains an ambiguous law and if not clarified, will impact law enforcement’s ability to serve the public, said Strafford County High Sheriff Mark Brave.

Attorney General John Formella sent a notice to all law enforcement about the law Thursday, concerned about law enforcements’ comments. (see notice at end of story)

“As we work to finalize guidance, the New Hampshire Department of Justice continues to actively engage with law enforcement to answer all public safety questions or concerns that they bring to us relating to HB 1178. We repeat our invitation to any New Hampshire law enforcement or public safety officials with questions to contact our office,” said Michael Garrity, Formella’s spokesman. “The New Hampshire Department of Justice is disappointed that some in law enforcement would choose to join an open letter that incorrectly suggests that HB 1178 prevents state and local law enforcement from responding to threats at schools. The publication of this type of misinformation is extremely irresponsible and undermines public safety. We are providing interim guidance to schools to correct this misinformation.”

Brave said his agency, like others, currently partners with federal agencies and this law could have implications on how and if they interact and financial resources that currently serve the public.
Additionally, he said, it could impact partnerships with local school administrative units to provide safety to schools in the event of an active shooter.

The law prohibits the state from enforcing any federal statute, regulation, or Presidential Executive Order that restricts or regulates the right of the people to keep and bear arms. It was signed two weeks before a presidential executive order, the bipartisan Safer Communities Act.

Sununu said at the time of the signing: “New Hampshire has a proud tradition of responsible firearms stewardship, and I’ve long said that I’m not looking to make any changes to our laws. This bill will ensure that New Hampshire’s law enforcement efforts will be on our own State firearms laws – and that’s where I believe their focus should be.”

Asked Tuesday by InDepthNH.org about concerns, Sununu said he knows that Attorney General John Formella and his office are looking at what programs in New Hampshire may or may not qualify for federal funding under the new law but noted the state is still looking for federal guidance or rules around what the parameters of the program will be in place for the Safer Communities Act.

Brave said he and other law enforcement in the state have deputies assigned to federal partners including the US Marshals Service, homeland security, agencies related to human trafficking, internet crimes against children, Secret Service with regards to cybersecurity, FBI Safe Streets, and the Drug Enforcement Administration.

“This bill as written can affect my office’s ability to partner with local SAUs and receive federal funds to ensure we continue to keep our schools safe and staffed with deputies assigned as school resource officers,” Brave said. “This bill as written would basically eliminate the Safe and Drug-Free Schools and Communities Act. I believe that no school administrator or educator should have to decide between violating state or federal law.”

He said currently his county receives about $7 million in revenue yearly from federal partnerships and that is not including grants that other departments receive which could be affected by the language if not corrected in House Bill 1178.

No timeline has been established for Formella to respond to the governor’s questions.

Cote said the new law could have “grave consequences” when seconds count in a school shooting and that law enforcement needs clear guidance on what the new law means.

He said Sununu could have waited to sign the bill until some of these questions were answered and that the bill was poorly crafted by Republicans who voted in the majority to support it.

The following is being sent on behalf of Attorney General John Formella to County Attorneys, County Sheriffs, Police Chiefs, and NH State Police:

The Attorney General’s Office, the Department of Education, and the Department of Safety, Division of Homeland Security and Emergency Management are providing the following interim guidance regarding the passage of HB 1178 and the procedure for responses to any threats at schools:

The principle of “see something, say something” remains a critical component of protecting public safety in our communities, especially in our New Hampshire schools. Local and state law enforcement officers are empowered to respond to, investigate, and take action with respect to any potential threat to schools pursuant to their authority under the New Hampshire Criminal Code.  The passage of HB 1178 does not alter this.  If any individual feels threatened or believes that a crime has occurred or is about to occur on school property, with or without a firearm, that person should immediately contact law enforcement by dialing 911, immediately notifying a law enforcement officer, and/or activating their local emergency operations plan.

As previously announced, the Attorney General anticipates issuing further guidance with respect to the passage of HB 1178.  However, questions have arisen due to the publication of irresponsible and inflammatory statements specifically with respect to firearms on school property resulting in the above interim guidance.  If school officials are unclear whether or not there is a public safety or criminal code violation, they should immediately seek assistance from law enforcement.  The passage of HB 1178 does not alter the current state of the law in this respect.  As our Office has previously advised, state and local officials generally do not possess the authority to enforce federal firearms laws, including the Gun Free Schools Act, and that has not changed with the passage of HB 1178. Members of the public or school employees have always had the ability to contact state or local law enforcement if they perceive a threat (regardless of whether that threat involves a firearm), and state and local law enforcement have always had the authority to respond to such calls. This authority has not changed with the passage of HB 1178.

Until such time that a complete Memorandum is issued, the Chief or designee of any law enforcement agency may contact Senior Assistant Attorney General Matthew Broadhead at 603-271-1392 or Matthew.T.Broadhead@doj.nh.gov with any questions with respect to this newly enacted law.