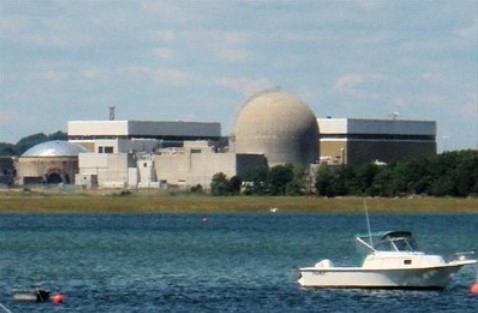 SEABROOK, New Hampshire – New Hampshire Department of Safety Commissioner Robert L. Quinn, along with leadership from the Division of Homeland Security and Emergency Management, are continuing to work with NextEra Energy Seabrook Station and local emergency officials following the plant’s inadvertent activation of the emergency notification system along the coastline yesterday.

Upon initial review, nine of the 121 sirens were mistakenly activated by Seabrook Station during regular testing, which is required by federal regulations to ensure equipment works properly in the event of an emergency and in accordance with plans and procedures.

NextEra is conducting a review of the incident.

The Division of Homeland Security and Emergency Management will also continue to work in partnership with the plant to review and ensure any recommended improvements are implemented.

“As soon as we became aware of the siren activation, we took immediate action to confirm and then notify our partners and the public that there was no threat or emergency at the plant,” said Division of Homeland Security and Emergency Management Director Jennifer Harper. “The Department utilized all available messaging mediums to spread the word as quickly as possible, to include NH Alerts, Wireless Emergency Alert (WEA) system, social media and a press release.”

The Wireless Emergency Alert (WEA) System was activated for the specific area along the coastline where individuals initially heard the alarm. Public notification was also sent out via the NH Alerts system. NH Alerts is a free public safety program provided by the Department of Safety, Division of Homeland Security and Emergency Management. Members of the public are encouraged to sign up for Seabrook Station specific notifications or other alerts via readynh.gov.

“I have been in constant communication with the plant, who have indicated that this was a mistake and a comprehensive review will take place,” said Department of Safety Commissioner Robert L. Quinn. “As a 30 year Seabrook resident, I have full confidence in the plans and systems in place that were collaboratively developed between the state, the Seabrook Station Nuclear Power Plant and the seacoast communities in the event of an actual emergency.”

As more information becomes available, the Department will provide an update on the incident.