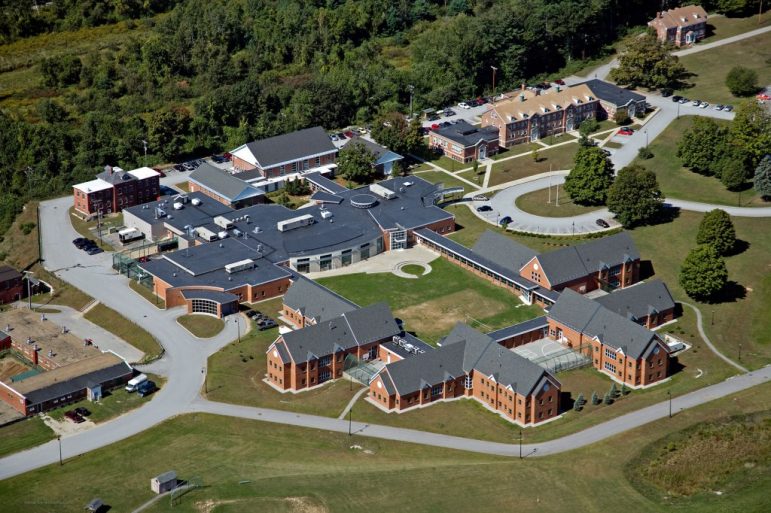 CONCORD – Merrimack Superior Court Judge Andrew Schulman has cleared the way for hundreds of Sununu Youth Services Center abuse survivors to sue the state over the horrific abuse and decades of coverup by state leaders.

Schulman lifted the stay put in place while the state and the attorneys for the survivors negotiated a now failed settlement. The Sununu Youth Services Center was formerly called the Youth Development Center or YDC in Manchester.

The eventual $100 million settlement offer approved by the state legislature this year is deemed inadequate by the survivors, and now New Hampshire may have to defend against more than 700 claims of abuse.

David Vicinanzo, one of the attorneys for the survivors, said there are currently 450 survivors’ part of the now consolidated lawsuit, and hundreds more are expected to join in the coming weeks. Schulman’s order, issued Thursday, means the case now moves to the discovery phase.

“Judge Schulman did what we had requested – consolidate all YDC and state youth facility cases and include all ancillary state contractor cases. And he’s directing the state to commence discovery immediately, and motions to start in 60 days. We will have monthly status conferences and after a few months of discovery and other education, we will work with the court to develop a consolidation plan for joint trials,” Vicinanzo said.

The new consolidated master complaint states that the notorious abuse prevalent at the Youth Development Center has been known for decades, and covered up by those in power. The alleged abuse includes horrific sexual abuse, physical violence, torture, excessive use of force, excessive use of solitary confinement and physical restraints, mental abuse, and even children being forced into coprophagia by staff.

In the 1980s, after Attorney General Thomas Rath called out the abuse ongoing at the center, a federal probe into the scandal was imminent. At the time, several child advocacy groups were also threatening to sue the state over the abuse, according to the lawsuit, but state leaders seemed unconcerned.

“Illustrating the state government’s cavalier attitude toward the treatment of the juveniles entrusted to its care, then-Governor John Sununu accused those groups of ‘grandstanding,’” the lawsuit states.

The master complaint singles out former New Hampshire Supreme Court Justice Charles Douglas for his rulings that allowed for the further abuse at the center:

“In (the Supreme Court case) John M., for instance, Justice Douglas, writing for the majority, approved placing abused and neglected children together with those adjudicated of criminal activity, despite compelling expert opinion disfavoring such practices as detrimental to the best interests of children. The decision, which followed a result-driven path based on monetary concerns, was premised on the desire to house the state’s inconvenient ‘problem children’ as cheaply as possible,” the lawsuit states.

In another case, Douglas ruled that a 13-year-old girl who had been raped could be jailed at the YDC for failing to name her rapist.

“In that case, a 13-year-old girl was impregnated. When the girl declined to identify the father, the lower court held her in contempt and locked her up at YDC. Justice Douglas, again writing the opinion for the Court, concluded that there was no reason to treat a pregnant 13-year-old victim of rape differently from an adult for contempt purposes, and accordingly approved her indefinite detention,” the lawsuit states.

Leaders with the Division for Children, Youth and Families knew about the abuse, but did little to stop it, according to the lawsuit. In one case, a known abuser stayed in his job at the center, despite a criminal conviction.

“Wesley Oates was accused of engaging in sexual misconduct with an adult female victim. The allegation was deemed credible by police, resulted in a temporary order of protection issued against Mr. Oates, and was later reported to the YDC administration in 1999. Despite a misdemeanor conviction arising from the criminal conduct, which was reported to a supervisor at YDC in 2000, YDC continued to employ Oates for another 20 years, during which he committed multiple acts of physical, sexual, and emotional violence against numerous child victims at the YDC and the YDSU,” the lawsuit states.

DCYF was finally forced to conduct an internal investigation into the center in the 2000s, but the agency refused to release the full report to the public despite findings of abuse, according to the lawsuit.

“DCYF, however, downplayed the results of its investigation, did not publish its investigation report publicly, and refused to discuss details of its findings. Nevertheless, its director, Nancy Rollins, reported that the investigation at a minimum confirmed that five residents of the State Youth Facility had been abused by staff, ‘principally due to the excessive use of force during physical restraint,’” the lawsuit states.