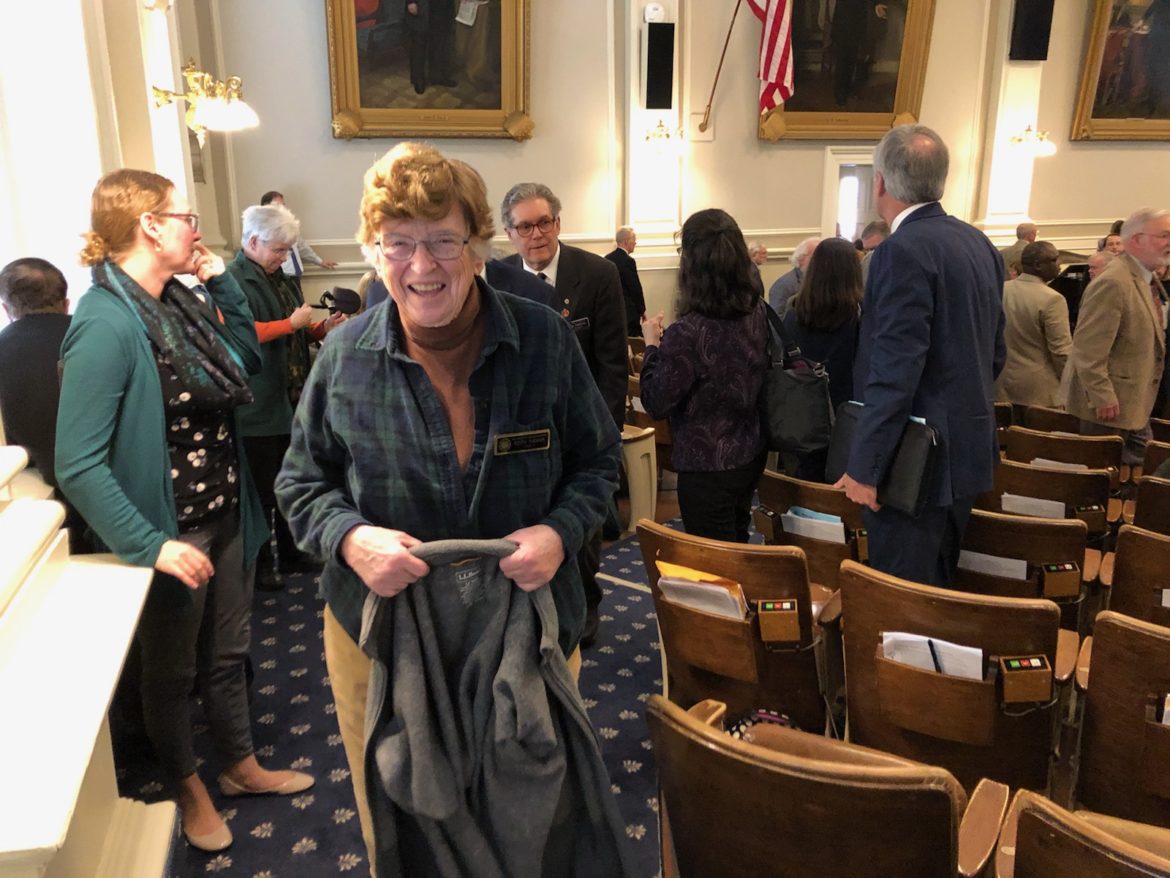 RANDOLPH — Rep. Edith Tucker, D-Randolph, the prime sponsor of House Bill 1454, said in response to Gov. Chris Sununu’s veto of the legislation aimed at making sure future solid waste landfills do not pollute New Hampshire waters, that she expects a veto override attempt.

“I believe there will be a strong attempt to override the governor’s veto, especially in an election year,” Tucker said. “Voters are particularly well-informed about the importance of maintaining clean water in rivers, lakes, and coastal areas, as well as near landfill sites. HB 1454 is truly both a statewide and bipartisan issue.”

HB 1454 would replace the current 200-foot setback requirement for new solid waste landfills with a science-based approach that takes into account the rate at which groundwater can flow to a nearby river or tributary.

Based on hydrogeological studies of the soil and bedrock below, a new landfill would have to be sited where polluted water would not reach a major water body for five years, giving the operator and the state time to remediate the problem before it contaminates rivers and lakes.

In his veto message, Sununu said, “I agree with the experts at the Department of Environmental Services (DES) that this bill would have been better suited as a study. It is extremely likely this bill would curtail landfill development in the state and lead to New Hampshire’s waste to be transported out of state, creating higher costs and property taxes for our citizens.”

Jon Swan of the environmental group Save Forest Lake took issue with that statement, saying, “this is not the position that NHDES Director of Waste Management Bureau Mike Wimsatt took in testimony before both the House and Senate committees, nor was that communicated to bill sponsor Rep. Edith Tucker and Dr. Adam Finkel, both of whom met with Director Wimsatt.”

Swan, in a letter to John Duclos, the public information officer and permit administrator at the DES, said, “I would like to know if any NHDES officials met or communicated with Governor Sununu and if so, why did they help sink a bill that Director Wimsatt stated in testimony that NHDES had no position?”

Sununu said New Hampshire’s landfill regulations are already rigorous and robust, and “while the intent of this bill is good, it is ultimately a solution in search of a problem.”

Saying he is open to further changes to the landfill requirements, Sununu said “these changes must be based on data.”

In fact, HB 1454 would require a hydrological study to determine a time-of-travel distance for any potential spill to give the state and landfill operators a chance to recognize the problem and begin remediation. The current 200-foot setback requirement makes no distinction between poor soils and those capable of slowing the spread of pollution.

“We are, once again, very, very frustrated with the actions of NHDES to undermine our efforts, and with the adversarial position taken by your department towards us,” Swan wrote in his letter. “Unless, of course, Governor Sununu is simply not stating the facts correctly, and is throwing your department under the bus as cover for aligning with the interests of the private waste industry.”

The bill also was supported by former Republican state Sen. Erin Hennessey, who since then has been appointed deputy Secretary of State.

Tucker is seeking Hennessey’s District 1 Senate seat. She will be facing Carrie Gendreau, currently vice-chair of the Littleton Board of Selectmen. Attempts to reach Gendreau for comment on Monday afternoon were unsuccessful.

Tucker said veto overrides typically occur in September. The House and Senate are mostly in recess during the summer months, although some committee work continues.