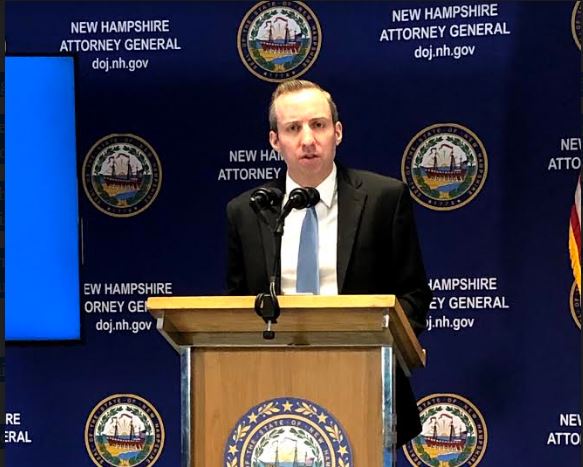 Attorneys representing about 600 victims of child physical and sexual abuse at YDC and other juvenile facilities say the latest settlement proposal from Attorney General John Formella “furthers the state’s designs to minimize liability by setting a trap for financially insecure victims.”

“Rather than forcing victims to choose either accepting a low-ball settlement or pursuing justice through litigation, the process should focus on providing the victims with a true measure of justice outside of litigation that provides just compensation for the grievous harms suffered at the hands of state actors,” Attorneys Rus Rilee and David Vicinanzo, who represent the victims, wrote to Formella.

The Youth Development Center in Manchester, YDC, is now called the Sununu Youth Services Center. Allegations have been made against other agencies that serve minors in the lawsuit.

The letter says that starting with the application, “the process screams that it will confront victims at every opportunity, force victims to prove minute details from traumatic events long ago, and force victims to split hairs that cannot be seen.

“Instead, for the mere hope of a low dollar award, the proposal requires claimants to run the gauntlet of an intimidating and painful process, subjecting them to recorded interrogation under oath and the express threat of criminal prosecution, only after giving away rights and foreclosing litigation,” the letter states.

Gov. Chris Sununu passed legislation creating a $100 million fund for the victims, but capped the amounts some can receive in a settlement.

The proposed guidelines suggest a fair compensation for a child who can prove decades later that he or she was the victim of rape is $200,000, and proposed amount for physical abuse resulting in permanent or life-threatening bodily injury is $50,000, according to the letter.

“The victims of abuse at the hands of the state can smell the manipulation a mile away. Besides the array of process issues, the claim values proposed in your settlement matrix are absurdly low,” the letter said.

“We have worked hard to develop first drafts of a claims process and guidelines, and we are hoping to have collaborative and constructive discussions with claimants’ counsel to continue to improve the process.

“The letter sent by Attorneys Rilee and Vicinanzo appears to be designed to score points in the press and not designed to provide substantive feedback and further the efforts to help victims,” Garrity said.

The Attorney General’s Office is currently in the draft stage of developing a claims process and guidelines and wants to work with the victims’ counsel to develop agreement on that process, to the greatest extent possible, Garrity said.

The Office has reached out to all members of the New Hampshire State Bar, invited them to participate, and asked for any comments they wished to share regarding the current draft.

“Our ultimate goal is a process that helps victims,” Garrity said. “We would stress that YDC victims who file a lawsuit can also file a claim in this process. If a victim does not agree with an offer, they have options. They can: negotiate for a higher amount; ask the settlement administrator to choose an amount that resolves the difference; or withdraw their claim and resume their court case,” Garrity said.