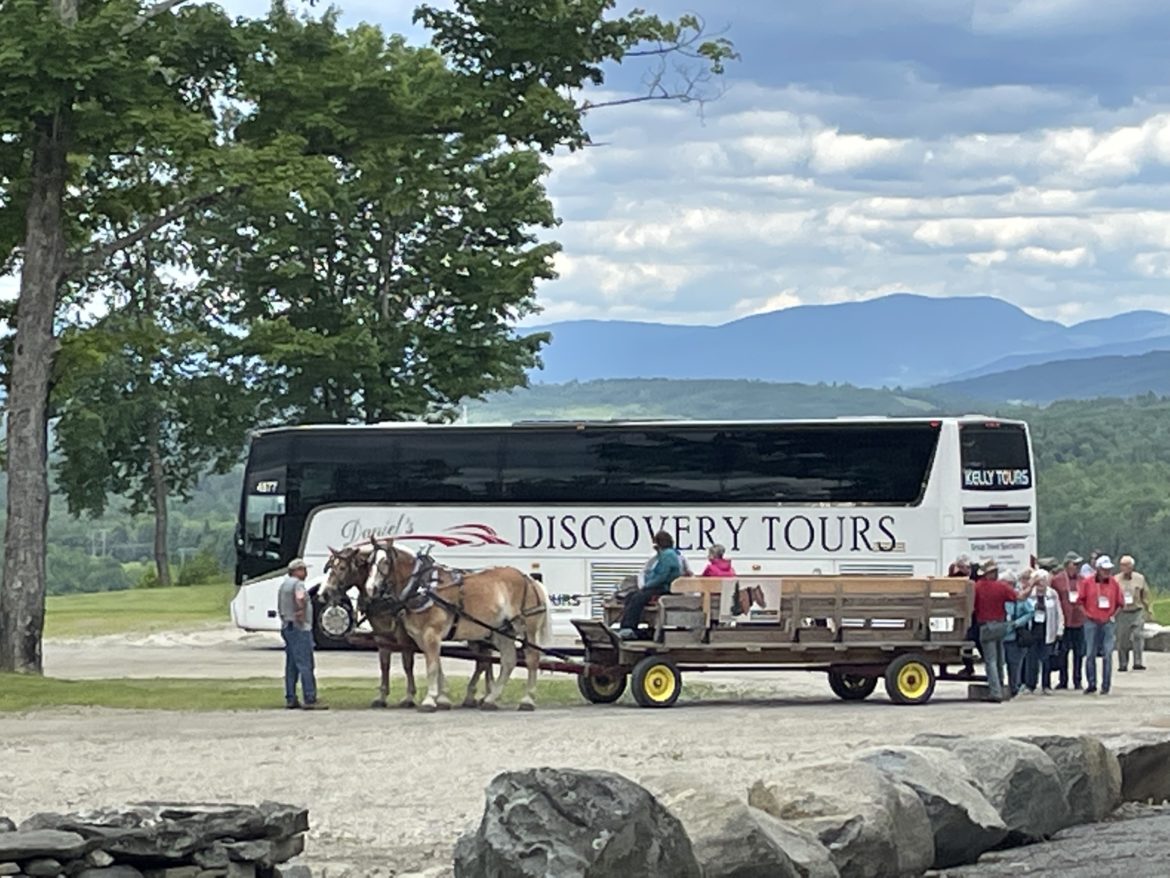 Friends and supporters gathered at The Rocks in Bethlehem Thursday for major announcement from the Society for the Protection of New Hampshire Forests.

BETHLEHEM – The SPNHF said Thursday it will create a new education and events center and move some staff north of the notches outside of Concord in announcing the planned $8.5 million transformation of the 1,400-acre Rocks Estate here.

Jack Savage, president of the Society for the Protection of New Hampshire Forests, said over half of the fundraising for the new center has been completed and construction will begin immediately.

It will be essentially the “Forest Society North at The Rocks,” a new satellite headquarters closer to the state’s vast woodlands.

A fire on the property in the winter of 2019 destroyed the largest building on this iconic track.

The loss of the “tool building,” he said, led to a pause and consideration for what the future of the track would be and whether to rebuild and what to build.

What a committee and the board of trustees decided was instead of rebuilding the tool building on its foundation, to renovate the adjacent 1884 Carriage Barn and leave the burned site as an open space with a new and commanding view of the Northern Presidential Range for outdoor activities and for its view from the headquarters and classroom space in the carriage barn.

Attending and participating in the groundbreaking were a number of state and local officials including Executive Councilor Joe Kenney of Wakefield who lauded the organization for its investment in the North Country and noted that the state would be partnering to help in ways that it could go forward.

“The Forest Society is an amazing organization with an inventory of (land) all over the state of New Hampshire,” he said. The state has worked with a number of conservation groups on its mission.

The Forest Society will continue with its Christmas tree farm operation on the site, popular for generations of families who come to pick out their Christmas trees and ride a horse-drawn wagon through the fields.
The facility will also see an expansion of its education opportunities at the Rocks with office space for other conservation organizations and other collaborators as well as open the property for events including weddings.

Peter Fauver of North Conway, a member of the Board of Trustees, said while the fire at the barn was tragic there was a silver lining in that it provided the Forest Society an opportunity to look at the property anew for the many values it could have into the future.

It was owned by the Glessner family and acquired by the Forest Society in 1979.

Savage told about 50 people who gathered for the groundbreaking that while the fire was devastating, “the removal of that four-story building suddenly opened up the central part of the property to those views.”
The fire put all options on the table including shrinking the Christmas tree operation and centralizing everything to its Concord headquarters or creating a new, satellite facility in the north of the state.
“We also came to understand internally that there is interest and demand here north of the notches…all the way to the Canadian border, in our core mission of land protection and forest management,” Savage said.

The organization is working to protect 3,700 acres in Shelburne and when completed it will be a $3.3 million project, the largest financially in its history.

“There is a time when we may have been shy about that because of how far it is from Concord but it is only 33 miles from here and that is representative of the kind of work, on a larger scale where we are protecting forest land north of the notches that renovating this places allows,” Savage said.
Attending the event was Jane Difley, retired president and forester who will be honored in the naming of the education center on the property in the carriage house.