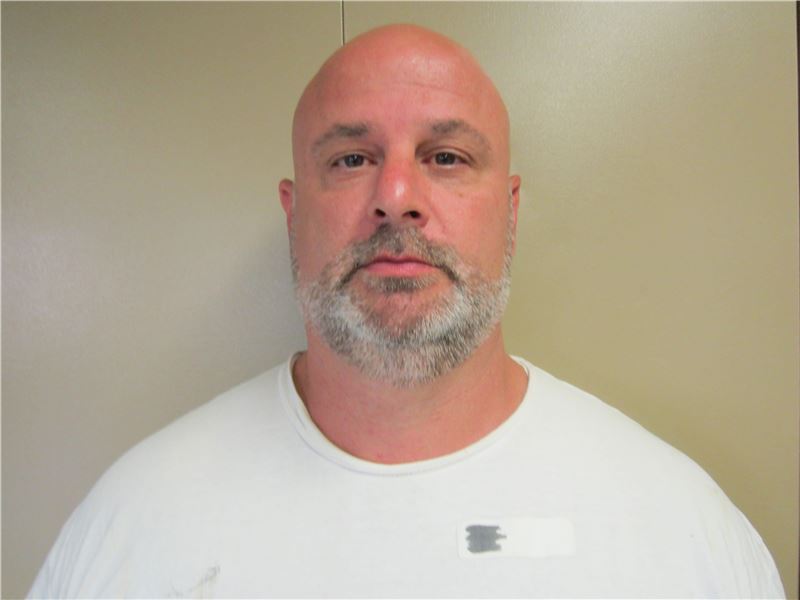 Jason Carroll was convicted in connection with the murder of Sharon Johnson in 1988. The New England Innocence Project is looking to prove he is innocent of the crime.

The New England Innocence Project is working to free and exonerate Jason Carroll who has spent 33 years in state prison for his role in murdering a pregnant woman whose body was found in Bedford in 1988.

Jason Carroll is 52 now and serving his time in the New Hampshire State Prison for Men. He was just 19 at the time Sharon Johnson was strangled and stabbed to death and left in a construction site in Bedford on July 28, 1988.

She was seven months pregnant at the time, and the baby died also. Police theorized she was kidnapped from the Mall of New Hampshire in Manchester where she had stopped after work to buy baby clothes.

The case went cold at first until then-Sgt. Roland Lamy of the New Hampshire State Police took over.

Lamy’s investigation led to the arrests of Jason Carroll, Tony Pfaff, 18, and the alleged mastermind, Ken Johnson, Sharon’s husband, a man she reportedly loved deeply, but who was known to have problems with gambling and drinking.

The main evidence against Carroll was a confession the defense claimed was coerced by Lamy and Carroll’s mother, Karen Carroll, who was then a Bedford police officer who believed she was trying to save her son by encouraging him to cooperate with authorities.

Cynthia Mousseau, the New England Innocence Project lawyer in New Hampshire working on Carroll’s case, believes he is innocent, that he was a kid pressured by his mother and Lamy to confess to a crime he didn’t commit.

“Jason had nothing to do with it,” Mousseau said. “Jason was convicted solely on a false and coerced confession to state police and his mother.”

Lamy, 81, has since retired and declined to comment about Carroll’s confession or other details of the investigation in case it does go back to court and he is called to testify.

Mousseau said she will first seek to have Carroll released on parole under a state law that allows inmates who have served two-thirds of their sentence to apply for early release. She said she will file that motion within the month.

Then she’ll look to filing a writ of habeas corpus to prove his innocence.

“We haven’t developed a full legal strategy for that yet. But we could file on any number of bases.

Carroll was ultimately convicted at a second trial of second-degree murder and conspiracy to commit murder and sentenced to serve 46 years to life in state prison.

“I don’t know whether there’s additional evidence that was withheld from the jury. What I think was that at the time of Jason’s case there was some science that just wasn’t being used at the time like DNA.

“So, we’re hoping that we’re going to be able to find some existing physical evidence and do testing on it. And that testing wasn’t available in the 80s. But it’s available now and might shed some light on the actual perpetrator,” Mousseau said.

She doesn’t believe the pocket knife Carroll turned in to police was the murder weapon.

Mousseau said there was a ligature used to strangle Sharon Johnson that was never discussed during Carroll’s confessions and never found. And gaps in his confessions that would show whether he participated.

“Why doesn’t he know what happened?” Mousseau asked. “He wasn’t there.”

Attempts to speak with Carroll were not successful.

Carroll, Pfaff and Ken Johnson were originally charged with capital murder which at the time meant they could face death by lethal injection if convicted, but a judge ruled it was unconstitutional.

Tony Pfaff was acquitted at trial and the attorney general dropped charges against Ken Johnson right before his trial, likely because neither Pfaff nor Carroll would testify against him. Ken Johnson and Tony Pfaff went free and have since died, leaving Carroll the only one convicted in the murder.

Police theorized that Ken Johnson paid Carroll and Pfaff to help him murder his wife so he could collect money to pay off heavy gambling debts after her death.

Sharon Johnson, who lived with Ken in Bow, worked in quality control at Digital Corp. in Merrimack and was the main breadwinner in the family.

Sharon Johnson was well-loved by family and friends and by all accounts was thrilled to be pregnant. Tony Pfaff dated Ken Johnson’s daughter by a previous marriage and was first to implicate himself by saying he helped to move Sharon Johnson’s car after the murder at Ken Johnson’s direction.

And Lamy interviewed Jason Carroll because he worked with Pfaff doing industrial cleaning.

“Lamy gets involved and develops this theory that Ken was involved based on his kind of own gut feeling,” Mousseau said, critical of Lamy’s investigatory methods.

“He develops the theory that Ken is involved and pursues that theory to the exclusion of all others. And essentially what he is doing is interviewing anybody that has anything to do with Tony,” she said.

Carroll changes his story a couple of times and “They give him a bunch of facts that they know,” Mousseau said.

Tina Nadeau, who was then an assistant attorney general, and now is chief justice of the state Superior Court, argued for the state in Carroll’s appeal before the state Supreme Court.

And Stephen Maynard and Eric Wilson argued for Carroll.

Carroll appealed arguing his confession was involuntary and that the police violated his right to remain silent.

According to Horton’s order, Carroll didn’t show up at work the night of the murder.

According to the order, Carroll was interviewed by police over a couple of days in November of 1989.

Lamy first interviewed Carroll on Nov. 24, 1989, at the National Guard Armory. Carroll admitted having been at the murder scene with Pfaff and Johnson but admitted no other involvement. Carroll agreed to continue the interview three days later and went home with his parents, Horton wrote.

At about 1:30 p.m., Carroll met Lamy and Morency in Morency’s office and they were joined by then-State Police Sgt. Neal Scott.

After Lamy reminded Carroll he was “still under Miranda,” Carroll denied any knowledge of the murder.

“In a sometimes raised voice, Lamy repeatedly said he did not believe the defendant. At about 2:45 p.m., the defendant asked to have his mother present.”

During the recorded portion of the interview, Carroll’s mother began to aggressively question her son and she and Lamy used raised voices at times, and several times Carroll began to cry, according to the order.

Two days later, Carroll agreed to another interview, and admitted he had been paid $5,000 and that he and Pfaff had forced the victim into the car at the mall. That night Carroll was charged with capital murder.

“Here, the trial court properly found that Karen Carroll, although a Bedford police officer, was not an agent of the State inasmuch as Lamy had cautioned her, first outside and then in the defendant’s presence, as to her private role.

“The defendant directs us to only one alleged exchange (we are unable to discern Lamy’s statement from the tape provided to us) involving Lamy that he argues was a promise of leniency:

“[Mother]: The longer you put off telling the truth, the harder it is gonna be, and the worse it is gonna be on yourself because you still have a chance to save your ass, my dear. I don’t want to see you go to prison

[Carroll]: I don’t want to go to prison either Ma.

“Particularly, the record strongly suggests that it was the torment of the (Carroll’s) conscience and his mother’s overbearing questioning that precipitated the crucial admissions during the interrogation.

“Without Karen Carroll’s frenzied, emotional and insistent questioning of her son, the defendant may well not have confessed. Consistently, it was her questioning, not Lamy’s, that reduced the defendant to tears and preceded his crucial admissions. Our constitution would not tolerate such conduct by a State actor, but here, Karen Carroll conducted herself in her private capacity as a mother.”

Attorney Mark Sisti represented Tony Pfaff, who was acquitted by a jury, in Sharon Johnson’s murder so he couldn’t speak to what went on in Carroll’s case.

“I wouldn’t put a whole lot of confidence in that investigation,” Sisti said. He said he travelled to North Carolina to interview potential witnesses in the Pfaff case and was told about being pressured by police.

“This was a terrible thing for them. (The state) wanted to kill these kids,” Sisti said referring to the initial capital murder charges. “Talk about putting on the pressure…It’s horrifying what can happen in an investigation.”