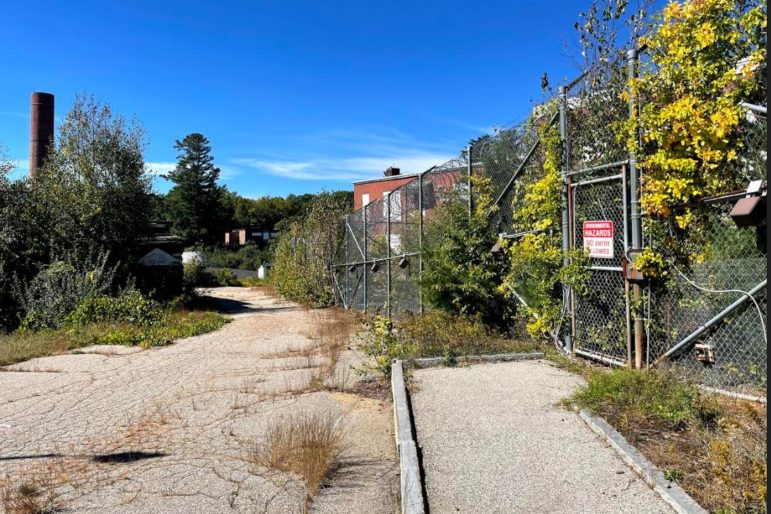 LACONIA – Gov. Chris Sununu gave the nod to a plan that would give bidders 60 days to come up with a sales proposal for the former Laconia State School property.

At the Executive Council meeting Wednesday, Commissioner of Administrative Services Charlie Arlinghaus was asked to give an update on what is going on with the efforts to market and sell the state-owned tract.
The question was posed by Executive Councilor Joe Kenney, R-Wakefield, whose district includes the Lake City. He said he wanted a timeline.

Arlinghaus said CBRE is the marketing agent for the property and he has been meeting weekly on the subject with a lake shore redevelopment authority. He said there have been “many” interested parties.

“People are starting to come in to see me once in a while,” said Arlinghaus.

He said the state is now looking at issuing a call for offers and giving bidders 60 days to come up with a proposal and concept for reuse.

“It wouldn’t be the last thing we do,” he said.
“It’s a weird complicated piece of real estate.”
Arlinghaus said, “I can’t predict who is going to fish or cut bait.”

Kenney said he shared the view and thinks “the state ought to move quickly,” which got a nod from the state’s chief executive officer who has directed this path toward the sale of the property, rather than another route the state can take which is to deem the property surplus.

Zoning would be a matter for the future buyer to work out with the city, Arlinghaus said.

One issue the state has related to the property is that the state currently uses the property in a building as its E-911 center and it is also the home to the Lakes Region Mutual Fire Aid dispatch center.

Both are currently housed in the Dwinell Building at the former state school.
In June 2021, Sununu directed the state to market the property as an “as-is” sale.

Last month, Commissioner of Safety Robert Quinn said the department has been able to identify a piece of land, a 10-acre hayfield at the corner of Meredith Center Road and Lane Road in Laconia and across the street from the Robbie Mills Sports Complex as the most suitable spot to relocate the two.
Construction would cost in the ballpark of $10 million, he said.

Quinn said it was important to relocate the regional fire dispatch center, which provides services for 36 communities, along with E-911 “as long as we can provide a state-of-the-art replacement.”
He said that the location of this field is crucial for radio tower colocation and redundancy and there is already a needs assessment for the new center underway.

Sununu said conversations are taking place to see if funds for such a center can come through federal American Rescue Plan Act grants or possibly using some of the state’s surplus funds.

Kenney said he has spoken with Laconia City Manager Scott Myers and the city council is in agreement with the Executive Council’s vote to swap around properties without cost, prior to the sale of the core area of the old state school.

Kenney said he would like to see a public opportunity on any plan that might be developed for a new dispatch center.
“While the city council is supporting it, I want to make sure the public is,” Kenney said. “If everyone’s happy, I am happy.”

The property is 100 acres in size with large brick buildings now pretty much empty and in various states of poor condition.

The plan is to sell the core facility with its aging brick structures which were first used to house people with developmental disabilities in the early to mid-1900s, then used as a corrections facility until 2009.