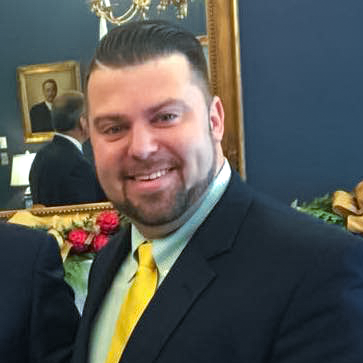 A domestic violence charge has been dropped against Deputy Insurance Commissioner D.J. Bettencourt of Salem, who had been accused May 5 of simple assault for allegedly dragging his wife out of bed by her forearms while yelling at her after reading a text on her phone.

There were no details available through a court spokesman except that the charge was vacated.

Bettencourt was suspended with pay immediately after his arrest, but will be back to work in the morning.

“Deputy Commissioner Bettencourt was out on paid leave and will be returning to work tomorrow morning,” said Andrew Demers, Director of Communications for the New Hampshire Insurance Department.

Bettencourt was Sununu’s former policy director and in 2021 started at the state Insurance Department with a salary of $108,000 a year.

At the time of Bettencourt’s arrest, Sununu said: “It’s my understanding D.J. has been placed on administrative leave while we await further details. Shannon (Bettencourt) has publicly asked for privacy for her family at this time and we should respect her wishes.”

Bettencourt was once New Hampshire’s youngest House majority leader, and a rising state in the Republican party under then-House Speaker Bill O’Brien.

According to a Union Leader report in 2012: “Bettencourt agreed to resign after he admitted fabricating reports for a law school internship, according to the House Republican who was mentoring him (then-state Rep. Brandon Guida.) Guida said Bettencourt only showed up at his office for one day, ‘where he did approximately one hour of legal work.’  He (Guida) later discovered that Bettencourt had submitted ‘extremely detailed’ reports about that internship, including court hearings he supposedly attended, cases he worked on and interviews with clients.”

A joint statement posted Wednesday on Twitter by Bettencourt and his wife Shannon said: “As we work through this difficult time, we have been sustained by our unconditional love for one another and a commitment to our marriage. Today it was rightly concluded that our incident was without legal viability. The only charge has been dropped and the case is over.

“We are relieved that the legal process is concluded, along with the ugly politics that permeated this unfortunate incident.

“Domestic violence is unacceptable and must always be taken with the utmost seriousness. In these situations, allegations must be fully and thoroughly investigated, and the process must be allowed to proceed to its appropriate conclusion as it did in our situation. In fact for over a month, this case had six different prosecutors to ensure that it was handled properly without conflicts of interest or political influence.

“While we engaged in an argument that escalated beyond anything that either of us finds acceptable and is a thoroughly embarrassing experience, this incident was never domestic violence. It was a terrible misunderstanding that spilled into the public arena and made public some of the most sensitive details of our private lives. We deeply regret the incident and have both learned a critical lesson in communications, calm and trust.

“In the last few weeks we have been overwhelmed by the outpouring of support from family, friends, colleagues and even strangers who shared sentiments of love, compassion, grace and understanding.

“Life is messy. Marriage is hard and imperfect. Professionally we will get back to serving the public. Personally in the end we will move forward with perspective, patience and focus on raising our children and strengthening our relationship with love and perseverance outside the public spotlight,” the statement on Twitter concluded.