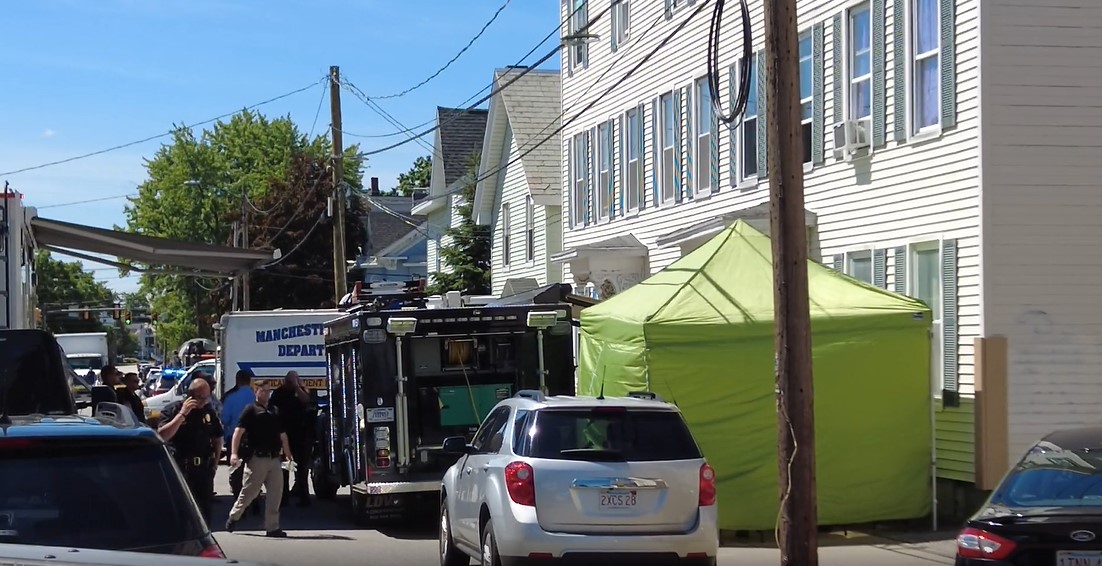 Law enforcement officers on Tuesday searched the former Manchester residence of Adam and Kayla Montgomery, the father and stepmother of missing Harmony Montgomery who was 5 when last seen more than two years ago, according to a news release from Attorney General John Formella.

Manchester Police, the FBI and other agencies searched 644 Union St. as part of “the continued investigation of the disappearance of then 5-year-old Harmony Montgomery in 2019. 644 Union Street is a focus of the investigation as it is a location where Adam and Kayla Montgomery previously lived,” the release said.

Officials asked the public to respect the privacy of the current residents of 644 Union Street and to stay off their property as the investigation continues.

Police asked the public if they have any information to call or text the 24-hour tip line dedicated to Harmony Montgomery’s case at 603-203-6060.  The reward for the location of Harmony is now at $150,000.

New charges against Kayla Montgomery, Harmony’s stepmother, were filed just over a week ago alleging she lied to a grand jury about her employment. Kayla Montgomery was charged with two class B felony perjury counts after she allegedly lied during testimony last month, according to the complaints filed in court.

She was testifying before the grand jury convened in the Hillsborough County Superior Court — North in Manchester when she lied about the location of her employment, and the timing of a particular shift, according to the complaints.

It is not known why Kayla Montgomery was testifying before the grand jury, and if her testimony is related to the disappearance of Harmony Montgomery.

Kayla Montgomery is also charged in a firearms case connected to Harmony’s father, Adam Montgomery, and welfare fraud related charges for allegedly accepting benefits for Harmony when the girl wasn’t living with the family.

Harmony has been missing since 2019 when she was 5 years old, and so far, no one in her family is saying what happened to the girl.

Both Kayla Montgomery and Adam Montgomery have been held on charges related to the investigation, but no one has been charged in Harmony’s disappearance.

Adam Montgomery was charged in April with stealing a rifle and a shotgun from an unidentified individual. He is also charged with child endangerment, custody interference and second-degree assault for allegedly giving Harmony a black eye in 2019.

According to authorities, Kayla Montgomery told police that Harmony’s father, Adam Montgomery, 31, had taken her to live with her mother in Massachusetts around Thanksgiving that year. Adam and Kayla Montgomery, together with two common children and Harmony were evicted from 77 Gilford St. in Manchester on Nov. 27, 2019.

The abuse allegation against Adam Montgomery was investigated by a caseworker with the New Hampshire Division for Children, Youth and Families, who ruled it “unfounded.”